Bedfordshire Police say they’ve “found and dismantled” a number of cannabis factories over the last few weeks, with large scale operations found in Bedford Borough and across the county.

On Thursday (18 March), officers raided a large unit on an industrial estate near Great Barford and found hundreds of cannabis plants at various growth stages.

It’s thought the haul is worth tens of thousands of pounds, a car worth around £170,000 was also seized.

A man in his 60s was arrested at the scene on suspicion of cultivating cannabis and possessing an offensive weapon. He has since been released on police bail.

The activity is part of a crackdown on cannabis cultivation, county lines and criminal exploitation, with a number of drugs warrants and arrests made since the beginning of the month.

Police say cannabis is an ongoing problem as it is “relatively cheap to produce” and there are “thousands of customers in Bedfordshire alone to sell to”.

“Organised criminal gangs use drugs as their main source of income, and growing and selling cannabis is a key part of this business model,” said Detective Chief Inspector Louisa Glynn

“These gangs then deliberately exploit young and vulnerable people and drive much of the violence and antisocial behaviour that blights our communities.

“Very few of these vulnerable people earn a great deal of money and they are merely exploited through their circumstances and fear of violence.”

Figures show that since April 2020, Bedfordshire Police have disrupted 19 county lines, which has resulted in 33 arrests.

Nearly all of Bedfordshire Police’s investigations into county lines identified vulnerable or exploited children being used to run the drugs.

Officers say they are concerned that organised crime gangs are increasingly recruiting and exploiting children into dealing with the Class B drug.

To help combat this, officers have begun working closely with partners to launch Bedfordshire Against Violence and Exploitation (BAVEX).

The group seeks to increase awareness of modern slavery, cuckooing and criminal exploitation in the county. 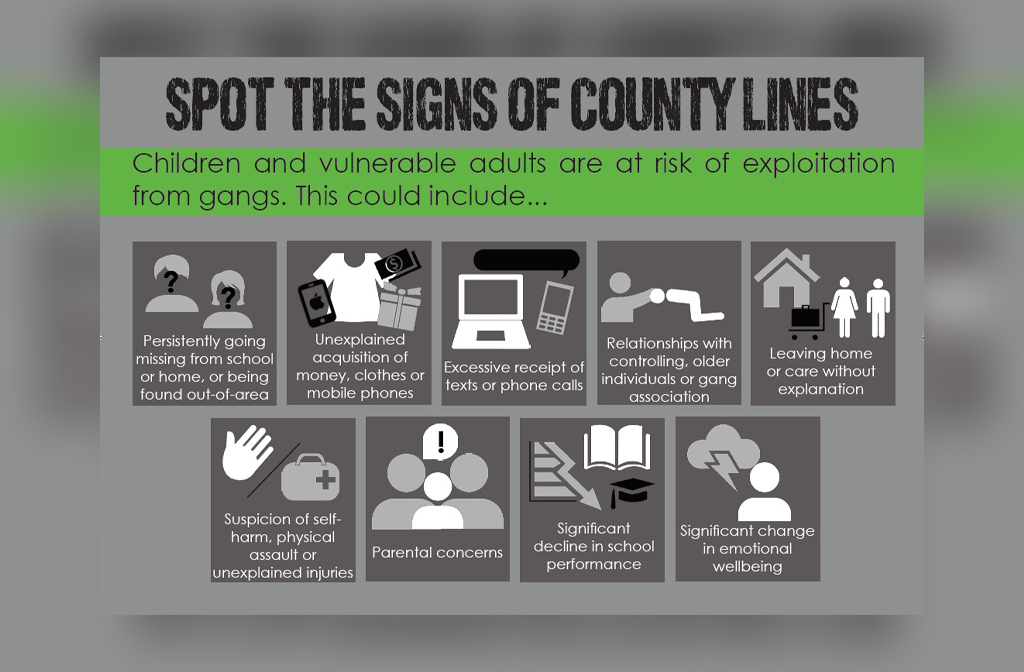 “We are working tirelessly to crack down on these crime types and will continue to make our county a hostile place for anyone looking to run drugs lines into our communities or exploit vulnerable people to further their criminal enterprise,” added DCI Louisa Glynn.

It is believed that there are around 20 county drugs lines operating in Bedfordshire at any one time.

By destroying and disrupting these operations, police can help protect people from falling victim to other crimes as a result of this, such as exploitation and gang violence, which is often involved in the distribution of drugs.

A number of arrests related to county lines and suspicion of supplying drugs have also been made this month to disrupt supply. One man was arrested on suspicion of forced labour.

During the searches, large quantities of cash and both Class A and Class B drugs were seized, along with a machete and a samurai sword.

If you have any information about drug activity, contact the police on 101 or via the online reporting centre on the Bedfordshire Police website.

To find out more about the work we are doing to tackle violence and exploitation in Bedfordshire, visit bavex.co.uk.