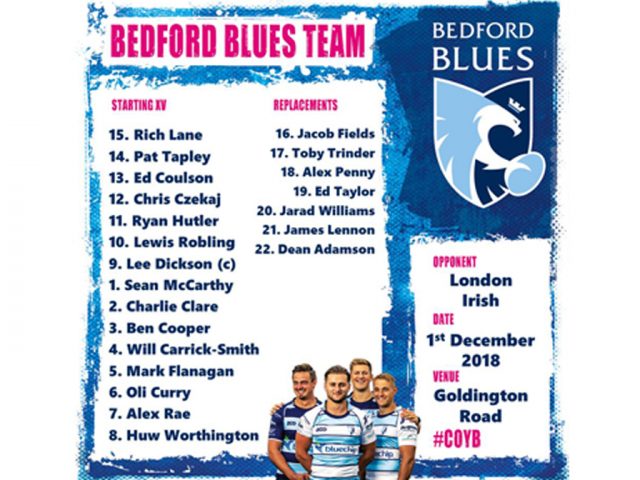 It’ll be a landmark match for two of Bedford Blues‘ finest this weekend as they take on London Irish at Goldington Road in the Championship Cup.

Prop Ben Cooper will reach his century while player/coach Alex Rae will chalk up his 150th appearance for the Bedford side.

Each milestone is quite an achievement separately, but Blues director of Rugby Mike Rayer said having two like this on the same match is quite something; “It’s a phenomenal achievement to have two such committed players making so many appearances for Bedford.

“Ben and Alex have both given so much to this club and in this modern era of rugby, it is great to see them joining the likes of Paul Tupai, Ollie Dodge, James Pritchard and Sacha Harding, to name but a few, in dedicating themselves to the Blues. The great thing is, that they both have a lot more rugby in them and will continue to give their all for the Goldington Road faithful.” 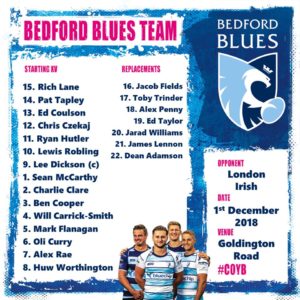 As for facing London Irish, the Blues will be looking to make up for last weekend’s disappointment away at Madejski Stadium.

The Blues will welcome back captain Lee Dickson at scrum half and Rae and Cooper will naturally take their place in the starting line-up. Meanwhile, Will Carrick-Smith comes in at lock and there are also starts in the back row for Oli Curry and Huw Worthington.

Blues Bonus: Have you seen that the Blues have got together with Oddballs to create the perfect Christmas present and raise awarness of Testicular Cancer at the same time? The official range of underwear, for boys and girls is available at the club shop.