The Ladbrokes shop front in Bedford’s town centre is still in a severe state of disrepair, despite assurances from the book maker’s management that they would clean-up the signage.

In November 2018, the Bedford Independent contacted Ladbrokes to encourage them to improve the state of their shopfront. The signage had become home a pair of nesting pigeons, the fascia was covered in bird droppings and paint was peeling from all window frames.

We were assured by an area manager that new signage had been requested and that the shop front would be cleaned up shortly. 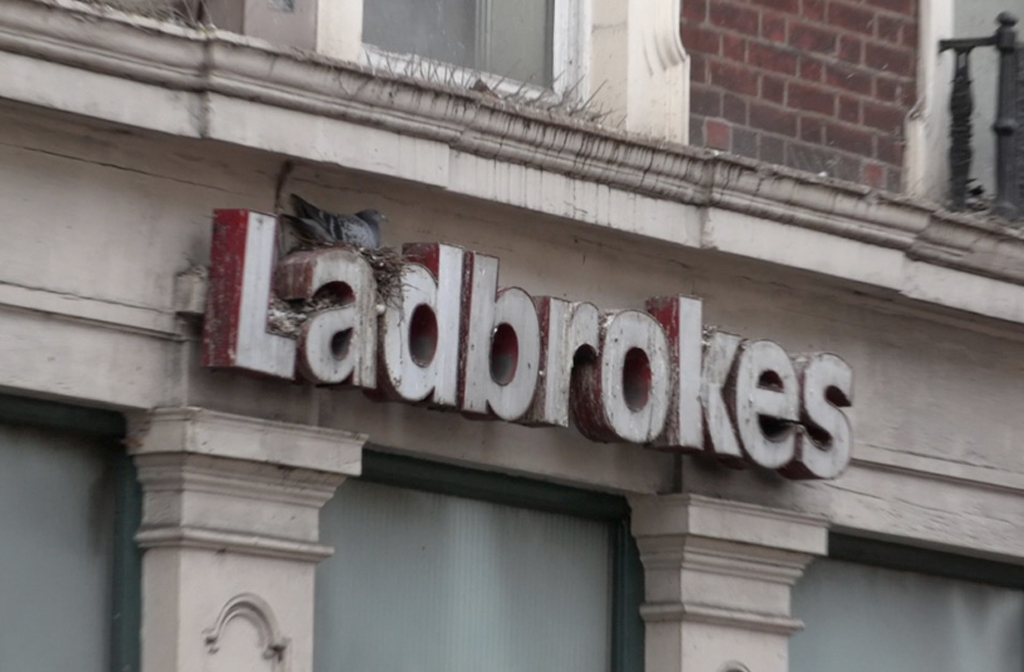 Three months on, and the roosting pigeons, nest and abandoned egg are all still there, along with added bird droppings. Ladbrokes have not responded to multiple requests for an update.

Speaking to shoppers in Bedford, all agreed that the shop made the high street look messy and was unfair to neighbouring business owners who work hard to keep their shop fronts clean and tidy.

Director of Operations for Bedford BID, Christina Rowe, added: “The matter is now being investigated by the Council with a view to engaging the landowner to resolve this matter”.

“While the Council’s powers are limited, businesses must have pride in their own appearance and do all that they can to enhance the visual appearance of our town centre.

“Bedford Borough Council has been instrumental in a number of fantastic improvements along Bedford High Street, most notably through the Townscape Heritage Initiative which saw a multimillion pound investment and the restoration of 16 properties.”

According to the Financial Times, Ladbrokes Coral’s operating profits were up 7% to £158.3m in 2017.

They are now part of GVC Holdings PLC, a multinational sports betting and gaming group operating through online and retail channels. GVC posted interim profits of £763.2m in 2018.

The building was built c1860 for Thompson & Son, Stationer/Printer/Bookseller. In subsequent years it has been used by Northamptonshire Union Bank (1890), National & Provincial Bank (1938), and then Ladbrokes Betting shop in 1976.

Upper stories were originally offices and storage for Thompsons, becoming rented offices and then apartments in more recent years.