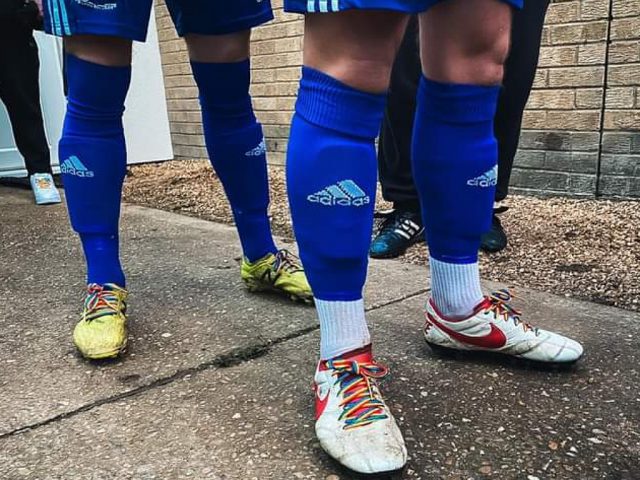 Bedford Town’s Southern League Central Division One game at Kidlington this afternoon has been abandoned at half-time with the home team refusing to come out for the second half.

Gary Setchell’s side were leading 1-0 at the break thanks to Connor Tomlinson’s strike on the verge of the interval, but the game has been abandoned amidst reports of an altercation in the tunnel.

“Farcical scenes here at Kidlington as the home side are refusing to come back out of the dressing room from half-time.

“There was an altercation as the players went off, and the police are involved. There will be an official statement from the club at the appropriate time.”

This is not the first controversial moment for the Eagles this season; an FA Trophy tie was abandoned in the final minute due to a brawl between Bedford Town and Potters Bar in November.

There is currently no indication as to the reason why Kidlington refused to come out for the second half but onlookers have commented that the Police are involved.

A statement released by Bedford Town on Sunday lunchtime provided no more details as to what occurred, with mystery now surrounding what will happen next.

“It is still unclear what the facts are, but what is known at this stage is that match officials made the decision to abandon the game at the start of the second half, when Kidlington refused to return to the pitch for the second half.

“The club’s staff are working with the Football Association and the Southern League to investigate the situation and assist with any decisions regarding the outcome of the match.”

“Until that has been concluded, there will be no further comment from the club.”

Thames Valley Police have confirmed that an allegation of assault was made at 4pm, but no arrests have been made while an investigation is ongoing.

Both Bedford Town and Kidlington FC have been contacted for comment but no response has been received at the time of writing.

Bedford Town remain top of Southern League Central Division One following the abandonment, but title rivals Berkhamsted closed the gap to two points after a 2-1 victory at Hertford Town.