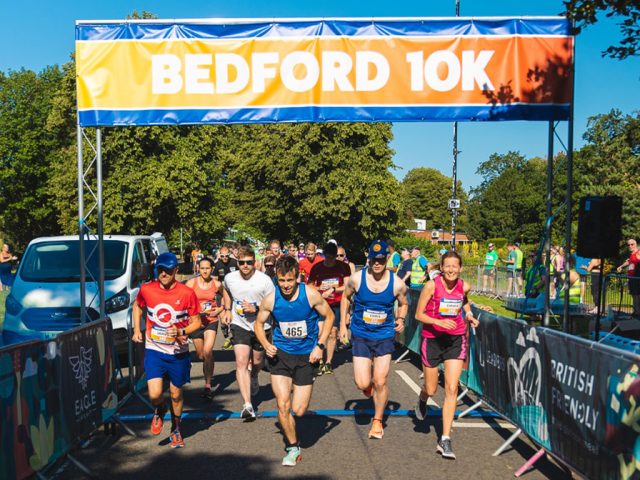 The event started and ended along Bedford’s Embankment, and passed through much of the town’s landmarks and Priory Country Park in a sweltering heatwave.

“The Bedford 10K was a huge success and it was fantastic to see our runners in action again,” said Mark Draper, Meeting Director.

“We’ve received very positive feedback and it has given everyone the confidence that we can safely deliver a mass participation running event.

“Thank you so much to our entire event team who made it possible, and the ongoing support from the Bedford Borough Council.”

The weather was glorious and runners were rewarded with a bespoke finisher medal and a goodie bag which included sweet treats and product samples.

Bedford Running Festival is set to return on 3 September 2021, for a three-day event with race distances from 5k to 20 miles.