US TV host, John Oliver may be best known for hosting HBO’s Last Week Tonight, but many Bedfordians remember him when he looked like this.

One of Bedford’s most successful exports, John was a student at Mark Rutherford School in Putnoe in the 1980s and 90s, an era of peanut ties and massive glasses.

John has hosted the satirical Last Week Tonight since 2014 and now lives in America with his wife and two children.

John’s former teacher at Mark Rutherford, Mr Nicholls remembers him as, “…always brilliantly witty but I have a feeling we teachers were nascent material and my lessons were a free stage.

“Little did I realise at the time that his peculiar owl jokes would lead him so far. Bedford should be proud of what he has achieved.

“I’m looking forward to the new series. John was a superb student. He worked hard, got on with the job of being successful at school and made us all smile.”

Back in 2017, John was interviewed by Stephen Colbert on the Late Show and asked about his hometown of Bedford.

They then performed a sketch featuring Bedford of Bedfordshire’s Community Calendar which featured the ‘what’s on guide’ of our sister publication, The Bedford Clanger, alongside Rogan’s Books, Ready Steady Roll and the Marston Vale Forest Centre.

During his school years, John was instrumental in the Bedford Young Players theatre group. Many of his fellow performers remember him fondly.

“He helped to run Bedford Young Players on a Sunday afternoon. We were in many shows together at The Bowen West Theatre and the old Players building.

“He was a bit of a big brother figure for me and my friends. I clearly remember him being comforting when some lad made me cry. A really lovely and extremely talented fella.”

Bill Lay said, ” I first met him when he was eight and played Mike Teavee to my Willy Wonka – he had lots of stage presence even then.

“Later I directed him in Servant of Two Masters, Brighton Beach Memoirs and Two Gentlemen of Verona. I remember him missing an entrance and improvising creatively in a Shakespearean way.”

“I remember the missed cue because I was the panicking stage manager,” said Lissy. “He walked on gracefully and said, ‘good Lord, that was an awfully long corridor!'”

“That was it – not exactly Shakespearean,” said Bill. “He was a lovely chap to work with and he did a lot for Bedford Young Players and also the County Youth Theatre. Always friendly and supportive – we missed him when he went off to the footlights in Cambridge, but he deserves his success.

“Our loss is America’s gain, though Trump might not agree”

Actor, Cally Lawrence, said, “I ran Bedford Young Players for about five years and Sunday afternoons were a joy.

“John was creative, intelligent and a great actor. I directed him in several shows and was delighted that he went on to help run the group after I left.

“The last time I saw him in person we went for a coffee in Wimbledon where I was appearing in James and the Giant Peach and he was arranging his next stand up tour.

“I remember we talked about how brilliant the theatre community had been in Bedford and how it had helped us on our way to our lives in “show biz” Lots of great memories.”

Richard Millard, retired headteacher at Mark Rutherford who taught John PE during his time at the school, said, “Oliver was a very nice lad. Academically he was very bright but not particularly sporty.” 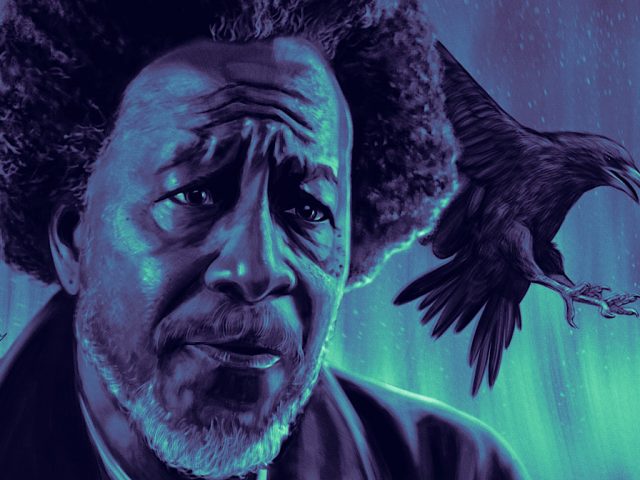