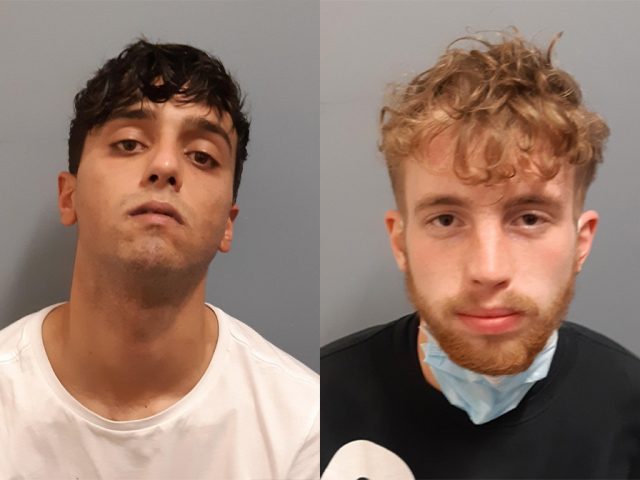 Two men who used a Mercedes stolen from a home in Bedford to carry out a crime spree across Beds and Cambs have been jailed.

Aiden Long, 20, and John Stanley, 21, were sentenced to three-and-a-half years in prison at Luton Crown Court last Friday (4 June) after admitting a string of offences where cash, jewellery and cars worth more than £20,000 were stolen.

Their crime spree began in Cambridgeshire on 24 November last year. The pair, who were driving around in a white Suzuki Celerio, broke into homes in School Lane, Cambourne and Rogers Close, Elsworth where jewellery, tools and identification documents were stolen.

On the same night they travelled to Headlands in Fenstanton armed with a sledgehammer and gloves but were disturbed by the owner who returned home.

On 29 November they struck again in Chestnut Grove, St Neots using a paving slab to smash into the home and steal £100 in cash.

They then travelled to Bedford and on the same day, made off with a Mercedes A Class after breaking into a home in Armstrong Drive.

The white Suzuki was found burnt out in Biggleswade.

Using the Mercedes as their getaway car, the pair then continued the spree, using paving slabs to break into homes in Keeley Lane, Wootton on 1 December and Hereford Road, Luton on 2 December making off with further jewellery.

However, their two-man crime wave was to come to an end in Kempston that day.

As they were running away from a home in Orchard Street, Kempston on 2 December, armed with stolen items and masks over their faces that they were stopped by officers on patrol and arrested.

Officers found the Mercedes parked up nearby full of stolen goods from burglaries.

A further search of Long’s home found further stolen items, the clothes he was seen wearing on CCTV when breaking into the Cambridgeshire properties and a receipt linking him to the Suzuki.

Long, of Urban Way, Biggleswade pleaded guilty to seven counts of burglary and one count of attempted burglary. He also admitted a further 16 offences which were taken into account.

Stanley, of Sandon Close, Sandy pleaded guilty to four counts of burglary. He also admitted a further 67 offences which were taken into account.

Detective Constable Kevin Howes, from Operation Maze, Bedfordshire Police’s dedicated burglary team, said: “These two young men engaged in a chaotic period of offending last year, when officers from our team caught them in the middle of committing a burglary in Kempston.

“Between this time they were prolific in their offending, targeting many properties across Bedfordshire and Cambridgeshire, causing pain, heartache and financial loss to many victims.

“Inevitably, burglary can have a long-lasting impact on victims and I hope that those affected are able to find comfort in the knowledge that these men are now serving custodial sentences.

“I hope that these sentences give Long and Stanley time to reflect on their actions and make better life choices in the future. We will continue to work hard to bring offenders to justice.”