The first Bedford Blues’ game of 2019 could give them a points equaliser with second place Ealing, currently just five points from the table top spot in the Greene King IPA Championship.

It’ll be tough as the visiting Trailfinders have an excellent record, having only lost once in their last nine Championship outings and only one other time against London Irish. 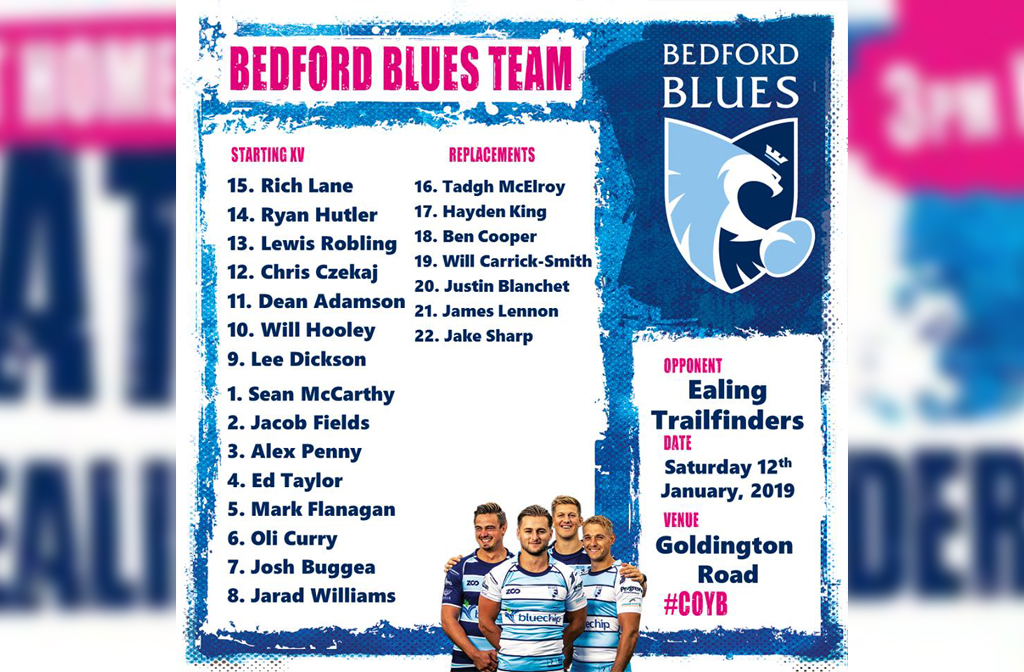 The Blues meanwhile have won their last five league games, most recently 27-11 over Richmond.

The clash will be extra spicy too with several players on both teams having played for their now opposing side. But, as Director of Rugby Mike Rayer explains, it’ll be the same starting XV that he picked against Richmond three weeks ago.

There will, however, be only one change on the bench with Jake Sharp joining scrum half James Lennon.