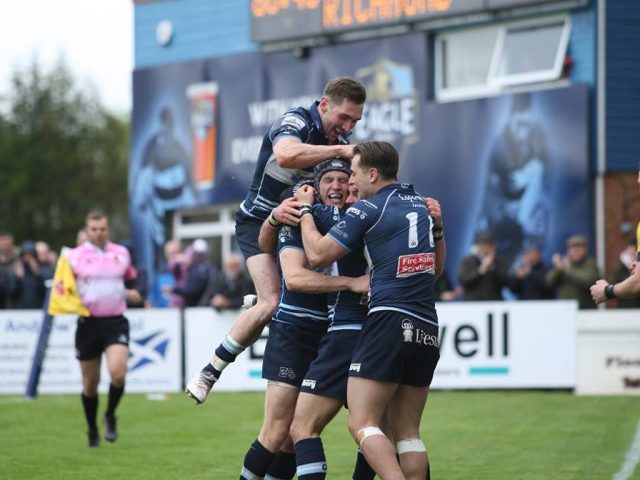 Bedford Blues will face a determined Nottingham side at home this afternoon, as they battle for their place in the final round of the Greene King IPA Championship from 3pm today.

While our lads will be hoping to finish the season as they started, they know that Ben Fowkes’ men won’t give up the points easily in a bid for themselves to finish as high up the table as possible.

Bedford head into the game after a frustrating defeat to Ealing Trailfinders last week and home fans will be hoping for a much more positive performance at Goldington Road.

Blues’ Director of Rugby Mike Rayer said: “The final match of the season is always an enjoyable experience but we still have a job to do and won’t be taking anything lightly against an impressive Nottingham side.

“The lads were hurting after the defeat to Ealing last weekend and we felt that we let the travelling supporters down a little but we are looking forward to seeing the season out and the players are in determined mood.”

There are two changes in the backs and three in the forwards this weekend.

Matt Worley takes his place at outside centre while Alex Gliksten starts at scrum half.

Ben Cooper will sign off his Blues career with a start in the front row while Mark Flanagan bids a fond farewell from the second row and Josh Buggea returns on the flank.

As always the fun doesn’t stop after the final whistle. Mike adds: “Of course, once the game is over, we will have the chance to join fans in the marquee and take the opportunity to say thank you and goodbye to the likes of: Ben Cooper, Camilo Parilli-Ocampo, Mark Flanagan, Charlie Clare, Hayden King, Huw Worthington, Justin Blanchet, Jarad Williams, Joe Britton, Harry Sheppard, Chris Czekaj, Jake Sharp and Lee Dickson who are all leaving Goldington Road this summer.”

Good luck, Bedford Blues. The Bedford Independent is always behind you.