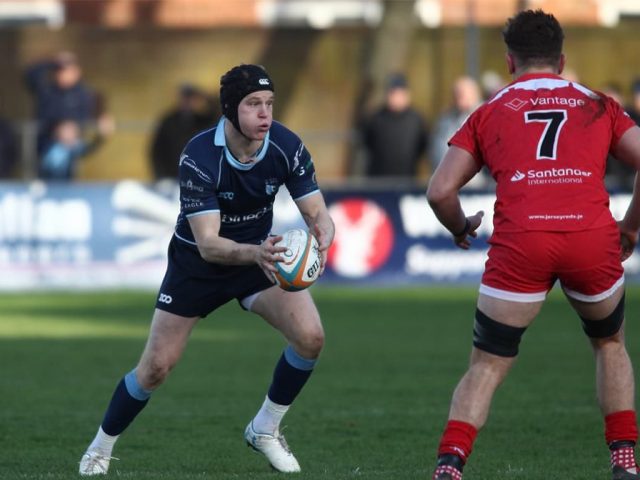 I can probably speak on behalf of the majority of the town. When you think about Bedford, the Blues is high on the list.

The infamous Goldington Road ground nestles itself perfectly into the centre of Bedford. It is a bedrock of entertainment and the ideal meeting place.

With the UK being hit by COVID-19, and a Championship season subsequently cancelled, that bedrock has sadly gone very quiet.

Bedford Blues supporters have had rugby ripped away from them, and as any current player or staff member, the day-to-day job has been suspended.

With no end to the season, there is an odd and sad feeling in the air.

Players who planned retirement are given no final parade and those leaving the club have no opportunity to share a last beer with teammates, staff and of course the fans.

The club has announced some players moving on, and one of those is dually myself. In a time when face-to-face communication is hard to come by, social media and media press platforms are as good as you are going to get to express any form of thanks.

Luckily for me I have been given the invaluable opportunity to work with the Bedford Independent over the last couple of years.

Read: Will Hooley writes for the Bedford Independent

Much like playing at Bedford Blues, I have enjoyed writing for a local media news desk who wishes to produce its best for the town and its citizens.

To everyone at the ‘BI’, I want to thank you for the opportunity you’ve given me to develop my writing skills and uncover some of Bedford’s sporting gems.

Bedford has been an integral part of my life, as well as my partner’s. Having arrived from Exeter in the summer of 2017, we didn’t really know what to expect.

We definitely did not expect to fall in love with the town and the rugby club as much as we have done.

There was a reason that Goldington Road was labelled in the top ten rugby grounds in the world by Sunday Times rugby writer, Stephen Jones.

It has been a joy to call home, and I think an even bigger joy for my partner to drink and natter away in the infamous Blues marquee!

There have been some personal standout memories in my time at the club.

The amazing winter day in 2018, during the ‘beast from the east’, where the club’s supporters and staff came together to remove a heap off snow from the pitch to allow us to play against Yorkshire Carnegie.

We managed to repay those efforts and produced one of the best Bedford Blues performances I’ve been a part of, winning the game comfortably.

Many victorious away fixtures also hold great recollections, with the amazing Bedford Blues following that would always travel in numbers to shout support.

Brilliant results away from home, against Munster A and Cornish Pirates in 2018 are up there as some of my personal favourites.

Even this season, which got off to a very sticky and slow start, produced some fantastic wins in the dying minutes; like against Jersey in February where Goldington Road really did find its voice again.

I’m sure all players and fans will have their own unique favourite games, such is the way Bedford Blues play, on the edge of your seat action, packed full of skill and determination.

The thing I’ll miss most from my time at the Blues is the people that make up our team.

It is not just the coaches, but the back-room staff, administrators, physios, doctors and groundsmen who are all down to earth people wanting the best for the club.

Above all though, I’ll miss the players. There has always been a great bond within the changing room at Goldington Road, something you don’t always get at every club. There is some unbelievable talent, along with some true quality Championship veterans.

We shared so many great memories both on and off the field. Some of those men I truly regard as some of my best mates, a bond that rugby so brilliantly gives you.

Unfortunately, not all players will stay at the club, but I wish all those who are moving on to new clubs, or new chapters, the best of luck.

I have no doubt that I will continue to be in close contact with many of those remaining and going elsewhere.

Lastly, I’m sure I speak on behalf of all those who are leaving, I want to thank the Bedford Blues fans for their faithful support.

Through the good and the bad, the Blues fans continue to show up in numbers and in voice. Without your support the club simply would not be what it is.

Now more than ever, Bedford Blues will need to rely on that faithful and brilliant support. Rugby is in vulnerable place and will need all those involved to get behind the team in more ways than one.

I’ve got no doubt that this will happen.

The Bedford Blues bedrock maybe quiet for now, but rest assured the masses will return and the noise will be as loud as ever.

I’m very excited about my next challenge in my rugby career. For now, I wish all those at the club the very best, and look forward to catching up and reminiscing about those fond memories of my time at Bedford Blues.