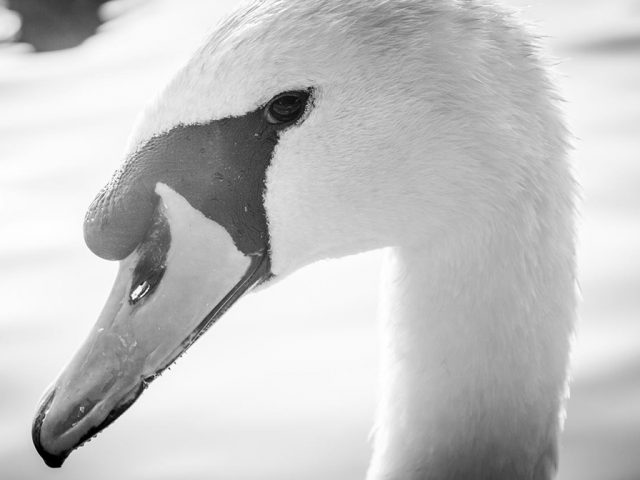 The media has recently been full of conflicting information about what can and can’t be fed to waterfowl as winter approaches, causing a lot of confusion with those wanting to know what’s best for our feathered friends.

Scare stories across social media have surfaced about the damage that too much white bread can have on waterfowl, followed by allegations that swans were suffering malnutrition as the public ceased feeding them.

As Bedfordians we’re rightly proud of the swans on our rivers, lakes and ponds. During the winter months, when their natural food sources are scarce, we want to make sure we’re feeding them the right things.

To get a definitive answer, the Bedford Independent sought expert advice from the RSPB and David Barber MVO, the Queen’s Swan Marker: “Swans eat aquatic vegetation, which their long necks equip them to take from the riverbed. They take the molluscs which cling to the vegetation and also eat small fish, frogs and worms,” said the RSPB.

“Obviously, in extreme cases, if swans are eating nothing but bread and filling up on this so much that they don’t eat anything else, they will not be getting some of the essential nutrients they need.

“While bread may not be the best dietary option for swans compared to their natural food such as river weed, it has become a very important source of energy for them, supplementing their natural diet and helping them to survive the cold winter months when vegetation is very scarce,” said David Barber MVO.

According to David, the ‘Ban the Bread’ campaign has had a negative impact on the swan population, leading to underweight birds and causing swans to wander into urban areas to search for food. “This poses the further risk of swans being hit by vehicles” he adds “malnutrition also increases their vulnerability to fatal diseases like avian-flu which has caused the deaths of many mute swans and other waterfowl in the past.”

Furthermore, there have been statements made in the media claiming that feeding bread causes angel-wing in swans. Angel-wing is a condition where a cygnet develops a deformed wing. Professor Christopher Perrins, LVO, FRS of the Department of Zoology at Oxford University stated: “There is no evidence of a connection between feeding bread and angel-wing; at least some cygnets develop this condition without ever having seen any bread.

I therefore encourage members of the public to continue feeding swans to help improve their chances of survival, especially through the winter.”

Meanwhile the RSPB has also issued the following advice: “It is only in freezing weather that extra food can be helpful. Many people like feeding bread to swans, but when it’s fed in large quantities, it can cause dietary problems, and is no substitute for the proper diet that the birds themselves will seek out.

“Grain, such as wheat, and vegetable matter, especially lettuce and potatoes, can be fed to swans. Food should be thrown into the water to avoid encouraging the birds onto the bank.”

So, the case is clear: while there is no harm in feeding bread to Bedford’s swans, it is important that this not their only source of food. Mix it up with lettuce, potato, grain and specialist wildfowl food to do your bit to keep our swans safe this winter.