A recent guest at our Bears & Tales Unplugged sessions, Sara Music has just released her debut single!You can hear and save the full version here >> https://tinyurl.com/ukoh9hy

The band all hail from Beds, Herts and Bucks, with synth player Toby from Ampthill and are managed by Bedford-based Gareth Barber.

They have cut their teeth playing gigs in Bedford, including performing in front of Steve Lamacq at Esquires in January as part of Independent Venues Week.

Sara’s musical output began with the release of her home recorded lo-fi EP ‘Haunt’ in 2017. With no press or plugging, she received track of the week from Three Counties Radio’s BBC Introducing while racking up plays of nearly half a million on Spotify.

Ahead of the single launch, Sara have been performing live throughout October and November, including a date at Bedford’s Bears and Tales in November.

Can you tell us about how your songs come to you?

It usually comes about when there’s something I really want to vent. In those moments, I switch on my phone’s voice recorder and just start singing the words I want to say out loud.

As I’m improvising, I’ll often find a melody that pairs up with what I’m trying to express – and then I just build the song from there.

Do you have a specific audience in mind when you are writing?

It’s probably an obvious answer but I’m writing for people like me. During my lowest moments, I was always so desperate to relate to someone and feel less alone.

So I’m writing for that person who just needs to be told it’s going to be okay and that they’re understood.

More and more I find myself driven to write songs about the queer experience, because I know how much artists like Frank Ocean, King Princess and girl in red have helped me on my own journey.

I’m always so restless with ideas, and when I was performing solo it was frustrating because I wanted to materialise all these different parts that I couldn’t possibly do all by myself (unless I strapped a drum to my back and played the piano with my feet).

So having Tom and Toby has really opened up so many doors musically! It’s also great pre-performance – we always have a hug before we go on stage which definitely helps with the nerves.

Has this changed your approach to writing?

Massively! The restriction I felt before has gone, and I don’t brush off any ideas as too big for me.

Can you tell us a bit about how music helped you cope with mental health issues?

Music, as is the case for a lot of people, has got me through some really difficult years. I think it’s amazing that a random person on the other side of the world can write something that speaks to me personally.

A lot of the time we feel alone in what we experience, and I’ve always found a sense of comfort in being able to relate and know that I’m not the only one. Writing songs has made me feel like I have some kind of purpose, and that maybe I can provide that same comfort to someone else.

Were you offered support to help you deal with your experience in Mozambique? (During Sara’s time in Africa, a nearby Russian arms depot started to self-destruct in the heat of the day, leading to hours of explosions with many missiles landing just metres away from where she and her family hid.)

At the time, if we’re talking professional support, I would have to say no. My whole family was pretty traumatised and we were about to go through this massive transition of moving back to the UK.

It wasn’t until four years later that I actually discussed what happened with a therapist. I know it wasn’t possible, but looking back it would have been good to see a professional right away.

Has having gone through such a unique ordeal made you feel isolated at all?

Very much so. When we moved back to the UK a few months later, the only people I knew who understood were my parents and my brother. And even then, we all had different recollections of the events.

I was told that at one point during the explosions, I kept repeating the words “I don’t want to die” – but I don’t remember that at all.

Do you think songwriting is a way to combat that isolation?

I was in so much pain emotionally, so actually vocalising my experiences allowed me to materialise those feelings and deal with them head on.

I think keeping things pent up can keep you isolated. Expressing my feelings and being vulnerable allowed people in.

What are you looking forward to most about your upcoming gigs?

My new-found confidence really! By most people’s standards I know I probably still come across as really clumsy and unconfident but it’s miles better than it was.

Performing has never come naturally to me, but recently I feel so buzzed. Losing myself in the music and connecting with the audience is something I always look forward to now.

Are you a fan of social media?

Man that’s a hard one. Some days I love it because it’s a great distraction when my head won’t shut up. But other days it is really hard not to compare myself to every successful person I see.

Do you have a preferred platform for connecting with your audience?

Probably Instagram. It’s a double edged sword because that is the platform that makes me feel the worst. But I really love photography (if you can call it that) and making mini music videos to songs I like.

There’s also that element of interaction on Instagram Stories where you can ask the dumbest questions and make even dumber polls. Does this splatter of bird poop that I found on a car look like a horse? 87% of my followers think so. Very valuable information.

Where do you see yourself in five years’ time?

Still making music, and hopefully with at least one album under my belt. I would love to be able to afford my own place and adopt even more cats too, but that’s another story. At the rate I’m going now, I’m very sure that in five years’ time I’ll still be writing way too many songs.

You can listen to Little Nerves here. 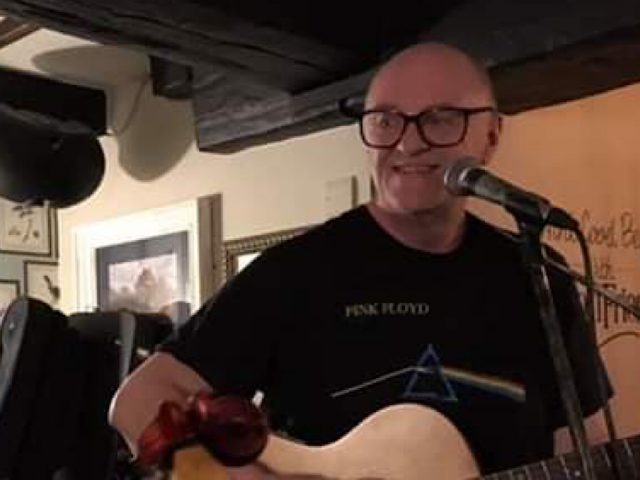