March: The Government invests too little, too rarely in our infrastructure, so when major upgrades do happen, they need to be of as much benefit as possible for our communities.

East West Rail is one project which is happening, with financial support from Bedford Borough and other councils, but there’s a danger of a massive missed opportunity.

The consultation on the shortlist of routes for the ‘Central Section’ between Bedford and Cambridge closes shortly, and I’m encouraging everyone to have their say.

Worryingly, 3 of the 5 routes would not serve Bedford itself at all, and would bypass the town to the south.

In these cases, there would be a new ‘Bedford South’ station built either by the A421 or ‘near’ Wixams. 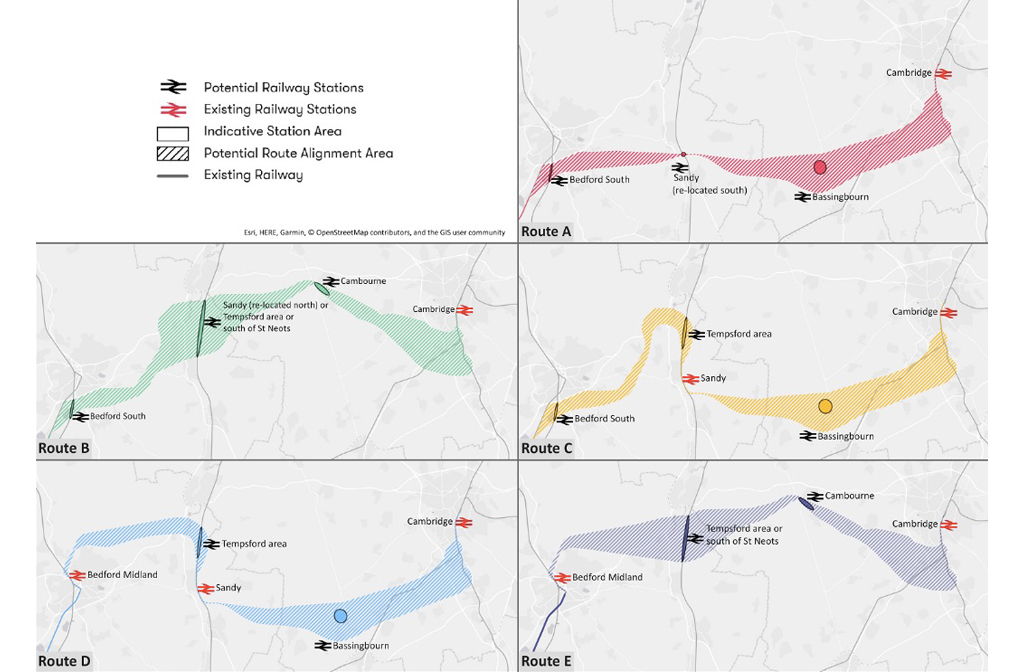 In either case, this would not only miss the numerous interchange opportunities at Bedford, but would quite simply be much more difficult for most potential passengers across Bedford Borough to get to.

It would also force visitors to Bedford to have to change trains, making Bedford less convenient and attractive as a destination for visitors and, critically, for employers.

Finally, any ‘south Bedford’ station will either delay or threaten delivery of the long-overdue Wixams station and its services to and from London.

It’s a passenger railway, so surely trains should stop where passengers live and can get to?

Options D and E both serve Bedford Midland station, which would mean changes to Bedford Station including requiring expanded parking, which is already being looked at.

This is much more accessible for residents of Bedford, Kempston and surrounding villages, and would open up new opportunities for people to both east and west.

So I’m asking people to support options D or E.

You can find out more and have your say by Monday 11th March here: eastwestrail.co.uk/haveyoursay