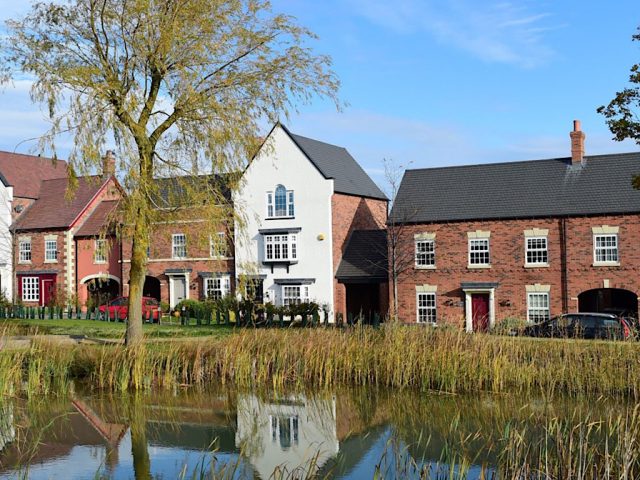 A local councillor has welcomed plans for nearly 300 new homes on the site of the former Ouse Valley Golf Club in Biddenham, nearly 15 years after the plan was first mooted.

The 33.7-acre site sits to the north of Bromham Road and forms part of the wider Kings Field development, which will eventually comprise around 1,300 new homes.

Cllr Roger Rigby, Conservative councillor for Biddenham, said: “The site already has outline planning permission and this application will fine-tune the details of what will be built on it.

“In a way, these houses are nearly 15 years overdue, a much earlier scheme for the whole area called North of Bromham Road collapsed for a number of reasons and the sites making it up are being developed piecemeal.”

If the plans are approved by Bedford Borough Council, Davidsons Homes will deliver 237 homes for private sale – comprising a mix of two, three, four and five-bedroom houses – and 59 affordable homes for rent or shared ownership.

The housebuilder’s proposals also include the provision of green open space, a children’s play area and shared cycle and footpaths.

Rachel Pramayon, Head of Land for Davidsons Homes South Midlands, said: “We have worked closely with planning officers to design a scheme which will deliver a high-quality and attractive new neighbourhood in Biddenham.

“Our proposed development features traditional house designs that reflect the existing style and character of the village, incorporating a variety of two and three-storey house types suitable for buyers at different stages of the property ladder.

“As well as providing new green open space and a play area as part of the development, we will also be planting new trees to complement the existing trees and hedgerows on the site.

“Subject to approval from Bedford Borough Council, we look forward to delivering much-needed new homes to this part of Bedfordshire.”

The wider Kings Field development, planned since 2001, has already delivered a link road connecting the A428 to the A6 and will eventually include a country park, open space, leisure and community facilities.

Cllr Rigby concluded by saying: “What I and the many new residents want to see is the opening of the new country park, not left in limbo as it is now.”