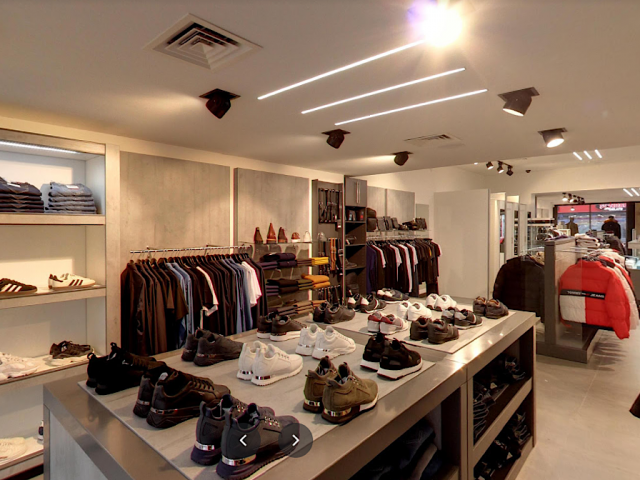 A burglar who stole £11,000 of designer clothing by tunnelling into a menswear store, before being arrested in a stolen coat, has been jailed.

Richard West, 46, of Shakespeare Road, Bedford, was found guilty of one count of burglary and one count of attempting to commit burglary. He was sentenced at Luton Crown court on Friday 6 August and will serve 32 months in prison.

In the early hours of Sunday 4 July, the aptly named ‘Hole-in-the-wall burglar’, dug a hole through a wall into Mayson’s menswear store on Bedford High Street.

When he was caught by police at around 2am, wearing a stolen coat with the price tag still on, he told officers: “You caught me fair and square.”

Officers then discovered the hole which ran between the store and a corridor in an adjoining property.

Items totalling approximately £11,000 had been bagged and placed on the other side.

West was spotted on CCTV footage, entering the store, casually selecting and bagging items, before putting on the coat he was arrested in.

PC Luke Skelton, from Bedfordshire Police’s Crime Investigation Department, who led the investigation, said: “Although he was only in the store for a matter of minutes, he caused considerable damage and helped himself to a large quantity of designer goods.

“There was a significant amount of evidence pointing towards his guilt and the planning required to execute this burglary, and I’m happy that he’s now behind bars.”