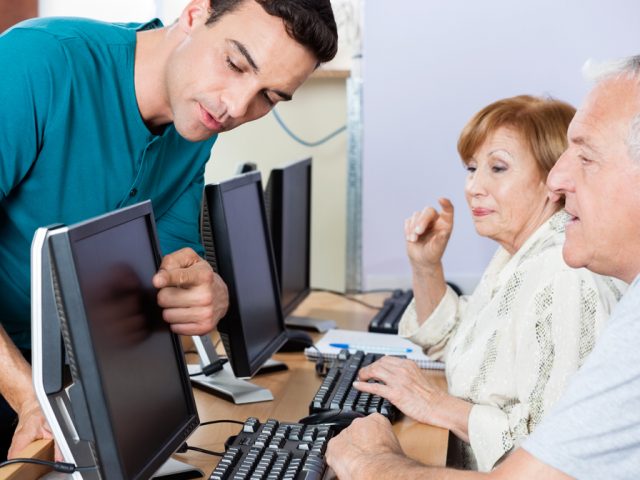 As more health and council services move online, it is important that residents do not feel isolated if they don’t have the digital skills required, a meeting heard.

Mark Harris, chief officer for adults’ operational services told the Health and Wellbeing Board on Wednesday (8 June) that there is a large group of people who don’t have digital access.

“And as such could be an increased risk of isolation as more and more services move online,” he said.

Committee chair, Cllr Louise Jackson (Labour, Harpur Ward) said: “It’s a struggle to know how we’re going to be able to get more people online in the context of the cost of living crisis.

“It’s a bit of a worry as our NHS moves more and more into that digital space. There’s all sorts of drives to move the services that we rely on to digital.

“But how can we make sure that those people aren’t left behind,” she wondered.

Cllr James Valentine (Labour, Kempston West Ward) said he had recently signed up to eConsult with his GP, but it was “a bit of challenge”.

“It took me about half an hour to get the hang of it,” he said.

“I thought what would it be like for it for an older person who isn’t very IT literate or maybe doesn’t have a PC.

“I don’t want to bash GPs at all, there are far too many negative statements about the valuable work that they do.

“But GP practices have got to be really careful to make sure that there’s always an avenue for those who aren’t IT literate to get through to them.

“Because otherwise, they will be potentially abandoning those who are in the greatest need, who are, of course, older people,” he said.

Dr Roshan Jayalath, clinical lead for mental health in BLMK, said that as a local GP he knew the difficulties some of the patients are facing with digital.

But he added that people who use eConsult were freeing up the other methods of contacting a GP.

Councillor Jackson said: “In terms of things like eConsult we have just got to take the patients with us and help people to understand the benefits of [digital] services.”

More information can be found on the council’s website or at its libraries.