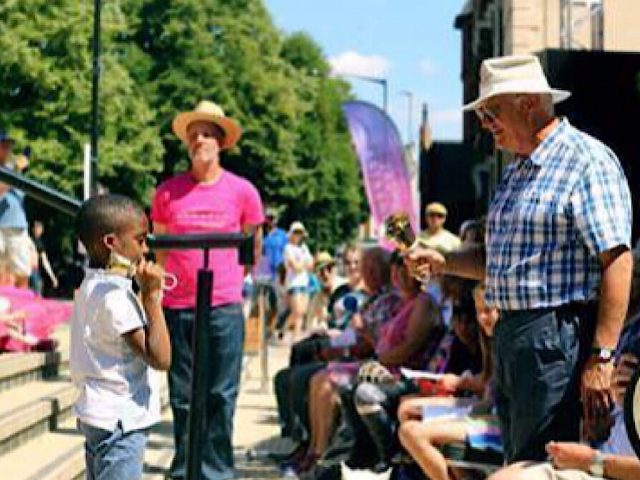 Since 2009, the project has brought together participants with dementia and their carers, from the Tibbs Dementia Foundation’s Music 4 Memory singing group, with young singers and instrumentalists from the grassroots Bedford musical initiative Fusion Youth Singing.

The intergenerational project, co-produced with Orchestras Live, is based in Queens Park and is central to the Philharmonia’s 25-year residency in Bedford.

With support from Bedford Music Hub and associated partners Bedford Music Co-operative and Bedfordshire Music Trust, young musicians from across the county have joined to perform in the project’s intergenerational orchestra alongside Da Capo String Ensemble.

To date, over 700 people have taken part in Hear and Now.

Together with Philharmonia Orchestra musicians and workshop leaders, participants create and perform their own music and lyrics. Across a series of creative workshops, discussing the memories, language and identity between the different generations and cultures, they devise their own pieces to perform collectively in a culmination concert.

Past iterations of the project have seen performances at All Saints Church, Bedford Corn Exchange, and the Royal Festival Hall in London.

This year’s 10th anniversary project sees the Philharmonia and Orchestras Live partner with the University of Bedfordshire for the first time on a small-scale research project.

It will investigate the impact of taking part in intergenerational projects on participants’ sense of community and well-being, as well as measuring the effect of work in community arts projects on professional artists and musicians. 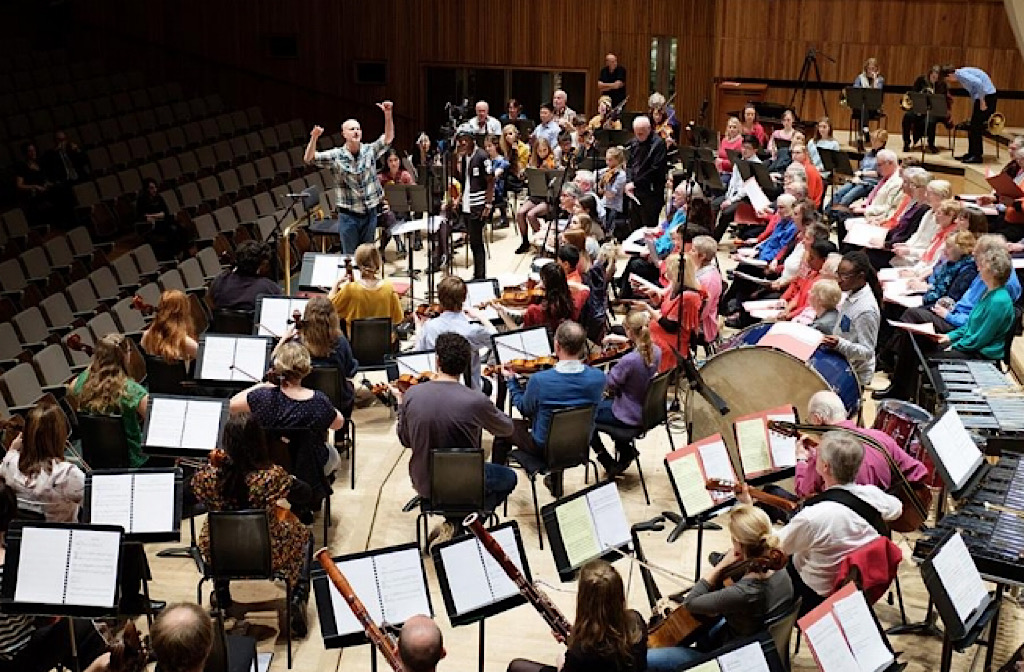 Led by workshop leader Tim Steiner and performance artist Amalia Garcia, the culmination of this year’s project will take place at the University of Bedfordshire Theatre on Sunday 17 November at 7pm.

Tickets are free and can be booked here.

For the first time, the performance will incorporate dance, movement and film alongside the music, while an exhibition in the foyer will recall memories of previous participants and showcase the extraordinary decade-long legacy the project has achieved in Bedford.

Alexandra Brierley, Director of Education at the Philharmonia Orchestra, said, “To reach the ten-year milestone of a project such as Hear and Now is testament to the transformative impact it has had on the community.

“As co-producers of the project with Orchestras Live, it has been inspiring to witness Hear and Now’s participants, workshop leaders and the Philharmonia musicians involved create a lasting initiative that has pioneered a new way of empowering creative expression.

“We are thrilled that this intergenerational approach was recognised in the publication From Bingo to Bartók as a model of good practice for engaging older people within the arts.

“As we celebrate our 25th anniversary in residence at Bedford Corn Exchange this year, the continued success of Hear and Now stands out as an artistic highlight – here’s to a bright future.”

Stuart Bruce, Senior Creative Producer at Orchestras Live, said, “Hear and Now has been an incredible journey of creative exploration by the diverse people and organisations involved.

“It has been a beacon for the power and impact of intergenerational work on transforming people’s perceptions, ambitions and achievements through collaboration with world class musicians and artists.

“Having initiated and co-produced the project with the Philharmonia, Orchestras Live is proud that we can celebrate this tenth anniversary project whilst looking forward to further exciting developments in the years to come.”