As a teenager I lived with my Dad in what we called our ‘Batchelor pad’ in the centre of a town not far away. During a turbulent time in my life, my Dad was made redundant from his job soon after separating from my Mum.

A working-class man who left school early to become a printer’s apprentice, Dad didn’t have the school-tie network or well-heeled parents to stroll into another job as well paid as the director of sales position he’d worked his way up to.

We found ourselves unable to pay rent, and effectively homeless.

Dad went down to the local council to ask to be put on the housing register. He was met with a pretty rude and dismissive response from the person behind the desk, who seemed to suggest they couldn’t do much to help us.

That was until he demanded they tell the manager that Councillor Larner would like a word. The tone of the conversation changed suddenly, and soon after we were found affordable accommodation in a council maisonette not far away.

We were able to get our lives back on track, but I wonder — if my Dad had not just been elected as a local councillor, would we have been treated the same?

It’s easy to forget that homelessness and rough sleeping are not the same thing.

According to the Homelessness Reduction act (2018), someone can be homeless for a variety of reasons—including living in unaffordable, unsafe or unsuitable accommodation.

I’ve never had to sleep rough myself, but the experience described above alongside a stint of sofa-surfing in early adulthood taught me how important it is for well-being to have a safe, happy and sustainable long-term home.

Having worked and volunteered in organisations tackling homelessness for 10 years, including six years as a chaplain in a day centre, the people I’ve met confirmed this. Often with tears.

So why are so many people still suffering?

There are a huge number of empty properties in the UK, there is a growing wealth disparity between the haves and the have-nots in our economy, and I regularly hear stories similar to my own.

I can, therefore, only conclude that it is a calculated choice by people in high places that so many people are homeless and suffer the consequences.

This being the case, responding with handouts like second-hand coats and gloves isn’t enough. A justice problem needs a justice solution.

This means people getting organised together to fight for systemic change. That’s why I’m glad I met JustUs.

I was introduced to Justus soon after coming to Bedford in 2020. I quickly realised we were ‘singing from the same hymn-sheet’, and was delighted when I was asked to become a trustee.

I’m proud that Justus go beyond hand-outs, we are not afraid to fight injustice and to work with people to win the support and accommodation they deserve.

Alongside my ministry as a priest I’m a trained community organiser with Citizens UK, who have trained over 4,000 other community leaders in the UK to fight for justice and the common good. 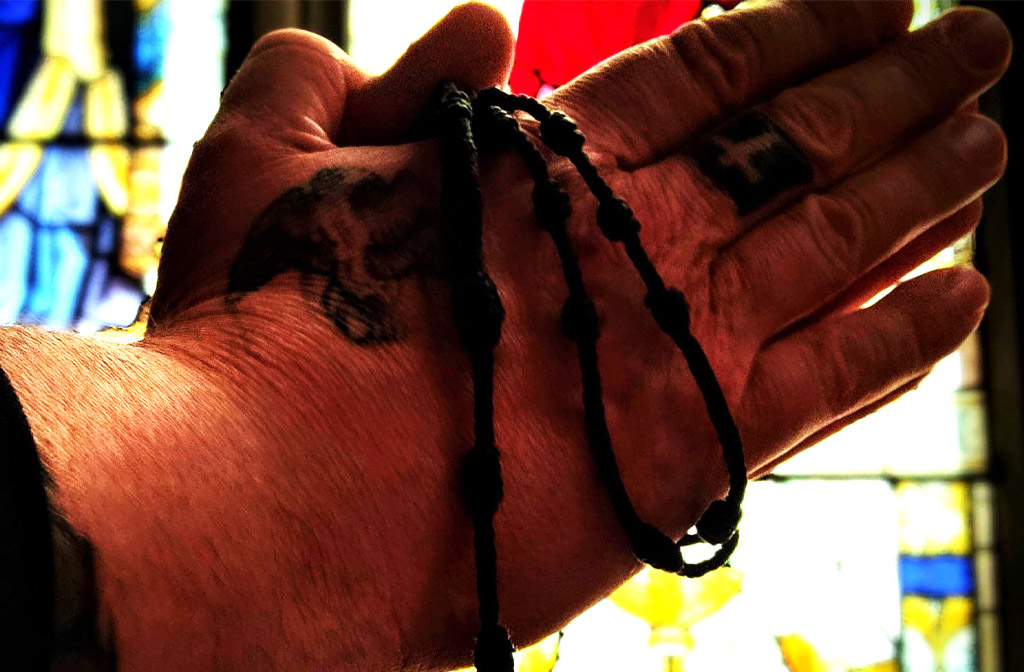 Sometimes people criticise me for being too political in the pulpit and in my community work. I find this a little strange, because when Jesus’ mother Mary sang that God has “cast down the mighty from their thrones and lifted up the lowly” and “filled the hungry with good things but sent the rich away empty” (Luke 1:52-53) – that sounds pretty damn political to me.

I don’t think you need to be a Christian to agree with what I’m saying here, because the injustice suffered by people experiencing homelessness is an obvious outrage to human decency.

Having been on the short end myself, I’ve come to the conclusion that if injustice didn’t matter to God, then God wouldn’t matter to me.

If God didn’t care about justice, I would renounce my ordination, throw my Bible in the bin, and dust off my brick trowel and go back to the building site.

But having learned more about God from people I’ve met at the ‘edges’ than I ever learned at theological college, I know this isn’t going to happen.

The God I believe in is found among the poor, the oppressed, and the outcast – and in the midst of their struggle for justice and life. That’s why I and many others organise and fight for justice.

And I would urge people of all faiths and none to do the same.

by Fr. Luke Larner, Assistant Curate at St. Paul’s Church Bedford
is ordained in the Church of England and based in the heart of
Bedford town centre. He is passionate about Jesus and justice,
particularly in the areas of homelessness, peace-making and
interfaith collaboration.
Fr Luke is a trustee of JustUs Homelessness Advocacy