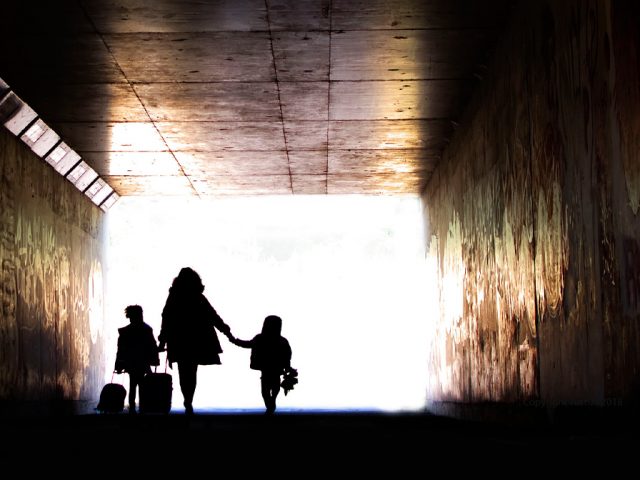 Today’s Guest Editor post is written by barrister, Araba Taylor, one of the trustees of the JustUs charity.

If I ruled the world…

If I could change one thing to improve the situation of the homeless people JustUs deals with, I would change two! I would repeal section 96 of the Housing Act 1996 and I would put a stop to domestic violence. These are the two biggest causes of homelessness for our service-users.

Section 96 is the law which turned almost all private sector tenancies into assured shorthold tenancies. These are monthly tenancies, normally granted for six or twelve months.

The most significant thing about them is that they come to an end without any fault on the part of the tenant. Furthermore, because they are based on a period of one month, the notice period is only two months.

Originally designed for people who wanted to let their homes for a short period – for example, because they were taking an extended holiday or had taken up a job working abroad – it was only sensible to make it easy for them to recover possession without having to go through a possibly lengthy court procedure.

Furthermore, the existence of the assured shorthold tenancy made it easy for a homeowner to decide to let their property, rather than leaving it empty for a few months. It probably increased the availability of housing for renters.

Time for a re-think

However, it is now twenty-five years since section 96 came into force and it seems to me that it’s time for a re-think.

Losing a tenancy because of a “no-fault” eviction is said to be the fastest way into homelessness in England.

Even where tenants do not become homeless, they have to move every six or twelve months and for families, this takes an enormous toll: physically, mentally and financially. They often end up being “homeless at home” – that is, living in unsuitable accommodation.

This is an issue we have raised at the Council Housing Committee, pointing out that by contrast with public sector tenants and home-owners, who may have lived in the same place for decades or, in some cases, for generations, families in the private rented sector now have to move house, school, GP, church/mosque and, often, their job on a constant basis.

They are vulnerable to rent increases and high deposits. They never stay anywhere long enough to make lasting relationships with their neighbours or take part in the life of the community.

They may also miss out on other things that make for mental wellbeing; keeping a pet, planting up a garden, having a “best friend from primary school”.

It’s also true that when people have the freedom to choose when to move, they benefit from having time to think about it and plan. Two months is such a short period in which to plan a move that, in reality, families with a six-month tenancy have to start thinking about it the moment they move in.

They will often be living out of boxes, as no sooner have they unpacked, than they have to think about boxing everything up again for the next house move.

We know that “displacement” is one of the biggest causes of depression, yet as a society we seem untroubled about families who are displaced every six or twelve months – every time the deadline for their no-fault eviction comes round.

The consequences for one family Justus dealt with was that they had five changes of temporary accommodation in a single year, with the children attending five different schools in that time.

When I began doing housing law cases, at the end of the 1980s, the standard form of tenancy was under the Rent Act.

It was generally known that, not only could you not get a court order to evict a tenant, but that the going rate to get your property back was £3,000 (something like £9,000 now).

That was also unsatisfactory. It was partly in response to this that the assured tenancy was introduced and it is still legally possible to grant a tenancy which isn’t an assured shorthold tenancy. The landlord has to serve a notice to that effect before the tenancy begins.

If I could wave a magic wand, I would make this the standard form of tenancy for the whole of the private rented sector, at the very least for family homes.

It is so important, especially for tenants with children, to have some sort of stability – so they can spend enough time in one school to get a decent education. If that happened, I would also return the assured shorthold to its original scope. It has its uses, but it shouldn’t be universal.

And just for good measure, if I could put a stop to one other great driver of homelessness, it would be to prevent domestic abuse. I would make it easier for victims to stay in their own home and easier for perpetrators to be removed. But that’s a topic for another day…

by Araba Taylor
Barrister and Trustee of the JustUs charity.