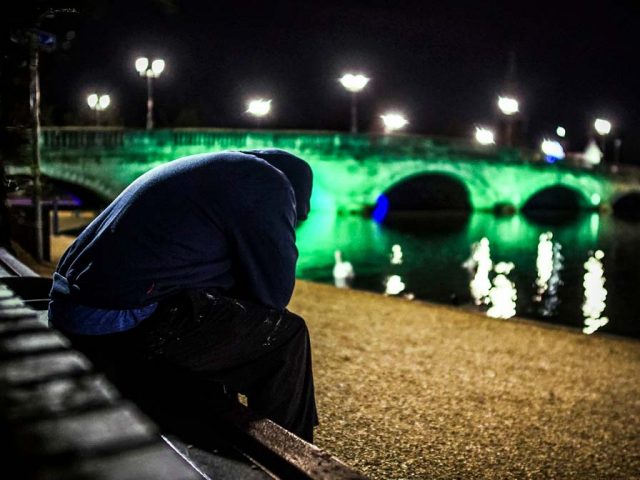 Today’s Guest Editor article is by a man who became homeless at the age of just 15 and then lived in different hostels until the age of 30. Since being properly housed 10 years ago, he has not required any support…

I first became homeless when I was 15. At 16 I was put in a bedsit by social services and left to it – I had no idea of what to do. Then I spent the next 15 years living in hostels and sofa-surfing. I’ve lived in most hostels in Bedford and some elsewhere too, although some wouldn’t take me on because my support needs were ‘too high’.

I was told I wouldn’t be able to maintain a tenancy because I couldn’t maintain a hostel. But since the council housed me more than a decade ago, I’ve not needed any support to maintain my tenancy.

Back when I was young and started using hostels, my mental health issues were not diagnosed, so people assumed I just had a bad attitude, and some staff wouldn’t be good at dealing with me.

One time I was coughing up blood and got really distressed – I ended up getting barred but if I’d actually been listened to it would have been a different story – I later found out I had gastroenteritis.

Some staff abused their power – it was ‘my way or the highway’, and this was a problem because I’ve always had a problem with authority – when I was a kid authority figures would be much rougher than they are now and you just had to learn to stick up for yourself.

I was defensive all the time – you had to be, because of the stresses of the system. It is hard to live in these overcrowded places – there’s always the potential of something volatile kicking off, although when it did we’d have the staff’s back.

I gave up completely with hostels for a few years and just sofa-surfed because it seemed there was no hope of getting housed. When you live in a hostel, people look down on you and assume you must have some vices. Most people in hostels were very critical of the system. It wasn’t all bad though, I made some lasting friendships.

The only problem I’ve had since living in my own flat was when there was a lot of anti-social behaviour in the block. Landlords seem powerless to do anything about it. One landlord just didn’t know how to manage the building. Another landlord seemed scared to do anything.

Initially, when we told the council about the anti-social behaviour we were dismissed, I think because of how we were perceived – it was just put down to my partner’s paranoia – which was gutting. Or they just told us to tell the police, but that can do more harm than good. But then we heard after months of it there had been several closure orders in the block, so we weren’t making it up, and someone at the council must have known at the time we were telling the truth because it takes time to make a case for a closure order.

The council moved us again and we’ve had no issues at all at our new place and our housing officer at the council has been amazing.

Looking back, the best experience I had of a hostel was the YMCA – but I wasn’t staying there, I just got involved with some of their activities – trips and weekly football sessions. It’s different when you don’t have to follow petty rules and staff can’t bar you when you get too many warnings. And there were a few staff elsewhere who were really good, I remember a guy called Surinder at the Bridge hostel, he wouldn’t let you get away with anything, but was totally non-judgemental, but others weren’t approachable at all, and if you got stuck with one of them for your keywork sessions there was nothing you could do.

Hostels with a religious aspect could also be a real problem – you get treated better if you’re going to church. One time a manager told me I was only at the hostel because I was doing well at church. That was weird. I left and made myself homeless again.

The best hostels I stayed in were ones where it was basically a small, shared house and the staff check in on you once a week. It’s like the more contact you have with staff, the worse it is. It would all work better if you had more freedom and choice.

For me, if there have to be hostels crammed full of people at all, they need to be run by people who have personally experienced homelessness, otherwise they just don’t know how to deal with you and can end up doing more harm than good.

But as I say, the hostel sector told me I couldn’t manage my own home, and yet here I am, more than 10 years later.