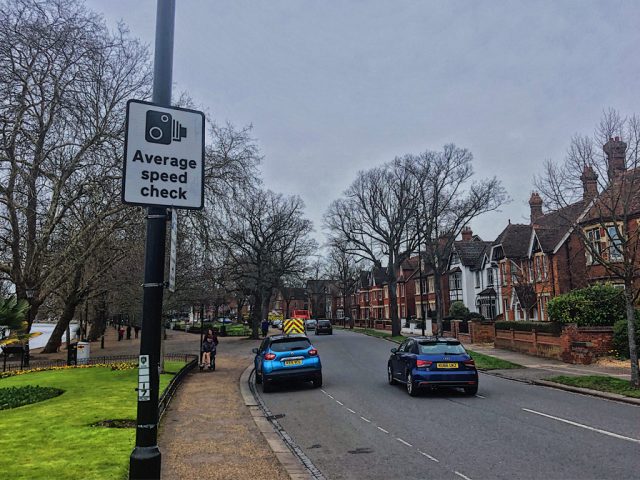 Bedford’s Mayor has slammed a decision by the Secretary of State for Transport, Chris Grayling, not to use cash raised by local average speed cameras to pay for further road safety measures in the Borough.

Mayor Dave Hodgson and a number of Parish Council Chairs asked the government to stop “hoarding every penny of the fines” and allow local councils to reinvest the cost of the cameras’ installation in further road safety measures.

Chris Grayling responded to say that: “If Government money were to be used in this way there would beed to be a system of governance and reassurance that it was being spent appropriately and effectively.”

The Mayor has called this decision “extraordinary” as the funds would already have a self-imposed restriction on their use by only ever being used to finance further road safety measures. 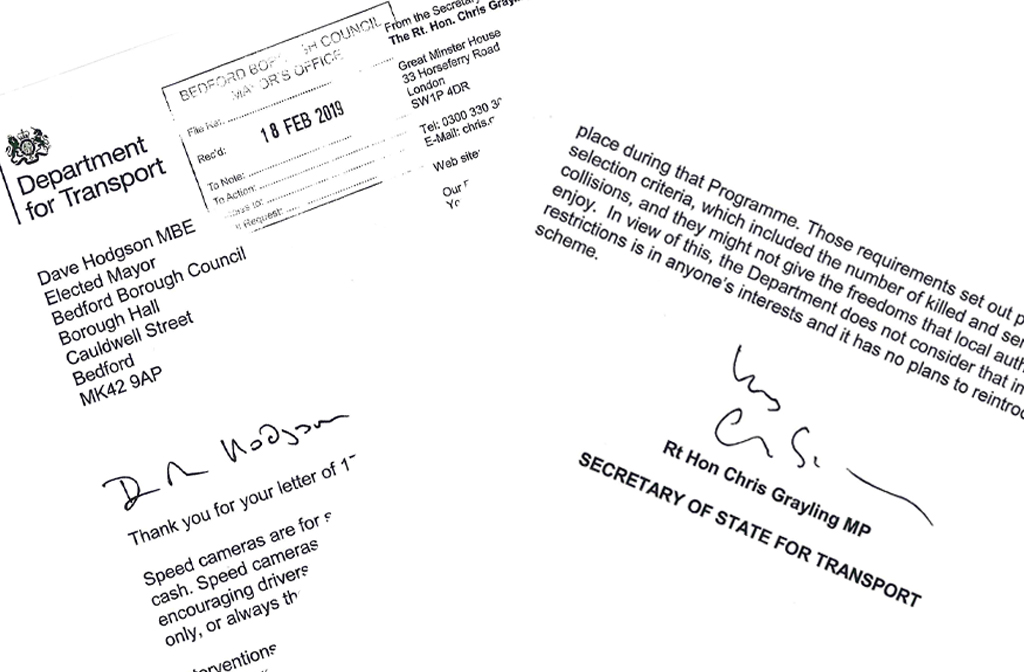 Chris Grayling also stated that while the funds retained by government are not reinvested in road safety measures, drivers benefit from other services funded from general government expenditure.

Mayor Dave Hodgson said: “Chris Grayling refers to this money as if it would be some great act of generosity for the government to allow just some of it to be reinvested in making local roads safer for all.

“His excuse that they cannot return even a small portion of the funds because local areas wouldn’t want to be constrained by the conditions government would impose is extraordinary.

“This is public money. Surely allowing the cost of installation of each set of speed cameras to be returned for communities to reinvest in road safety would be a fair, effective use of the fines they generate.

“It would also build trust in the system, which is important as these cameras are extremely effective in bringing down speeds.

“Instead, however, Chris Grayling and the government have dismissed this call for fairness and clearly have no intention of doing anything other than hoarding this money in Whitehall.”

The disappointment has been echoed by Conservative Mayoral Candidate, Cllr Carofano: “With Alistair Burt MP we have been asking ministers since 2016 to allow councils to retain average speed camera fines income until the cost of installing a camera has been recouped.

“This would allow crucial investment in average speed cameras to boost road safety in our communities but thereafter allow the Treasury to continue receiving the revenue from fines.

“It is very disappointing that ministers cannot see the benefits of a win-win proposal.”

Bedford Borough Council became the first place in the in the country to install local average speed camera cameras on roads in 2012.

They have been popular where they have been installed, and a large waiting list of sites has grown as more communities have called for them.