The London Marathon is just days away, so we’re shining a spotlight on the runners from Bedford who are going that extra mile (or 26.21 to be precise) to raise vital funds for charities close to their hearts and emblazoned on their running vests. Bedford’s runners, we salute you… 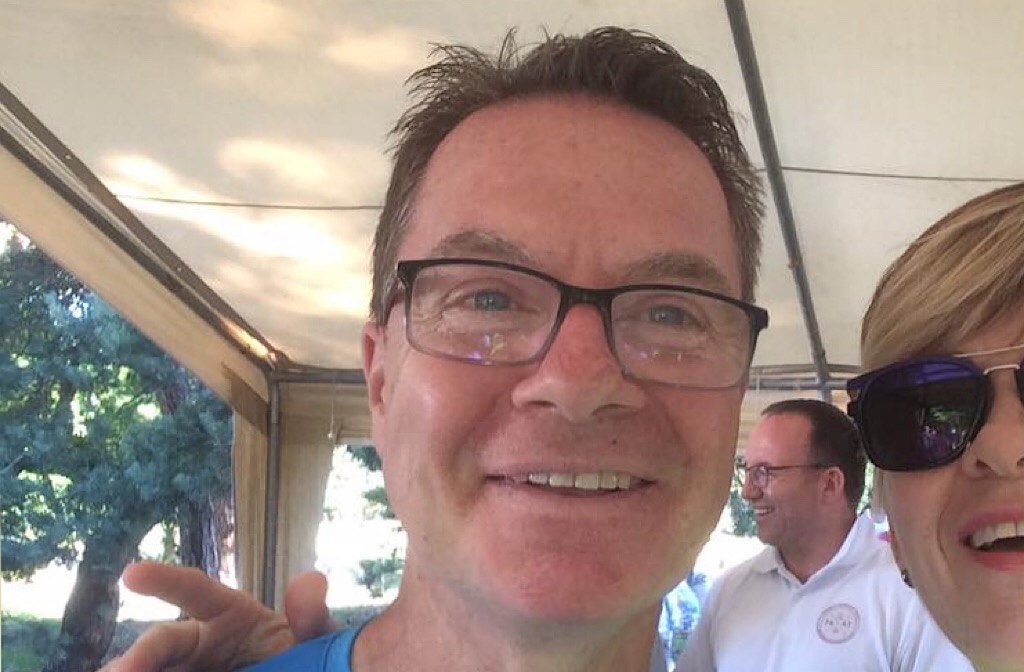 Back in February, we reported on fundraiser extraordinaire, Ken Parsons who is completing three endurance challenges in aid of The Teenage Cancer Trust, starting today (Wednesday 24 March).

The ‘three point challenge’, aims to raise £3,000 and starts with an unbelievable three days of running, beginning in Bedford and finishing in London before Ken takes on the London Marathon, carrying a 25lb rucksack.

You can sponsor Ken here. 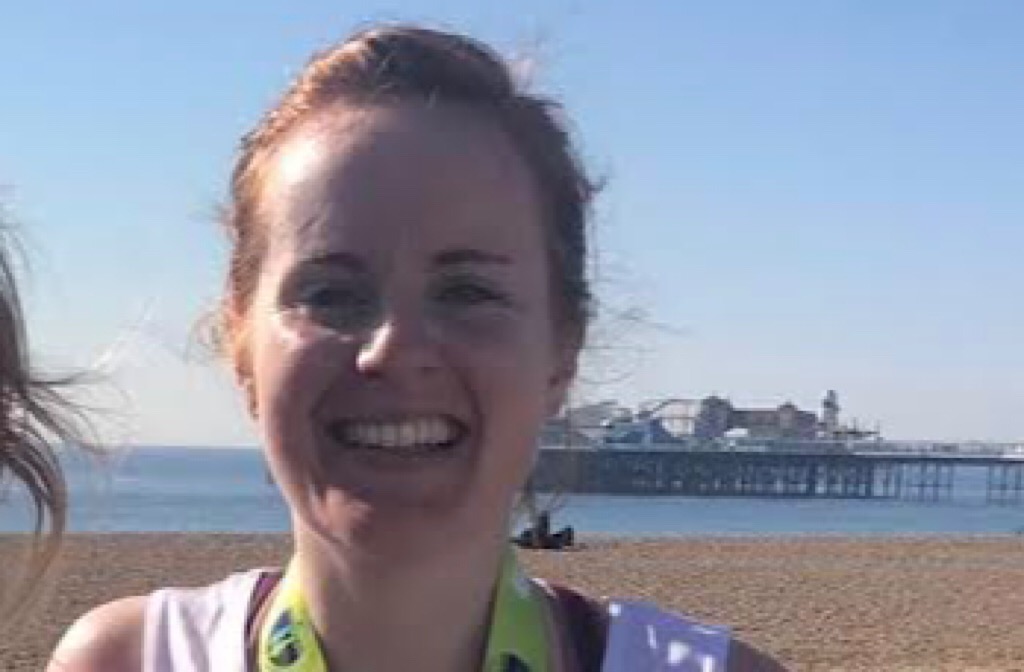 Superstar teacher, Patricia Neale and headteacher, Mrs Burgess, of Great Denham Primary School are running the London Marathon for a cause very close to their hearts.

Six year old Lulu de Vries was in Patricia’s class when she was recently diagnosed with neurobastoma.  Lulu’s family are aiming to raise £162,000 to pay for life-saving cancer treatment in the USA.

“I wanted to do something to help and so decided that I would run the London marathon for this fabulous charity which has given so much support to the little girl and her family.

“I will be running with my head teacher and this will be our first marathon.”

Lulu’s Ladies are fundraising for Children with Cancer and you can sponsor them here. 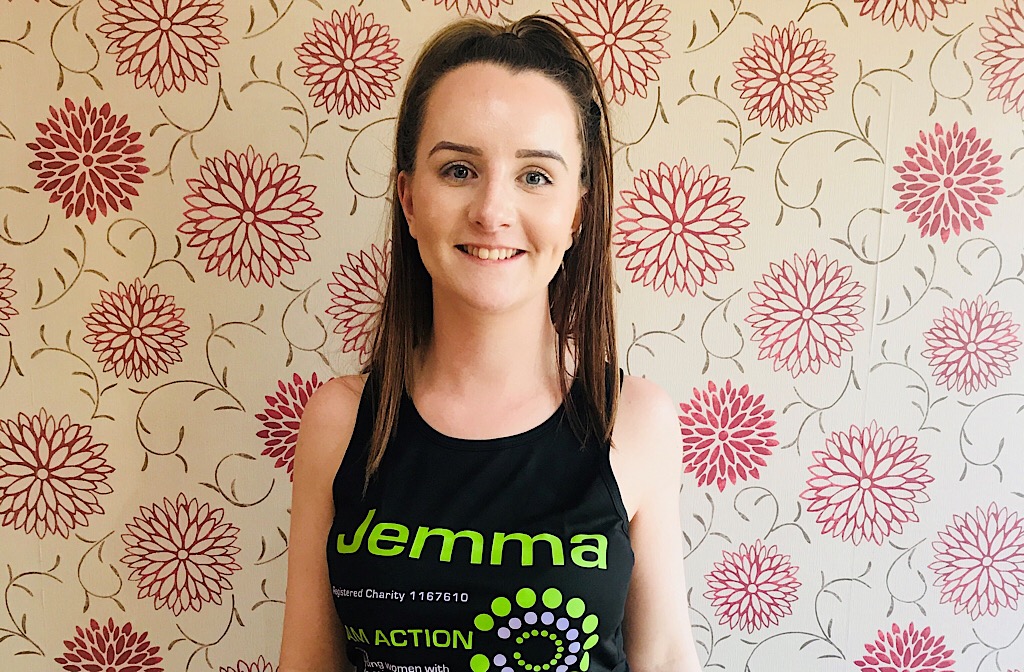 Jemma Jobling, a graduate from Cranfield University who witnessed her mother battling a rare lung disease that literally took her breath away, is taking part in the London Marathon to raise money for LAM Action that helps women with lymphangioleiomyomatosis.

“I’ve wanted to run a marathon for many years now, but fear and prior commitments always got the better of me,” said Jemma.

“LAM Action is a really small charity, but despite its size it works tirelessly to provide amazing support for people like my mother.”

You can sponsor Jemma here.

As reported by the Bedford Independent back in January, David and Catherine Course are running this year’s marathon to raise money for Macmillan Cancer Support. This is Catherine’s first marathon and David – in fancy dress – is aiming to gain a Guinness World Record for the world’s fastest skeleton . If you’re heading down to spectate, be sure to look out for him!

You can support Catherine and David here. 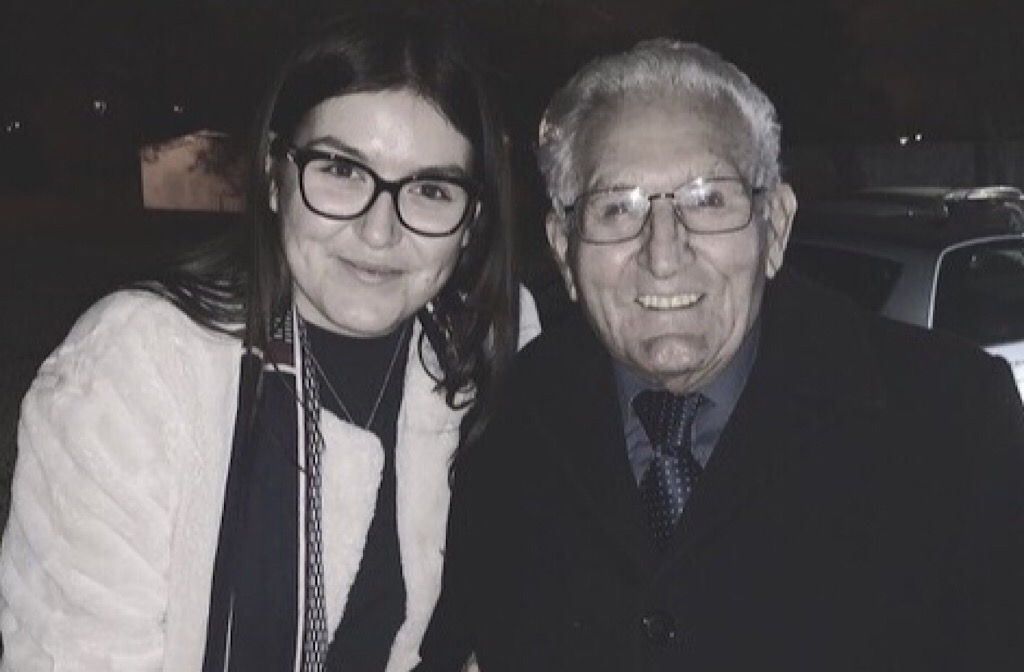 University of Bedfordshire student Amara Wright, 21, is celebrating the life of her grandfather by running the London Marathon in aid of the Salvation Army church and charity he supported.

She said: “When I lost my grandad, I went to a bad place – crying every day because I was so upset. I saw the marathon being advertised and thought ‘Who would be silly enough to do that!’ then spotted The Salvation Army offered charity places and I wanted to do something to stop me feeling sorry for myself.”

Although Amara has asthma and has to shape her training around the condition, she is determined to do something important to honour the close relationship she had with her grandparents.

You can sponsor Amara here.

Sara Lowe is a 42-year-old Bedford-born artist living in Linslade. Despite suffering from ME/CFS she is running her first marathon for the Bedfordshire based charity the Down’s Heart Group (https://dhg.org.uk/).

The charity provides essential support for the families who’ve had to face challenges, supporting their children with Down’s Syndrome and a congenital heart dysfunction.

“I want to run for everyone with a chronic condition, and bring some awareness of ME/CFS and show there is light at end of tunnel,” said Sara. 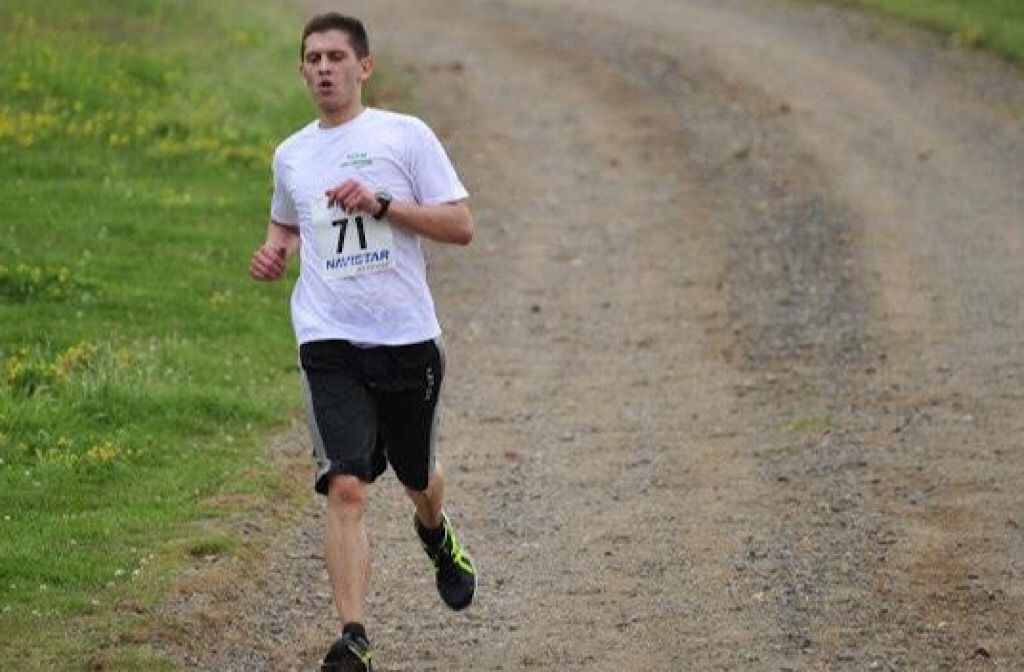 Bedford’s Daryl Craine is hoping to raise £2,500 for Leuikaemia Care by running this weekend’s London Marathon.

You can support Daryl here.

Brother and sister, Luke Perry and Charlotte Cooley are seasoned Marathon runners and this year are running in aid of Mind. “We lost our sister Sareh in 2004 and her battle was due to mental health issues and the results that they created,” says Luke.

“Charlotte and I both understand and value the work that Mind does, and we are really excited and proud to be supporting this charity.”

You can sponsor Luke and Charlotte here. 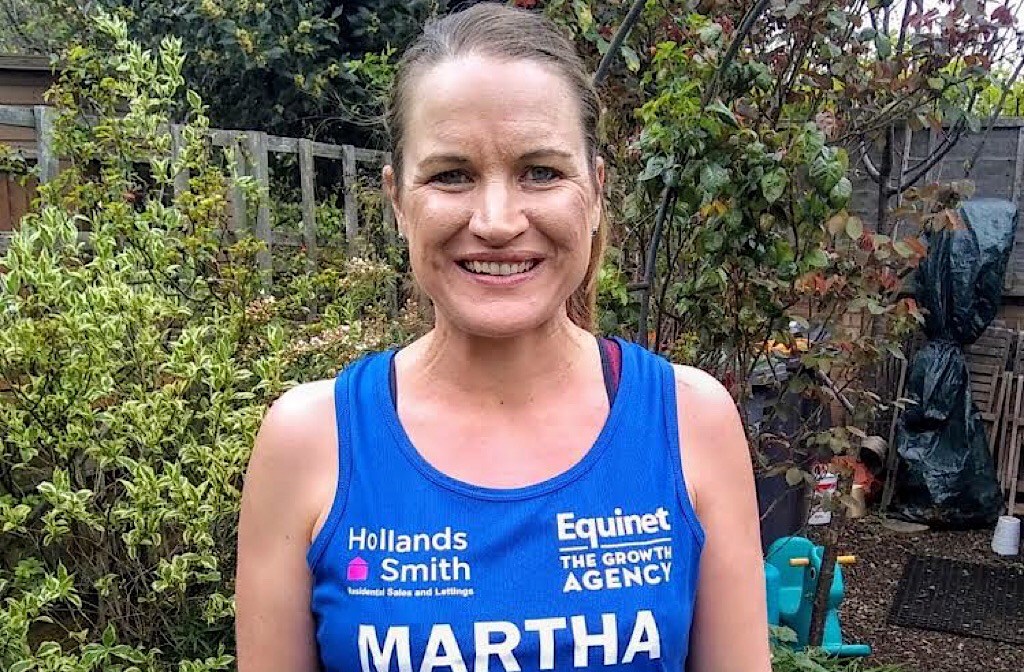 Martha Habershon is running the Marathon in aid of Castle Newnham PTA to raise money to buy a school minibus.

“I contacted Andy Murry after he was announced as the Official London Marathon starter,” said Martha.  “He has sent us a personalised card for the school which we are going to frame to display in the reception area.”

The school children are taking on a sponsored marathon run in the playground this week, so we’re sure Andy’s words of encouragement will spur them – and Martha – on. 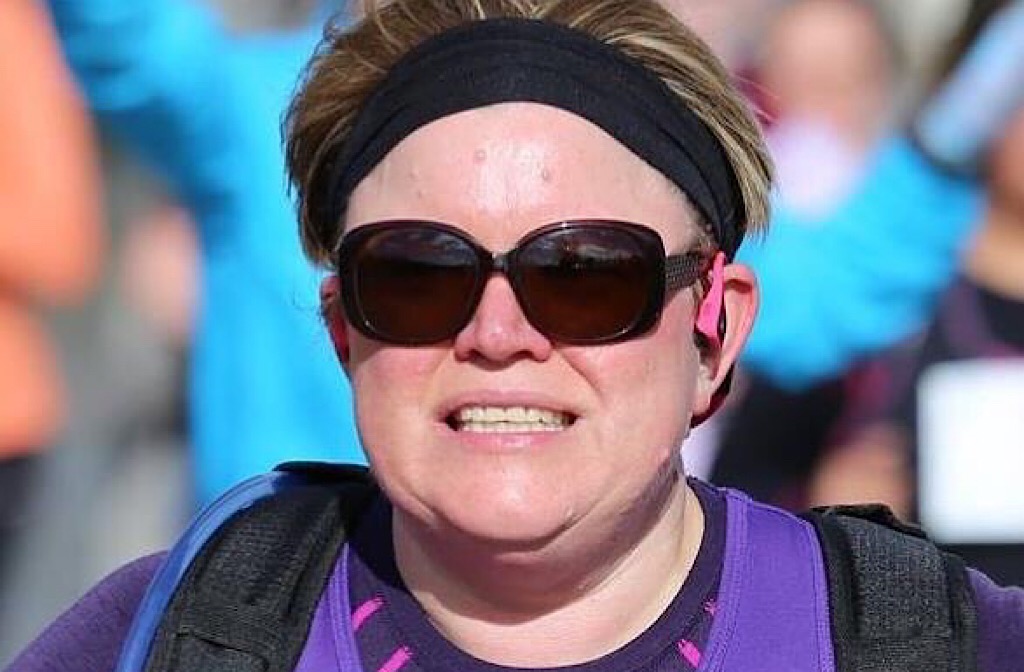 Rachel Efetha is running the London Marathon for Deafblind UK.

As part of her training, she recently took part in the Bedford Parkrun in a blindfold and ear defenders to simulate being Deafblind (with an experienced guide) to raise the profile of the charity.

You can support Rachel’s fundraising here. 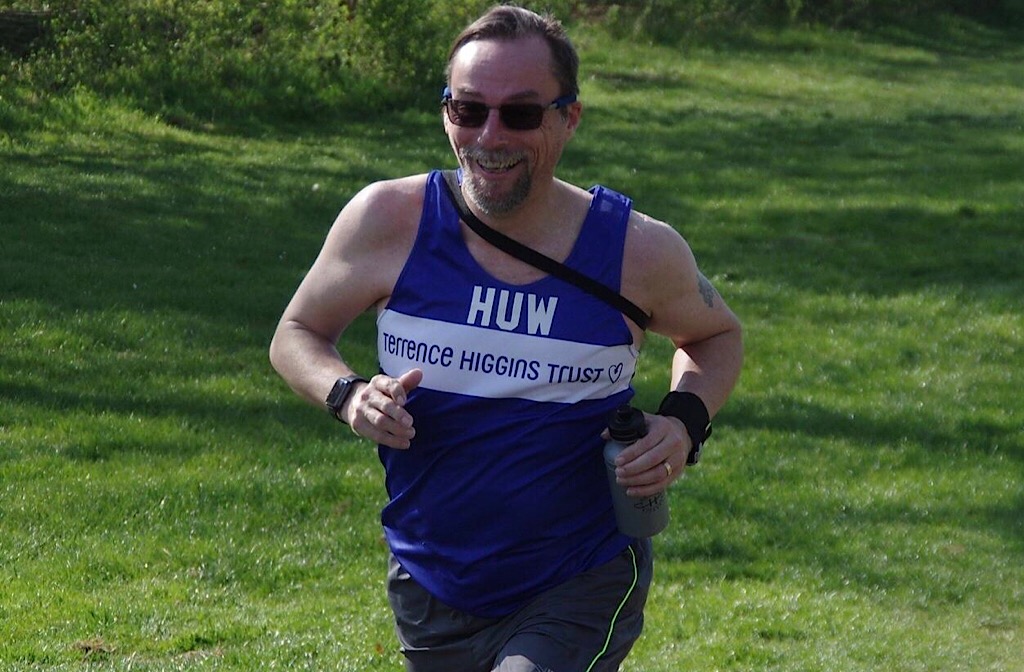 He is running the Marathon to help bust HIV myths and raise vital funds for the Trust. “‘I want to raise awareness around HIV and the stigma still attached to it,’ says the 47-year-old. 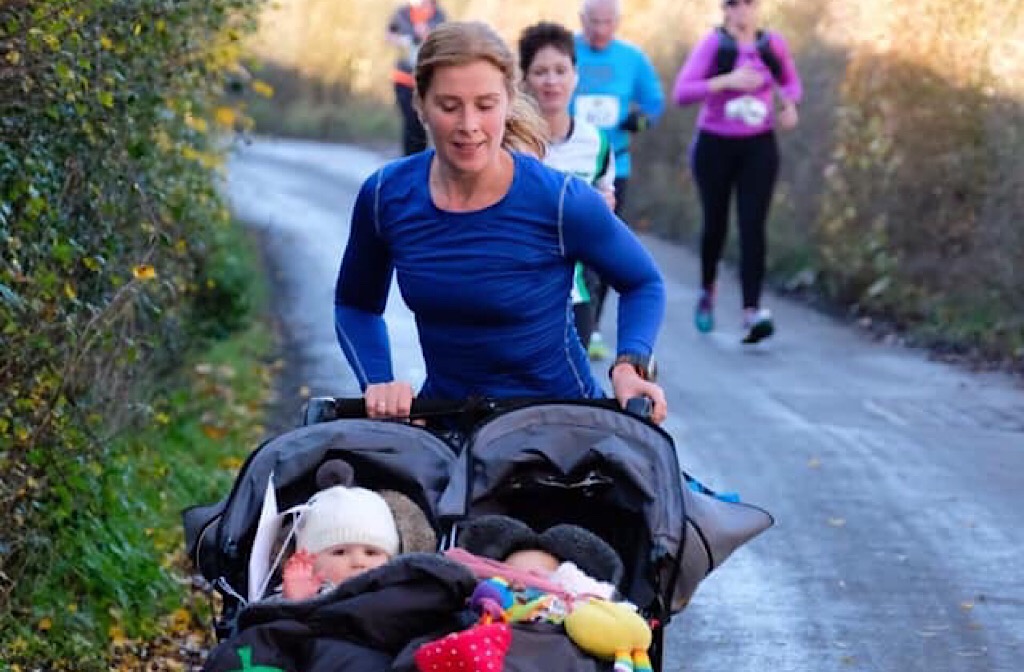 Sarah Freer is running the Blackpool Marathon this Sunday with her two girls, Tilly and Erin in a running buggy.

“We take toys, drinks, snacks and I spy quizzes for specially drawn up for each course,” said Sarah. “I’ve not done a marathon before, this is the first. Need to do it before my girls get too heavy to push round!”

It’s not just this weekend that Bedford has been represented at marathons: 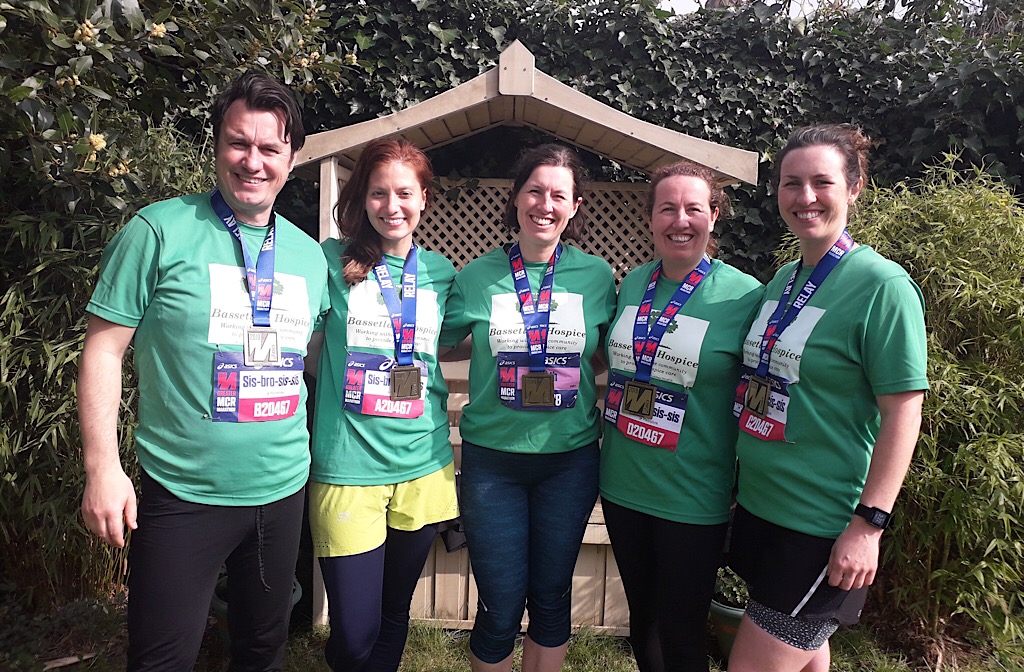 Cranfield-born Kath Middleditch and her amazing family (Richard Kieswick, Stephanie Kieswick, Liz Ogden and Mary Brandom) ran the Manchester Marathon on 7 April, all finishing in under 4:25 – although Kath pipped the rest of them at 4:16.

They were raising funds for Bassetlaw Hospice in memory of their Uncle Pat and you can still donate here. 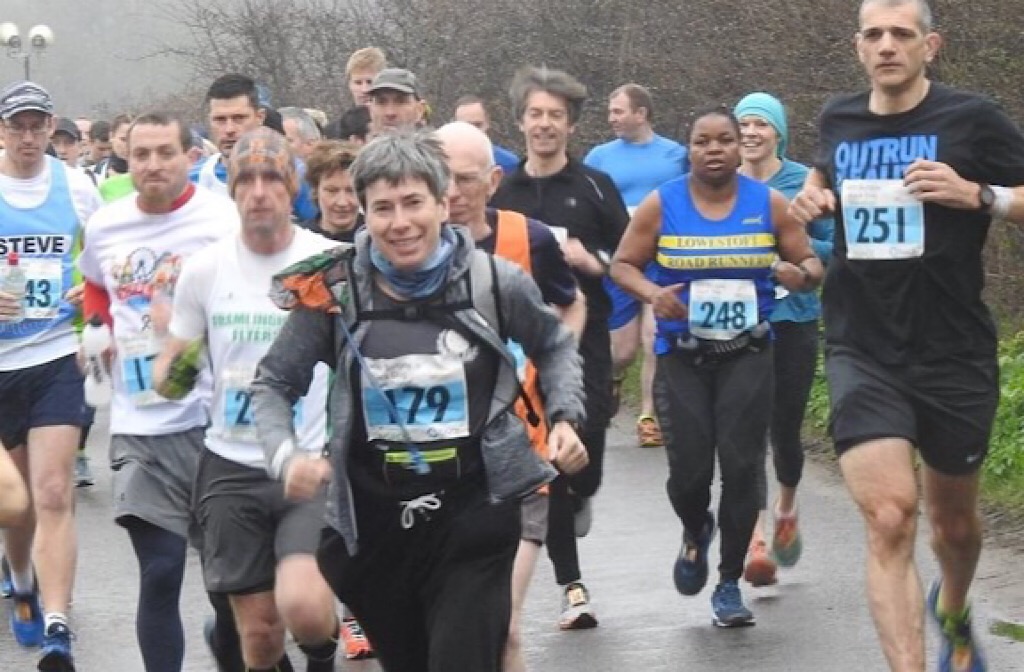 On 14 April, Joan Lightning ran the Bungay marathon as part of the Bungay Festival of Running,. fundraising for Lymphma Action following her sister’s diagnosis with lymphoma last year (she’s now in remission). You an support Joan here.

In her spare time, Joan is self-publishing an epic high fantasy serial on Amazon and Lulu. “I make no claims to being JRR Tolkien – it’s an adventure tale with magic, swords, and (hopefully) believable characters, suitable for all ages above about 11 or 12.”  You can download the first book here. 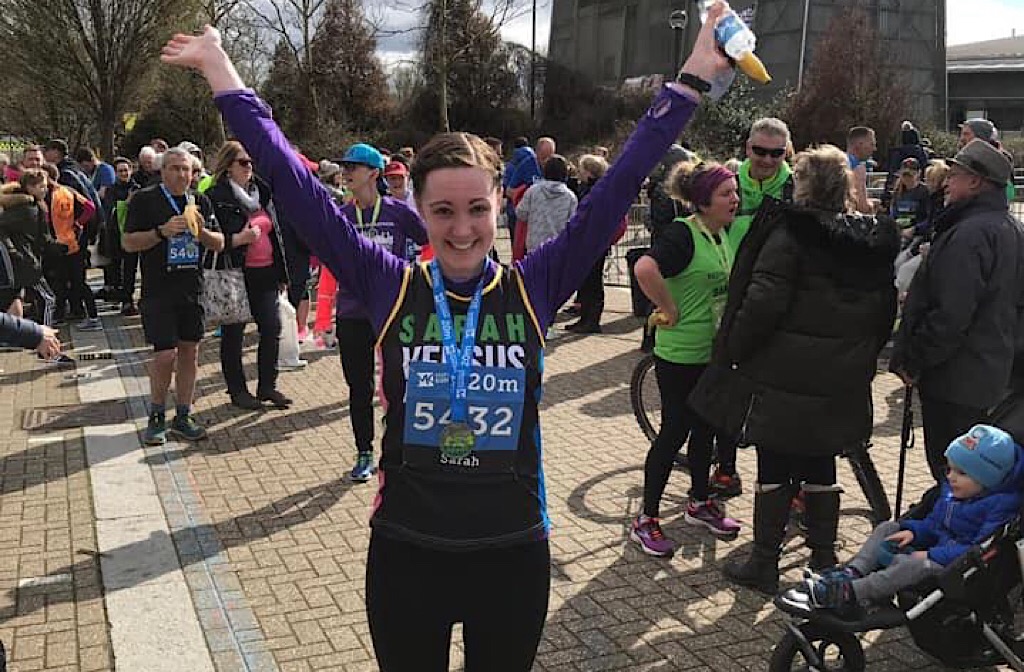 And finally, Sarah Cormack ran the Brighton Marathon on Sunday 14 April for Versus Arthritis. An enthusiastic baker, Sarah regularly has baking disasters. We think she definitely deserves some cake after completing a marathon. You can support Sarah here.