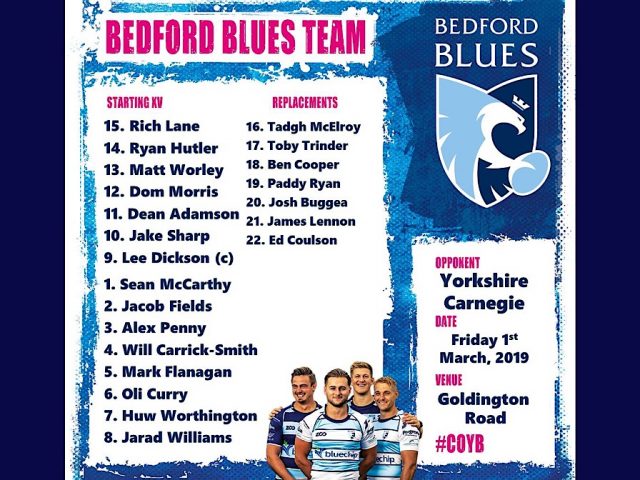 Blues coach Paul Tupai said: “Carnegie are a tough bunch to break down and we know that they’ll be looking to build on some decent form of late . They were very good against us a few weeks ago but we are expecting a big performance from the boys in front of the home fans.

“The lads have had a week off to recuperate and have been fresh and excited in training this week so we’re all looking forward to seeing that out on to the pitch on Friday night.”

The Blues are without Lewis Robling for the clash after he suffered a fractured eye socket, but Saracens youngster Dom Morris has joined on dual registration and heads straight into the starting line-up alongside Jake Sharp who gets the nod at fly half.

The pack remains the same as the one that started against London Scottish a fortnight ago but Ed Coulson has returned from injury to take a place among the replacements.