Today (Saturday) is World Homelessness Day and to raise funds for the charity that helped him, a former homeless man from Bedford has organised a sponsored hike, symbolically carrying his possessions on his back.

Two years ago, Marcellus began living on the streets of Bedford when his relationship ended.

He now works for the King’s Arms Project Pathways to Employment team bringing community and opportunity to people who are in the same situation he was in not that long ago.

“King’s Arms Move-On Housing helped me, then Pathways to Employment created a community for me,” said Marcellus

“I’m part of the Project now, and guys are looking at me and seeing a model of what could happen for them. A lot of them are saying they want to volunteer for Project. More money raised will help more do that.”

To help raise that money and create more opportunities for homeless men and women in Bedford, Marcellus has organised a fundraising event he calls the Share the Load Challenge.

On 17 October, Marcellus will hike Skiddaw Mountain in the Lake District with a small group of friends, while carrying a backpack full of his belongings.

As he walks, he’ll remove items from his backpack and hand them to his friends, symbolising the way he slowly lost everything he owned while living on the streets.

But this time, he won’t be alone. He’ll have friends with him to “share the load.”

“Homelessness isn’t just the problem of the homeless person,” Marcellus says. “It’s everyone’s problem. And it takes the whole community to help someone out of homelessness. We all have to share the load of homelessness.”

During the pandemic, Bedford Borough Council has worked with many of the homelessness organisations across the Borough, including SMART CJS and the Kings Arms Project, to ensure no one has had to sleep rough.

A statement from the Council said, “Over the last six months we have been able to accommodate almost 200 people who either had been rough sleeping or were homeless and not entitled to statutory accommodation.

“Along with the accommodation additional support services have been delivered by the Council, homelessness organisations, ELFT Pathways to Recovery and Mental Health Service and others, which have helped most of the individuals move into more permanent accommodation and helped to resolve the underlying issues that so often contribute to a person becoming street homeless.” 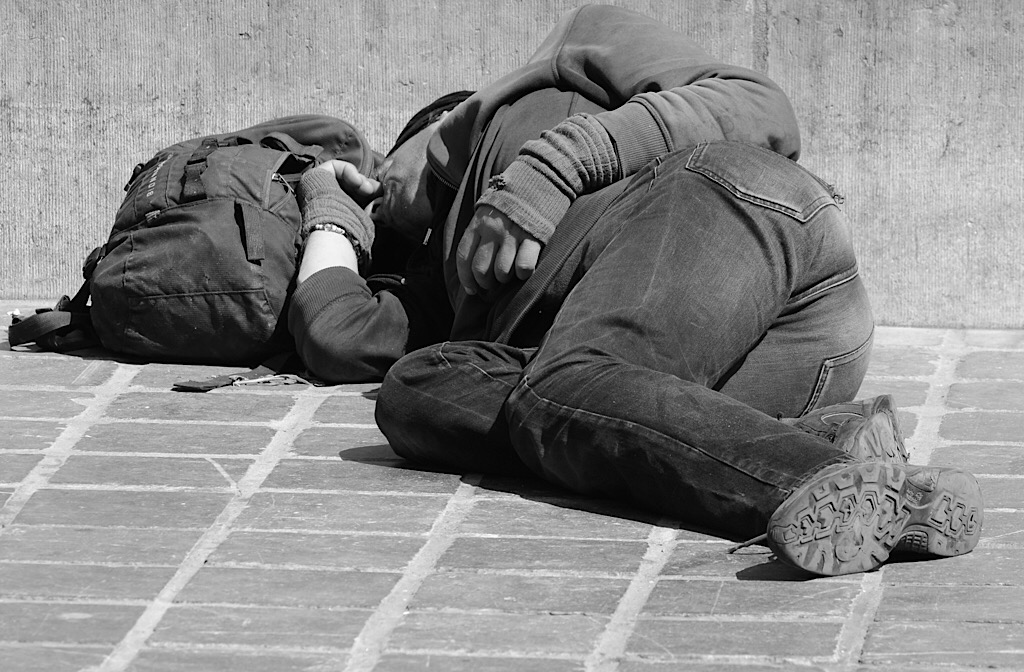 Mayor Dave said, “We must ensure that going forward no one has to return to sleeping on the streets here. People sleeping rough are the most obvious and visible signs of homelessness, but we shouldn’t forget that every year the Council also supports hundreds of people, including families, who become homeless or are at risk of losing their home.

“We do this by providing them with emergency accommodation and help to find a settled home.”

“In recent weeks there has been an increase in begging in Bedford Town Centre, and this is often perceived as being due homelessness.  However, there is now no need to anyone in the Borough to be without somewhere to stay, and no one needs to beg because they are homeless.

“I would urge anyone who wants to help people who are homeless to donate to one of the homelessness organisations in the Borough.”

To give to the Share the Load Challenge and help Marcellus reach his fundraising goal of £3,000, visit his fundraising page at:
kingsarmsproject.enthuse.com/cf/help-marcellus-to-share-the-load