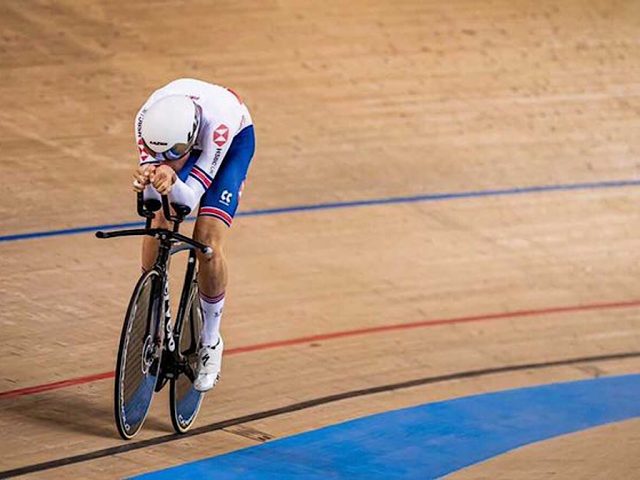 A former pupil at Bedford School is preparing to represent Great Britain in the track cycling Team Pursuit event at the Olympics this August.

Ethan Vernan, who left the school in 2018, will travel to Tokyo this summer with the rest of Team GB as part of the delayed 2020 Olympic Games.

Ethan, who competed in the 2018 Commonwealth Games while he was still at school, will form part of the star-studded GB cycling team, demonstrating that all his hours of hard work and dedication have paid off.

From a young age, Ethan has been dreaming of a cycling career, after starting on the BMX track aged just four.

By 15 he had the British and National Champion and European number two titles under his belt before switching to road and track racing.

He then went from strength to strength, smashing 2.5 seconds off the world record in the Commonwealth Games aged just 17 and the realisation that his dream of competing in the Olympic Games was well within his grasp.

Ethan and his team will be aiming to win their fourth consecutive team pursuit Olympic gold medal.

He will form part of the men’s endurance squad and will be joined by Ed Clancy, Ethan Hayter, Matt Walls, and Ollie Wood.

Speaking about his upcoming Olympic debut, Ethan said: “I was absolutely buzzing when I found out about Olympic selection. It’s only now that it’s starting to sink in – upon receiving emails regarding travel arrangements to Tokyo.

“We are going out to win, as I’m sure every nation is, but we are reigning champions from the previous three Olympics in this discipline, and we are looking to make it four in a row.”

He said: “I am delighted to hear that Ethan has made the team. He is such a lovely young man and absolutely driven to do his best.

“In his Upper Sixth year, he once arrived a few minutes late to my lesson (period one) on a Saturday morning, but the mood soon lightened when he explained he had cycled to school via Cambridge, which was a 90-mile ride. He had left home at 5:00 am to fit it in!”

The track cycling Team Pursuit will be held between 2 and 8 August.