Bedford Borough Council has announced plans to tackle the traffic congestion on Manton Lane and surrounding areas, including re-installing a footbridge removed by the former Bedfordshire County Council 10 years ago.

The plans are part of Transporting Bedford 2020 which is an £18million project that the council says will tackle hotspots that are bring Bedford to a standstill. They include:

The footbridge at Manton Lane was originally removed by Bedfordshire County Council in 2008 and the decision has been widely criticised since.

Speaking to the Bedford Independent, Deputy Mayor, Cllr Charles Royden, who is Portfolio Holder for Environment and Transport said: “The County Council said it would not cause congestion, well clearly it does. It causes a tailback going into Brickhill… and you can’t even got off the (Clapham Road) bypass. It was a bad decision to remove the footbridge and we’re putting it back.”

However Cllr Royden added that the decision may not have been made had further objections during the planning process: “I was the only objection to the removal of the original footbridge and this was deemed insufficient grounds to prevent its removal. It’s imperative that people make their voices heard so that councils can respond to public opinion and amend or stop plans if local people object.”

Now it’s hoped the footbridge will mean pedestrians are no longer holding up traffic at busy times as they are able to cross the road without the use of a pedestrian crossing. 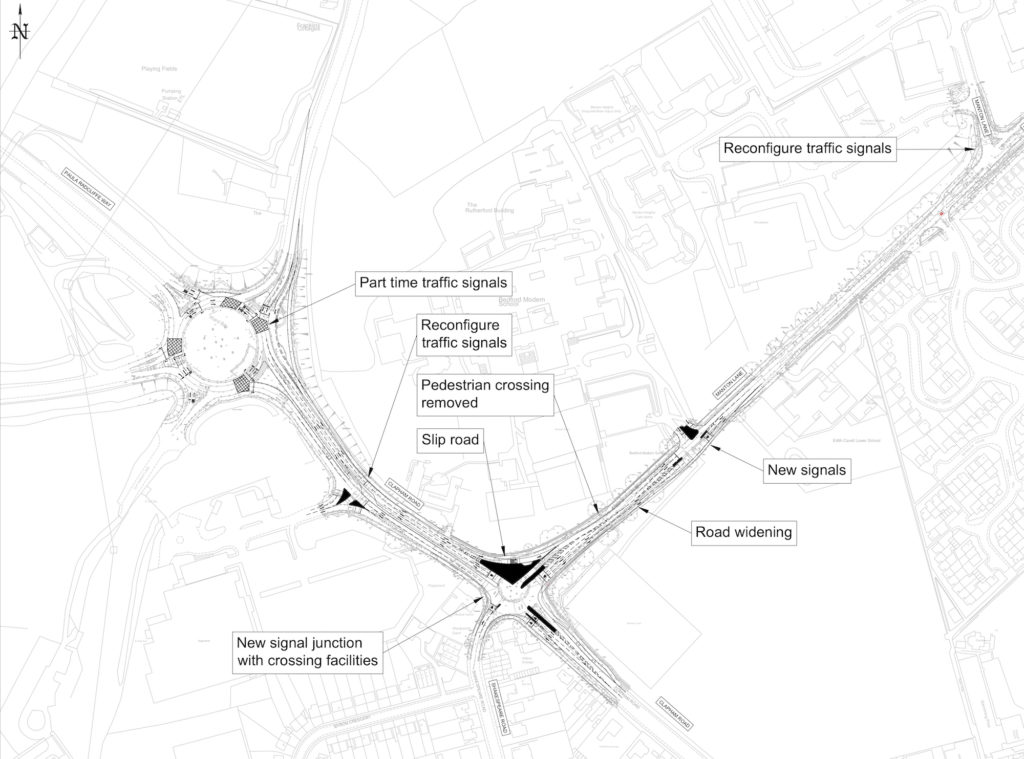 The plans to install the footbridge are subject to planing permission and will be discussed at a future planning meeting on a date to be announced.

Transporting Bedford 2020 also proposes further improvements across the Borough including: