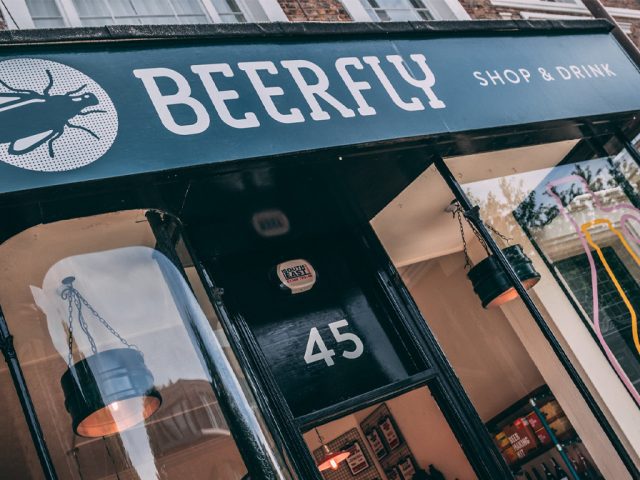 Craft beer shop and bar, Beerfly, celebrates its 1st birthday this ‘Flyday’ (26 July), and while the past 12 months have seen the shop go from strength to strength, owner Tim Edwards says the best is yet to come.

“The first year has been fantastic,” said Tim. “We’ve built a great following of regulars holding up the bar, as well as people who pop in to buy some bits from the fridges.”

Since its opening, Tim says Bedford’s beer lovers have really got behind the Beerfly idea, which is to serve beer from independent producers, mainly around the UK, giving back directly to local economies including in Bedford.

And the figures speak for themselves. At the St. Cuthbert’s Street store, Tim and his assistant Wesley have poured and sold:

While just opening up a bar and pouring beer might be enough for some, Tim says it’s the collaborations with local people and neighbouring businesses that have made the first year so special, including:

Tim and Wesley have also allowed brewers to come in and host tap takeovers. Brewers from Tiny Rebel, Cloudwater and Rushden’s Three Hills Brewery, have all had exclusive events at the store, meeting the punters and chatting about their beers.

But Tim’s not resting on his hops, sorry, laurels, just yet.

“We think it’s time to super charge our unique offering of ever changing beers and ciders and put on a brand new event for Bedford,” he said.

“Hops and Dreams will be a celebration of modern beer, music and street food hosted and run by Beerfly at the Harpur Suite in the heart of Bedford town centre from 24 to 26 October.”

The craft beer festival, which Bedford Independent is a proud media partner of, will feature a large selection of modern beers from the very best local and national craft breweries. 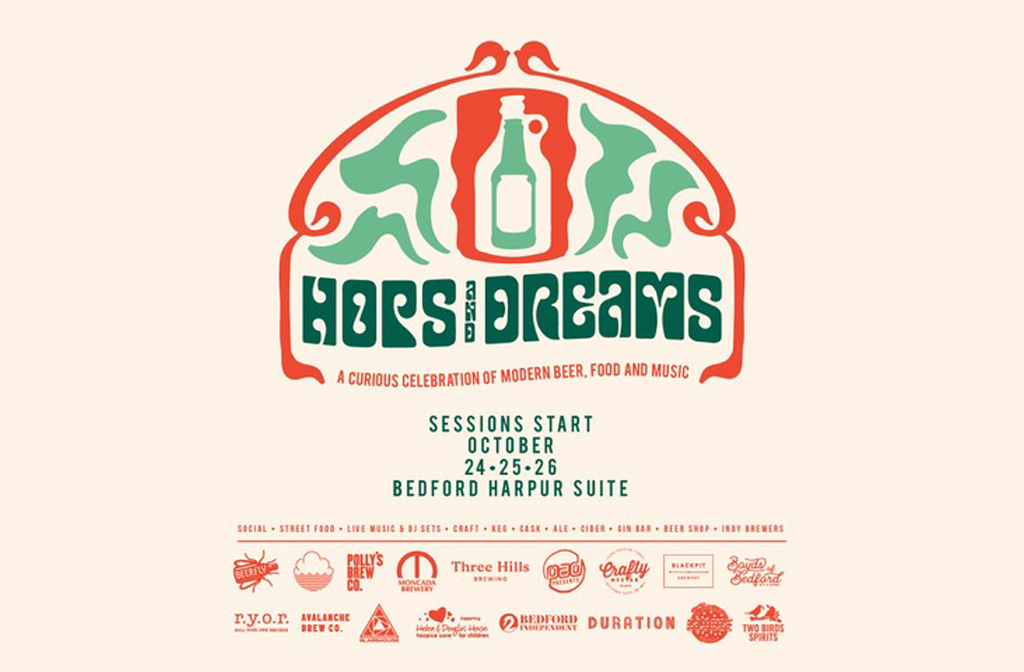 Guests will also have an opportunity to meet the brewers and representatives of those breweries including Cloudwater, Polly’s Brew Co, Glasshouse, Duration & Moncada.

“There’ll be DJs and live bands throughout the venue, brought to us by The Pads Presents and Roll Your Own Records,” added Tim.

“A gin and vodka bar brought to you by Two Birds Spirits from Market Harborough and an awesome selection of craft ciders from our friends at Crafty Nectar.

“There’ll also be street food outside the venue with some of the UK’s best street food vans serving up tasty treats.

“We think this event, supporting exclusively independent business, will put Bedford on the craft beer map and give people an opportunity to sample some of the UK’s very best beers in an interesting and unique whimsical environment, it’s not to be missed.”

Tickets for Hops and Dreams are available here.