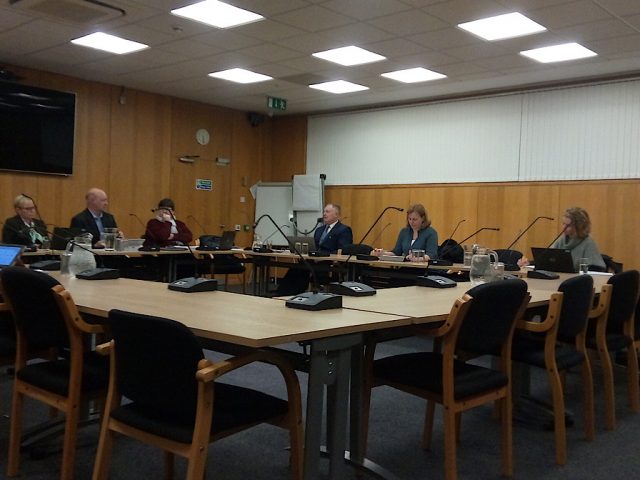 Furious Bedford councillors will be firing off an angry letter to the town’s hospital and health commissioners over the closure of a well-used hydrotherapy pool, resulting in a sharp decline in the number of patients.

These sessions now take place weekly at a hydrotherapy pool at the Anjulita Court care home in Woodlands Park, following the decision to close the pool at Gilbert Hitchcock House on cost grounds.

By comparison, there were 755 users of hydrotherapy sessions over two years when the Gilbert Hitchcock House pool was operational.

Bedford Hospital’s pool, at Gilbert Hitchcock House, in Kimbolton Road, closed in November 2018 and it took nearly a year for a new two hours a week service to be started in Anjulita Court nursing home, in Bramley Way, in September 2019.

“Are we really serving all the patients who need the pool?” she asked representatives of Bedford Hospital and Bedfordshire Clinical Commissioning Group (CCG) at a meeting on Monday.

There is a waiting list of 10 patients and another session has been agreed with Anjulita Court on Fridays, the committee was told.

Tara Dear, of Bedfordshire CCG, said a budget exists to expand the service.

There was anger at the meeting over the way the committee first heard of closure plans for the pool, which they were told needed £120,000 for repairs.

“The whole thing has left us very unhappy,” said committee chairman Cllr Graeme Coombes (Cons, Wilshamstead). “I want you to know in no uncertain terms how angry the committee is about this.”

The news broke on Twitter, early in 2018, the committee heard.

The committee was told that the local NHS would look at the business case for a new pool at a redeveloped Gilbert Hitchcock House.

But they also heard that NHS hydrotherapy treatment, for conditions including rheumatoid arthritis, chronic pain, and musculoskeletal problems, are rare.

The committee, which has a right to be consulted on health service changes, slammed hearing of the possible closure of the pool on social media.

Cllr Dean Crofts (Lib Dem, Kingsbrook) said: “We can’t be in a position of finding out on Twitter that health services are changing. I believe the CCG has made the wrong decision.

“Miraculously, in 18 months all these patients have disappeared.”

Members of the public preferred keeping the pool open during a consultation exercise.

But the Bedfordshire CCG governing body approved the closure on September 19, followed by the Bedford Hospital NHS Trust Board on October 2.

With only one alternative facility in use with limited capacity, it is feared that the shocking fall in patients receiving hydrotherapy care will continue as clinicians make prescribing decisions accordingly.

Commenting, Bedford Borough Liberal Democrat Health spokesperson Cllr Dean Crofts said, “These figures confirm our worst fears about the closure of the hydrotherapy pool. This is a shocking collapse in the number of patients benefiting from hydrotherapy, and a major reduction of an important service.’

“To run group sessions at just one site after telling the public that there would be five or six is absolutely scandalous.

“For the Commissioners to claim that this has been a positive change is ludicrous and suggests a worrying attitude towards a service which is valued highly by hundreds of local patients. ”

Cllr Kay Burley (Lab, Kempston Central & East) said: “I feel very angry. I would like to think that the service was there when I needed it.”

And Cllr Lucy Bywater (Green, Castle) said: “People using the service are happy but they are a very small number. Other people are very, very angry.”