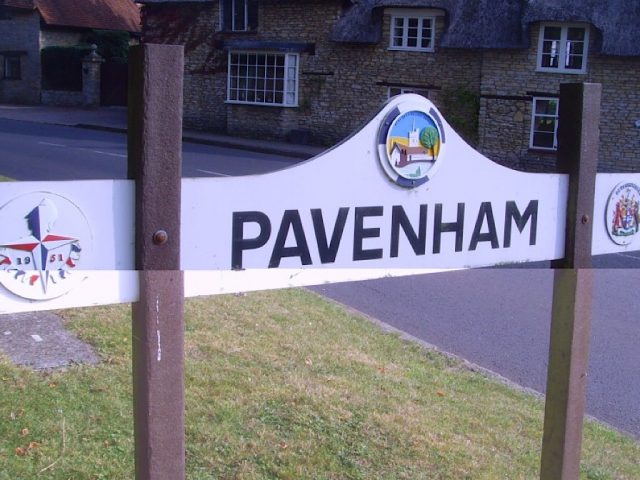 A farmer’s use of buildings for storage and distribution – and the lorries associated with the business – has split the community in Pavenham.

The issue came to a head at a meeting of Bedford Borough Council’s Planning Committee where councillors were discussing whether to approve the permanent use of the site, off Pax Hill, in Pavenham.

While Pavenham Parish Council had lodged no objections, 30 residents took part in a five-day traffic survey to support their worries about heavy lorries ruining the village. There were also objections from rural campaigners the CPRE Bedfordshire and the nearby Oakley Parish Council.

Cllr Jane Walker (Cons, Clapham), spoke in her capacity as an Oakley Parish Councillor. She said residents were, “very, very concerned about the safety of our residents” from the estimated extra 40 lorry movements each week.

Long lorries are already causing problems at the crossroads where, she said, they already mount the pavements.

The farmer, Mr Blakemore, had been given temporary permission for two years to use the building for storage and distribution while the impact is assessed.

Council planning officers had no concerns, saying the road is already used by large vehicles, including buses.

Cllr Thomas Beazley, the chairman of Pavenham Parish Council, said the council is aware of the contentiousness of the site.

Cllr Beazley, a farmer, who has lived in the village for 56 years, said the lorries, although longer, actually carry less weight than lorries going to a grain store would. They carry plastic pipes.

He pointed out that the road is the “main arterial route” into north Bedfordshire, and is used by farms, including his own, for deliveries using heavy goods vehicles.

“My own view is that these lorries are the best traffic calming we have got,” he said. “There is no doubt that it is frightening. If there is a lorry or a bus it is a frightening experience.

“I have to say that the buses are one of the worst offenders for speeding in the village. If you are in any part of a narrow village on the pavement, then large vehicles are always going to be imposing.

“But personally I have a lot more faith in a lorry driver than 95 per cent of people who drive cars through Pavenham.”

And Sam Franklin, the applicant’s agent, said the change of use had helped the farmer’s business. He said the lorries carried no more than nine tonnes, compared with 29 tonnes when when it was a year-round commercial grain store.

“I feel we’re being scapegoated for all vehicle movements through the village,” he said. “We’re blamed for all HGV movements in and out of Pavenham via Oakley but we know there’s been new development in Carlton.

“There are other commercial premises in Pavenham and beyond, and they are carrying out a huge amount of work on the railway line.

“Pavenham has always been used as an HGV through-route. It is a fact of life for these north Bedfordshire villages. We’ve tried to minimise traffic movements.”

He added that they were mindful and respectful of local concerns and had made changes to their operations as a result.

Councillors approved the application to continue using the site for storage and distribution by six votes to nil.

Letters: a failure in the adequacy of the East West Rail...

A decade of Competitive Creative Design at Cranfield University