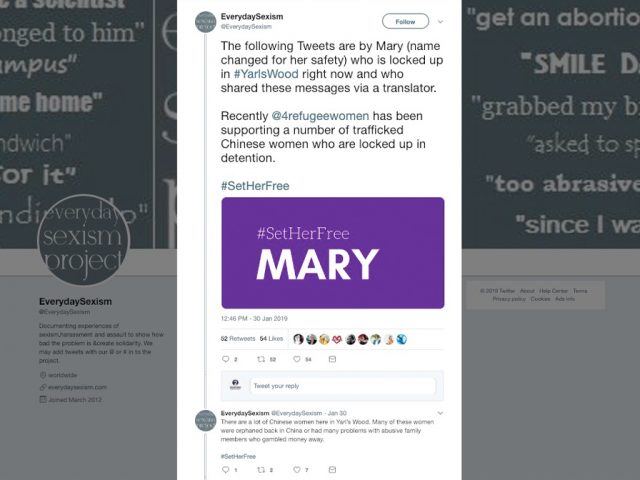 On Wednesday 30 January, the charity Women for Refugee Women and Everyday Sexism took to twitter to highlight the plight of detainees at Yarl’s Wood immigration removal centre on the outskirts of Bedford.

Each of the women involved in the Twitter takeover found that detention had a harmful impact on their mental health. Mariam and Agnes are now investing much of their time into supporting other women who have been detained. 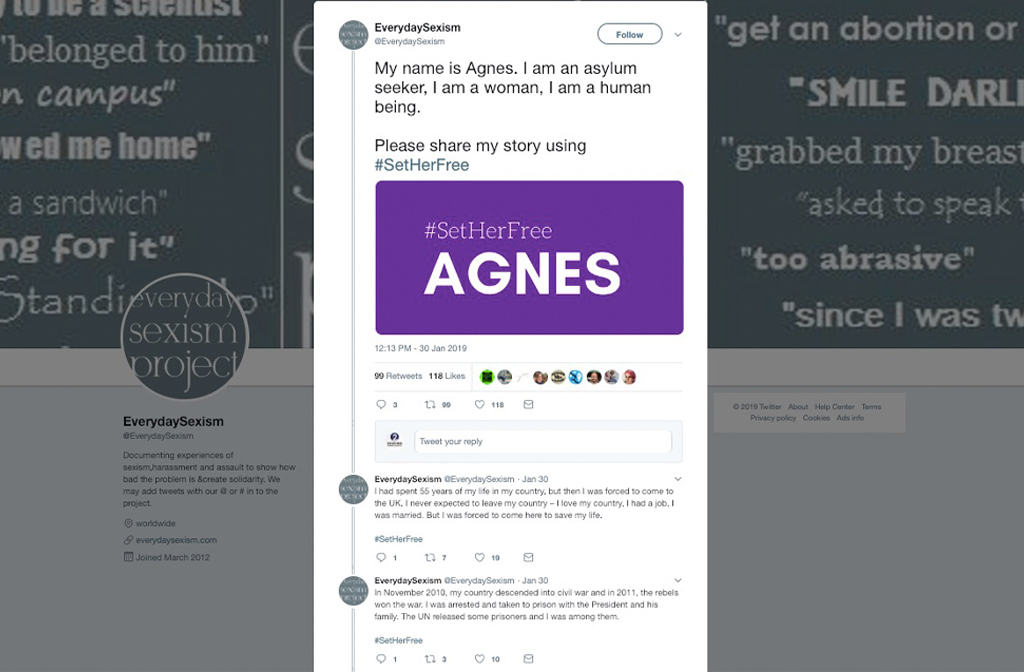 “The thinking behind the Twitter takeover was that we need to do something to make sure that women who have had this experience of being locked up in Yarl’s Wood can have their voices heard,” explained Samatha Hudson of Women for Women Refugees.

“Women who come to the UK looking for safety having fled persecution deserve to be able to rebuild their lives with dignity. Instead, the UK Home Office continues to lock up women who have sought asylum for long periods of time.

“Women for Refugee Women’s research has shown how the vast majority of asylum-seeking women in detention have survived rape, trafficking and other forms of torture.

Detention traumatises them further and causes lasting harm. Women for Refugee Women is grateful to the Everyday Sexism project for sharing their platform with refugee women to enable their calls for an asylum process without detention to be heard by a wider audience.

“Too often, refugee women’s voices are silenced and they not given the space to be part of the solution to the injustices that affect them. It’s time to shut down detention centres like Yarl’s Wood and build a fairer asylum process for women seeking safety.”

Yarl’s Wood Befrienders is a local charity that began visiting detainees as soon as Yarl’s Wood IDC opened in 2001. Its aim is to be a bridge between the people detained indefinitely in YWIRC and the local community, reassuring them that they are not alone and that there are people nearby who care about them.

“We are delighted to see Everyday Sexism giving a much needed platform to some of the many women who are and have been detained indefinitely at Yarl’s Wood,” said Befrienders’ director, Caroline Clark.

“There is a great deal of ignorance about immigration detention in this country, even among people who live within a few miles of an immigration removal centre, and a lot of misconceptions around who is detained, for how long, and why.

“Twitter is a helpful tool to get these women’s voices heard.” 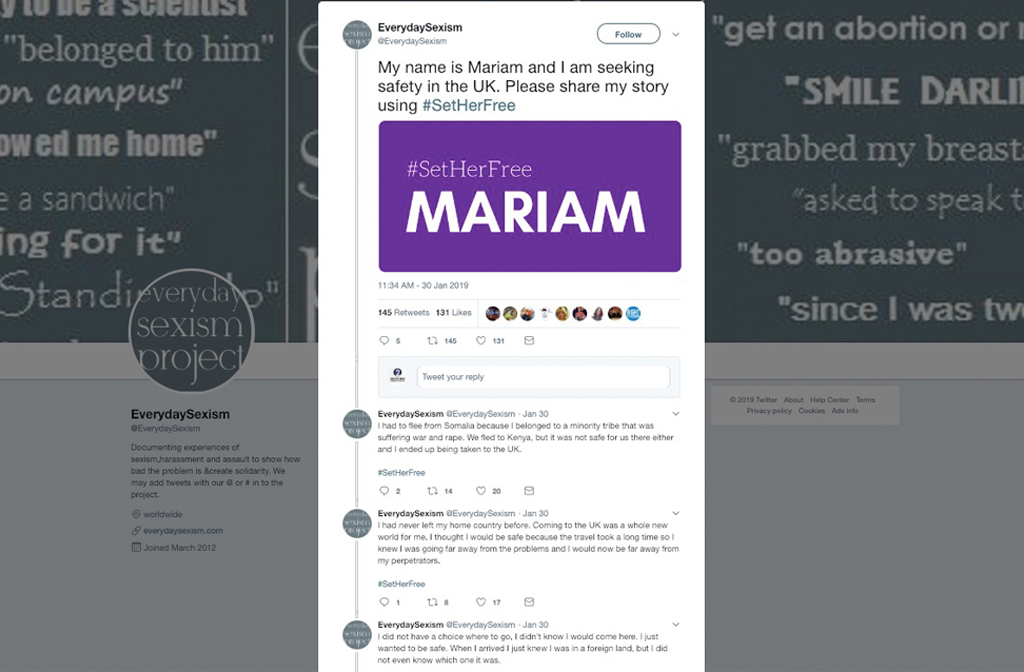 “The impact of detention on people’s physical and mental well-being is something which our volunteers see on a daily basis.

“People arrive at the Centre and assume they will be there for a matter of days, and immediately they will meet others who have been there for weeks or months.

“We are visiting someone at the moment who has been in Yarls Wood for almost a year. Not knowing how long you will be there is extremely stressful for people, particularly when they don’t understand why they have been put in there in the first place.

“It can be a very stressful and isolating experience, with many people being very far away from friends and family.

“Our volunteers’ weekly visits, in which they listen, encourage and support, are helpful to people who may have had very traumatic life experiences even before being detained.

“One told us: ‘You came into my life when I needed you more than words can express. The comfort, understanding, care and most of all sacrificing your time to visit me is something I will live to cherish.’”

Too often, their voices are not heard. It remains a scandal that so many women are detained indefinitely, having committed no crime, a significant majority of them survivors of sexualised violence.

The government urgently needs to take action to end this barbaric practice, which should be considered a national disgrace.”

Women for Refugee Women’s introduction to the issue of detention: https://twitter.com/EverydaySexism/status/1090686205971365888