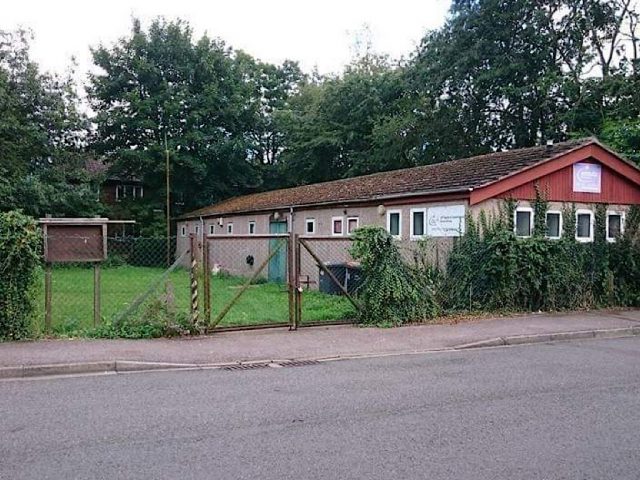 The impact of a break in and fire at the Elstow Pilgrim’s Way Scout Hut on Wednesday evening has been described as “huge” and “devastating” by a committee member for the 78th Bedford Scouts.

Bedfordshire Fire and Rescue Services were called at 7.36pm on Wednesday evening (27 July) to a fire measuring approximately 30 metres square. It took one hose reel to put out and has been recorded as ‘deliberate’.

Police arrived at approximately 10:45pm. An enquiry is ongoing.

Dawn McCarthy, committee member for the 78th Bedford Scouts said: “A lot of damage has been done to the inside of the hut.

“The Scout Hut’s got some really old equipment in it that’s been used for years. We’re not sure if we can save it because of the smoke damage.

“We’re full now [of members] and have a waiting list so the impact is going to be huge. Obviously we’ve got this massive clean-up operation and we don’t know if we need to buy everything again.”

She said the space is “used constantly” as they run Scout groups three nights a week from Pilgrim’s Way. They also sometimes hold camps there for the younger Beaver Scouts who are not used to camping outside.

Some of the facilities/equipment believed to be damaged includes:

According to Dawn, The 78th Bedford Scouts have used the hut for approximately 15 years. Before that it was used by another scouting division. The 78th inherited a lot of ‘very old tents and equipment’ from them which have all been fire damaged.

It was renovated in 2017 when the climbing wall was put in.

The group is holding an emergency meeting this weekend to discuss a plan of action. Scouts are due to start back in September but there is a question mark over how they will do this.

Since posting about the fire on Facebook, they have been offered help and assistance by other Scout leaders, friends and children’s parents.

Dawn said: “It’s been a really good response from local Scouts. People have been saying “if you need anything, we’re happy to help”.”

She said this was “really lovely” but added, “it’s going be a huge job from what I’ve heard. I think there was a lot of damage.”

She spoke passionately about the positive impact the 78th Bedford Scouts has had on children and their families. It’s something she has personal experience of.

Her association with the division began when her daughter joined in 2017. Shortly afterwards, Dawn became a committee member and has been helping them to grow.

She said the 78th Scouts has given “everything” to her family. “Our scouting journey began with the 78th. Out of all the things my children have done, it’s been the best thing they’ve joined. That’s why it’s so devastating. We’ve had such a lovely time.”

Dawn said scouting is very special to her daughter who was very upset about the fire. Dawn’s son is a current Scout member and said to be “very shocked”.

It’s fair to say the 78th  has had a huge impact on Dawn’s family. Her daughter recently graduated to Explorer Scouts and will represent Bedford in the World Scout jamboree held in South Korea next year.

She has also become a ‘young leader’ and helps out at Wixam’s Scouts. Dawn said: “If she hadn’t of joined the 78th none of this would have happened. It’s really influenced our lives.”

She thinks scouting brings “opportunities and experience” to young people that they might not otherwise have. Activities like rock climbing and kaiaking become affordable when done through Scouts.

But it’s not just about the activities they learn. Dawn said: “they respect each other, they’re all in a group, they look after each other at camp. It’s not what I expected it to be.”

If you who like to help the 78thBedford Scouts in anyway, following the fire, please contact them here: 78thbeavers@gmail.com