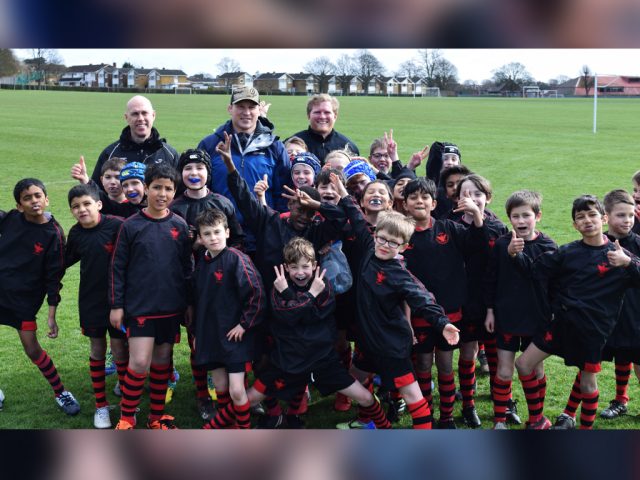 Dylan, who plays for both England and the Northampton Saints currently co-captains our national team and is recognised as the country’s most capped hooker.

As captain, he drove England’s to win Grand Slam in 2016, the first time that England had achieved this since 2003.

Head of Rugby, Brett Richmond said Dylan’s visit, on 14 March, was a proud day for the school: “It is a huge honour for the school to have someone of his playing ability offer to come down and coach.

“The boys really took advantage of this opportunity and have shown real progress through the morning’’.

Head of Junior School Sport, Tim Bucktin, added: “This was a fantastic experience for our Year 4 boys to receive professional coaching from the co-captain of England.

“It was thoroughly enjoyable for everyone involved and I’m sure the boys will remember it for a very long time to come.”

Faith settings to be advised on how to reopen safely in...

£2.7m of business support grants land in accounts this week

New temporary job centre to open in Bedford in ‘response to...

Oxford-Cambridge Arc: What does a new regional transport plan mean for...