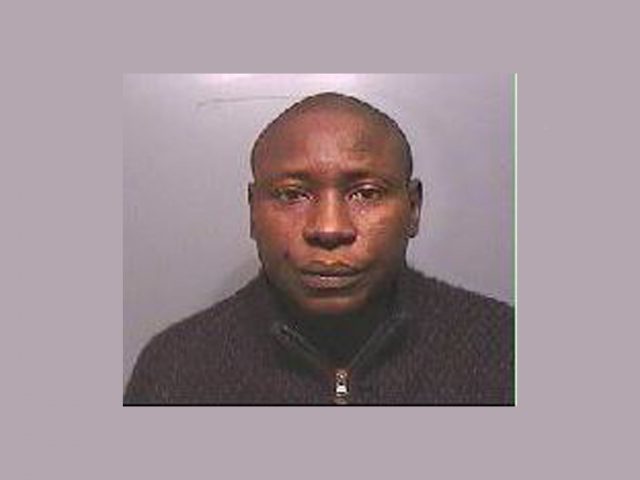 A Clapham man has been found guilty of a 1999 rape after he was identified as part of a review into unsolved serious sexual assault cases.

On 1 June 1999 the victim, then in her 30s, was walking home and grabbed around her throat from behind as she walked along Bromham Road, Bedford, and dragged into nearby bushes and raped.

After reporting the incident a forensic examination recovered DNA but it was not possible to identify the offender.

However, after reopening the case and reexamining DNA records, Donald Kargbo-Reffell, 49, of Princess Street, Clapham, was identified.

Yesterday he was jailed for 12 years at Luton Crown Court yesterday (Tuesday), after being found guilty at a seven-day trial in early October.

His victim released an emotional statement about the attack that has haunted her for 19 years: “I didn’t believe he would be found guilty after all this time. I knew the police believed me, but to know that the 12 jury members did too made me have faith in the justice system. For 19 years I have suffered with this rape.”

His Honour Judge Richard Foster praised the victim for her bravery and said: “I cannot think of a worse piece of violence to be inflicted on a woman.” He went on to express his gratitude to the investigation team for the “marvellous job” they have done in revisiting this cold case.

The judge also made a High Sheriff’s Award of £250 to a witness for coming forward and giving evidence.

Detective Inspector Alan Page, from the Bedfordshire, Cambridgeshire and Hertfordshire Major Crime Unit, said: “The victim has been incredibly brave. Firstly, all those years ago, making the initial report of the attack, and now so many years later supporting the reinvestigation. We must commend her courage.

“We take all reports of rape, sexual assault and sexual violence extremely seriously… We would encourage anyone who has been the victim of rape or sexual abuse, no matter when it took place, to come forward and report their experience, get support and more importantly, know they are not alone.”

This case was reviewed under Operation Painter, which was started in 2016 by the Bedfordshire, Cambridgeshire and Hertfordshire Major Crime Unit, and reviews undetected rapes and sexual offences which occurred between 1974 and 1999. The team is currently reviewing over 1,600 crimes dating back as far as 1974.

If you have been the victim of rape or sexual assault, support and guidance is available from Bedfordshire Police and its partner agencies, including the Sexual Assault Referral Centre (SARC), as well as being supported through the criminal investigation process.

Victims can make a report to police by calling 101.