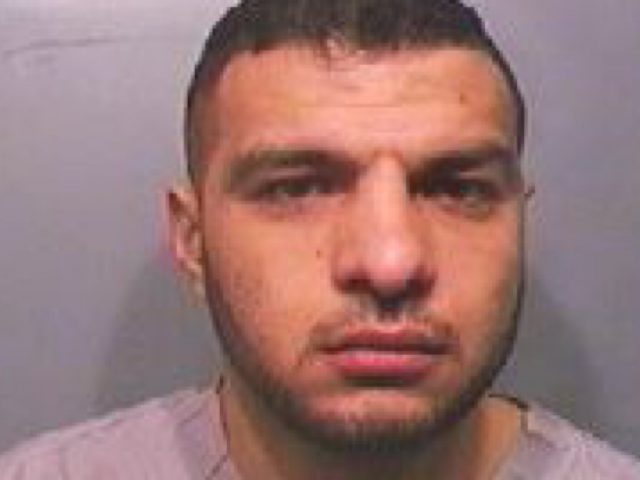 A man found guilty of raping a woman on Bedford Embankment in February last year, and stalking and sexually assaulting another woman, has been jailed today for 12 years after being deemed as a danger to the public.

Anderson Cosma, 26, of Kimble Drive, Bedford, was found guilty of raping a woman on the Embankment after a three-week trial at Luton Crown Court in December.

He was also found guilty of stalking and sexual assault of another woman.

At the Old Bailey today, an initial sentence of nine years was extended to 12 after Her Honour Judge Lynn Tayton deemed him to be “most dangerous”.

He was also issued with an indefinite restraining order in relation to both victims and will be placed on the sex offenders register.

On Friday 2 February last year, at around 6.30pm, Cosma had been lurking around the town centre waiting for a woman he had been stalking to leave work. When she didn’t appear he chanced upon his next victim, who he had spotted walking alone along Silver Street.

Cosma met his victim as she walked along The Embankment on 2 February 2018.

He chatted to her briefly before pulling her into some bushes and raping her.

He was caught fleeing the scene by CCTV cameras along The Embankment. Police officers then arrested him in Bedford town centre the following day after recognising him from the CCTV images.

In interview it was discovered that Cosma had been stalking another woman who he had lay in wait for that Friday evening.

When she failed to appear, he subjected his next victim to the horrific ordeal for which he is now behind bars.

Detective Chief Inspector Jackie Dadd, of Bedfordshire Police’s specialist Emerald unit, which investigates rape and serious sexual assault, said: “This is a great result for the team that worked so diligently to locate the offender, but the sentence passed today will never undo the harm that Cosma has inflicted upon his victims.

“This is perhaps one of the worst crimes that can happen to an individual and one that can present challenges in terms of securing convictions.

“Cosma is a sickening sexual predator and I am glad he will spend time behind bars, preventing further harm and reflecting upon his actions that have severely impacted the lives of these women.

“We are pleased to have been able to provide some justice for his victims who we hope are able to take something from today’s sentencing, and with appropriate support can now begin to recover.”

Detective Superintendent Liz Mead, said: “It is critical that victims have trust and confidence in the criminal justice system to report the most personal and horrific crimes against them.

“Our prime concern is to give victims the support they need, to listen and guide them through the investigation process so that offenders such as Anderson Cosma are brought to justice, whilst respecting their wishes.

“I would like to personally thank the victims in this case for their courage to come forward.”

Bedfordshire Police and partner agencies including the Sexual Assault Referral Centre (SARC) support victims of rape and sexual assault, including through the criminal investigation process.

If you believe you are being stalked or harassed, please contact Bedfordshire Police for help and advice.

Call 101, or report your concerns via the online reporting tool, or 999 in an emergency.