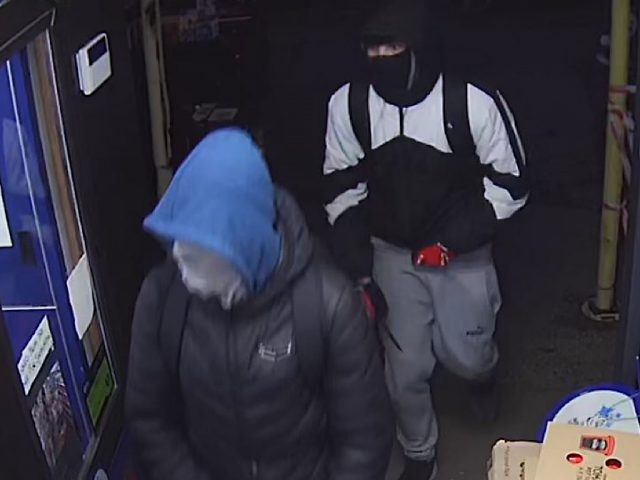 Bedfordshire Police has issued an image from CCTV of two men who carried out a robbery at a convenience store in Bedford.

At around 4.30pm on Friday 3 January, two offenders with their faces covered and holding knives, entered the Premier Shop on Harrowden Road, Bedford.

One of the offenders threatened a member of staff with a knife, and the other went behind the counter and took money from the till.

They left the scene in the direction of Worcester Road.

The first offender is described as white, 5’10”, slim, in his late teens or early 20s.  He was wearing a black and white hooded jumper, red gloves, grey tracksuit bottoms and black and white trainers.

He had a black backpack and a black scarf covering the lower part of his face.

He was wearing a black Puffa jacket, a blue hooded jumper, black Adidas tracksuit bottoms with white stripes, and white trainers, with a grey scarf covering his face.

“We will not tolerate knife crime and are doing all we can to locate those responsible.

“If anyone has any information, please get in touch.”

If you have information, please call 101 or use our online reporting tool quoting reference 40/541/20.

Alternatively, you can call Crimestoppers on 0800 555 111 anonymously. 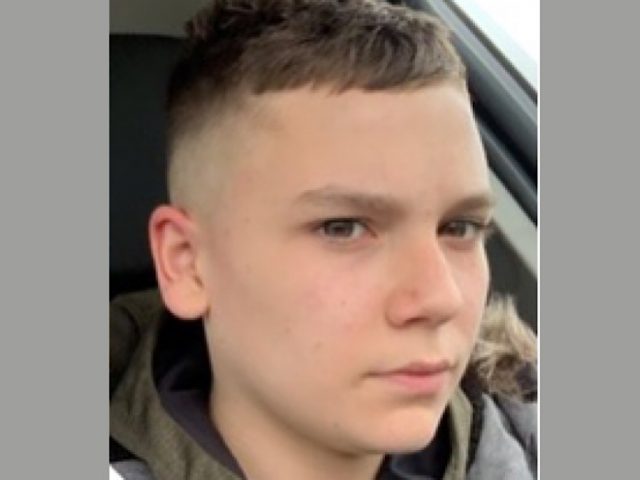 Visit SMART Prebend Centre this Friday for a warm welcome at...