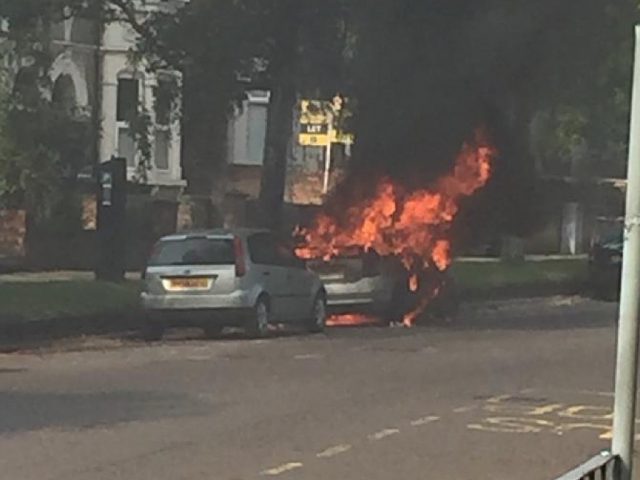 Locals on Clapham Road, Bedford were shocked to hear a series of loud bangs after a car caught fire this morning.

Residents reported hearing ‘at least half a dozen’ loud bangs as the parked Toyota Prius burst into flames.

The explosive sounds and plumes of black smoke could be heard and seen from a number of streets away.

Bedfordshire Firefighters swiftly got the blaze under control as Police closed the road to traffic.

In a statement, Bedfordshire Fire and Rescue Service said, “At just before 10:30 this morning (11 September) Bedfordshire FRS were called to reports of a car fire on Clapham Road.

“One crew attended and have now extinguished the fire. The crew remain on scene to ensure the lithium battery is fully cooled and there is no secondary fire.

“There were no reports of injury but the Service thank the 23 people who called in to report the fire.

As yet the cause of the fire is unknown.