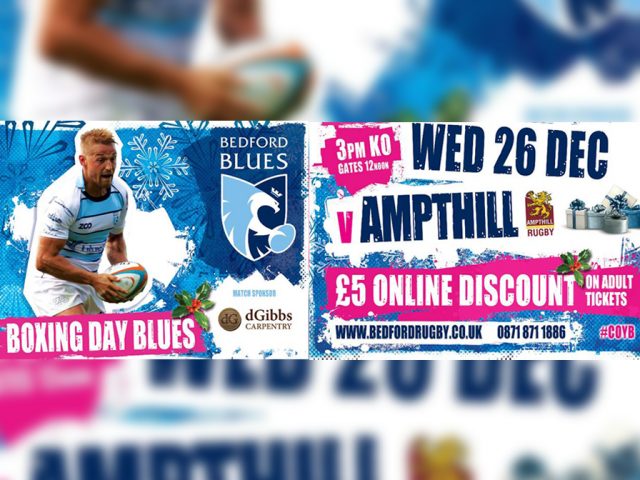 Bedford Blues and Ampthill will face each other in the ‘Battle of Bedfordshire’ this afternoon giving local rugby fans a festive treat with a traditional Boxing Day game at Goldington Road.

Blues Director of Rugby Mike Rayer said: “Everyone is very excited about the game against Ampthill and we’re really looking forward to a good workout against a very impressive team. Ampthill have been playing some magnificent rugby this season and it will be a great test for us between a long break in Championship fixtures.

“We had a really tough encounter against Richmond at the weekend, but the lads trained really well on Christmas Eve and are raring to put on a good show in front of what will no doubt be a big Boxing Day crowd.”

Jake Sharp has also been confirmed as playing since re-joining the club last week but Paul Tupai will have his Blues’ jersey on ‘one last time’ as he takes a place on the bench.

Read: Fly half Jake Sharp puts his Bedford Blues jersey back on 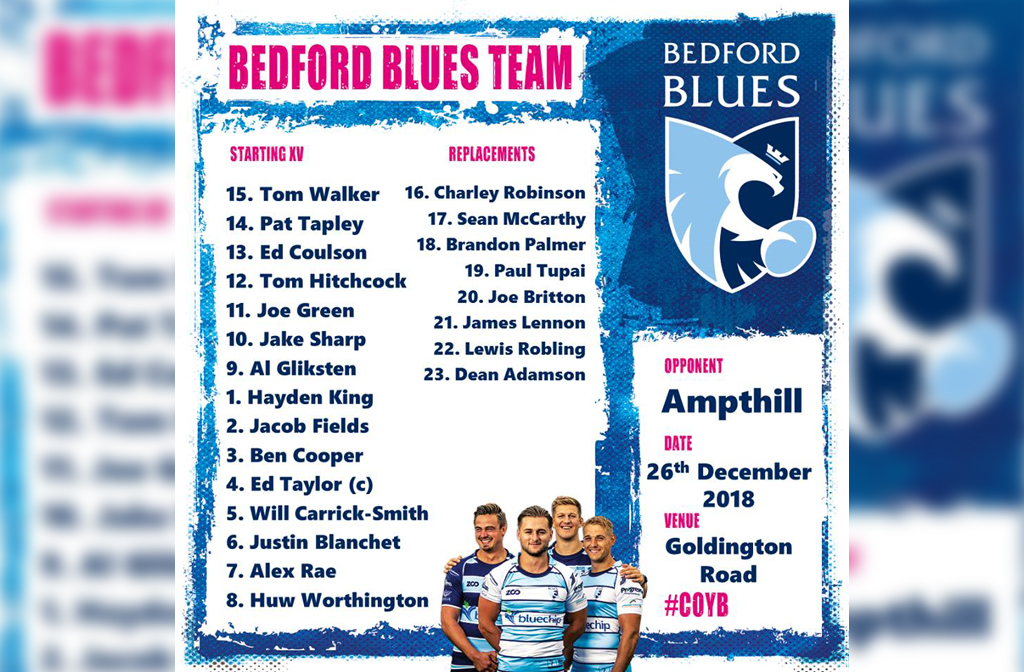 Ampthill will have some familiar faces in their starting line-up. James Pritchard, Soane Tonga’uiha and Billy Johnson all making a return to Goldington Road.