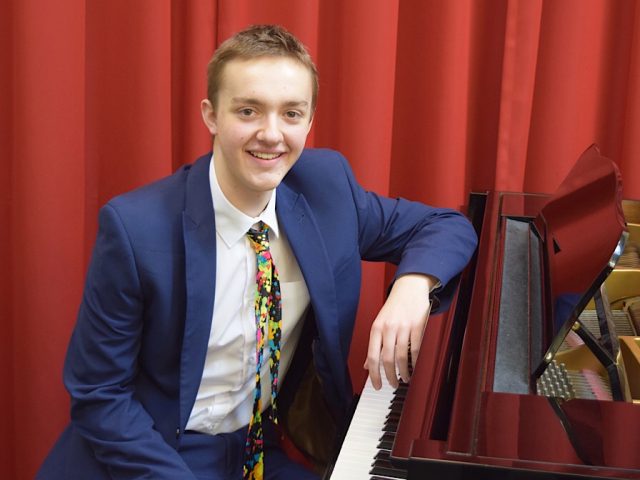 A Bedford Modern student made his on-screen debut this week as Elton John’s hand double in the movie, ‘Rocketman’.

Greg May, who is in Year 12, appears as the 14 year-old Elton’s hand double as he auditions for the Royal Academy of Music.

Greg was approached to audition through the Junior Royal Academy of Music, where he is currently a student.

He sent off his body measurements, complete with a photo of his hands and a video of him playing the extract of music needed, Mozart’s Turkish March and was asked to go to Pinewood Studios two days later to film. 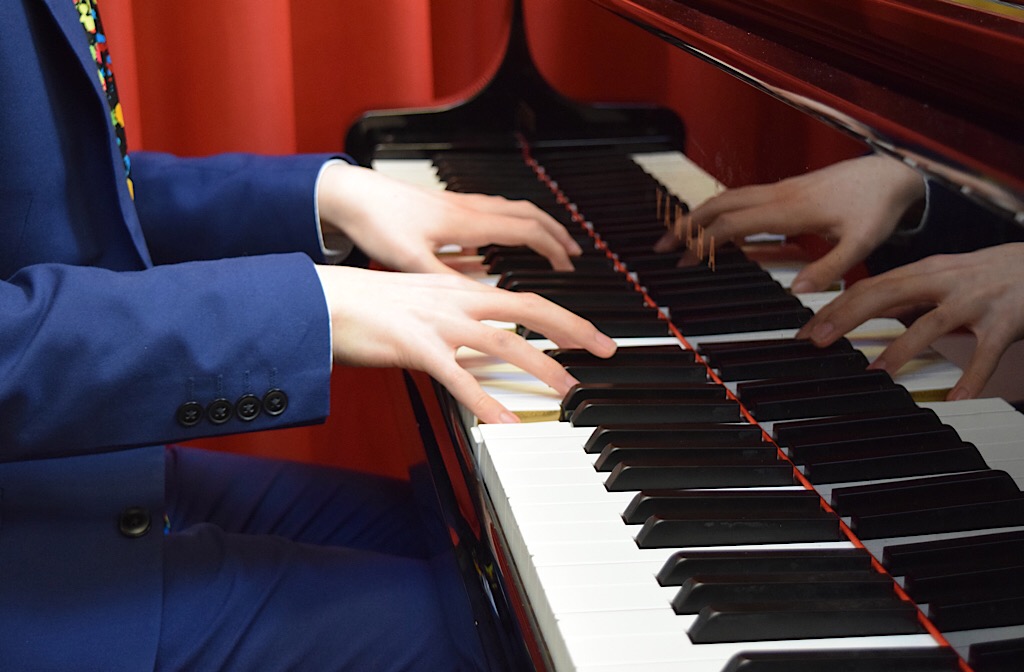 Greg said: “The day was very long but interesting, as I got to see them shooting some last minute scenes.

Trying to fit into the costume of the 14 year-old actor I was doubling was quite a challenge, but the costume designer worked her magic, as did the make-up artist who dealt with my hands. I was very well treated all day and it was an amazing experience.”

Alongside his A-Levels Greg is currently studying for his Diploma in Piano, which he hopes to sit over the summer, and he plans to study music at university in the future.