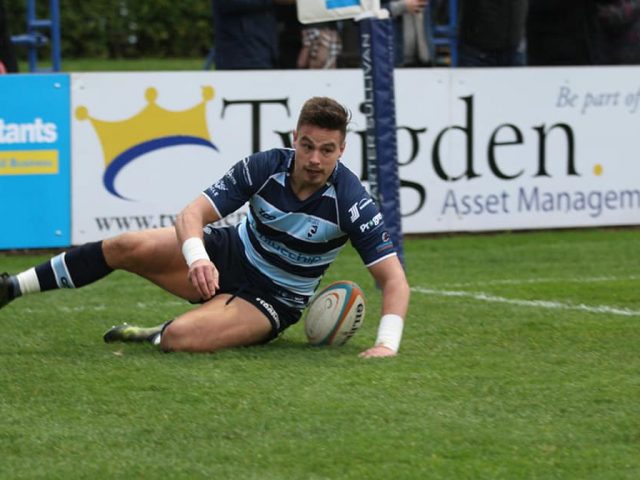 Bedford Blues face Jersey Reds in Round 12 of the Greene King IPA Championship later today, with a change to the starting line-up thanks to some injuries.

Following a cracking but hard-fought win over Ealing Trailfinders at Goldington Road last weekend, the challenge of taking on the Reds in front of their own fans will be tough.

Bedford make a handful of changes. Will Hooley is out after picking up a frustrating knee injury in the last five minutes of last weekend’s game. Lewis Robling will into the fly half position to help fill the gap.

Meanwhile, Matt Worley puts on the number 13 shirt after signing on a Northampton Saints dual-registration.

In the forwards, Charlie Clare returns at hooker, Will Carrick-Smith comes into the second row and Justin Blanchet replaces injured Oli Curry.

Blues Director of Rugby Mike Rayer said: “It goes without saying we were all delighted with last weekend’s win.

“Everyone put a lot of hard work into the preparation and to start like we did, then having to come back and dig in at the end, says a lot about the whole group we have here this season.

“It doesn’t get any easier though, as we now head over to Jersey who are unbeaten in the Championship at home this season.

“The Reds have flourished over the course of the campaign and we will need to be extremely clinical and show the same resolve from last week if we want to leave the island with the result we want.” 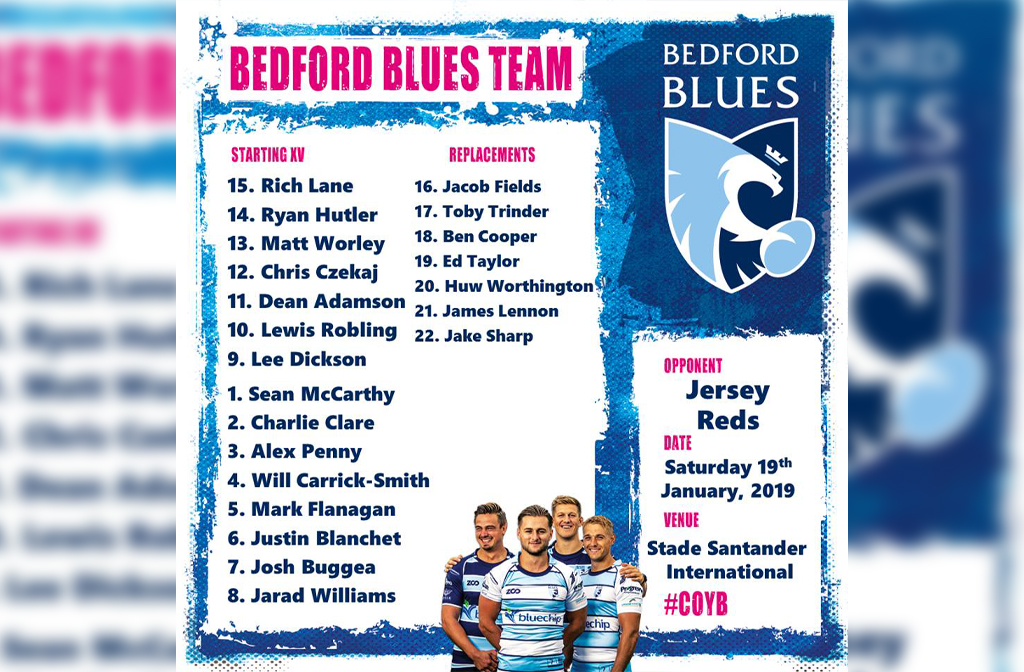