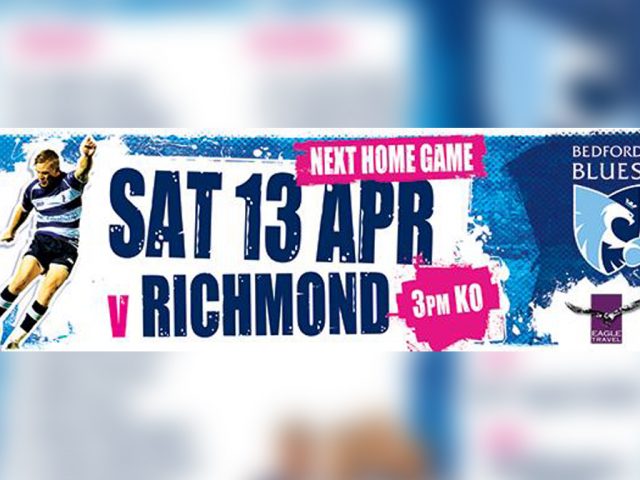 Bedford Blues are looking to bounce back from their narrow defeat at Hartpury a fortnight ago, when they face Richmond at home this weekend in Round 20 of the Greene King IPA Championship.

But they know they are in for a huge challenge with the south west London visitors fighting for their league survival.

The last time the two teams met, they both played a fascinating game at the Richmond Athletic Ground with the Blues securing an 11-27 victory.

While the scoreline suggested a Blue’s dominance, both teams were much closer and an exciting match is expected on Saturday (13 April) afternoon.

Five changes have been made to the Bedford side since the Hartpury meeting.

Matt Worley and Lewis Robling return to the back line. Sean McCarthy and Alex Penny come into the front row. Oli Curry appears in the second row. 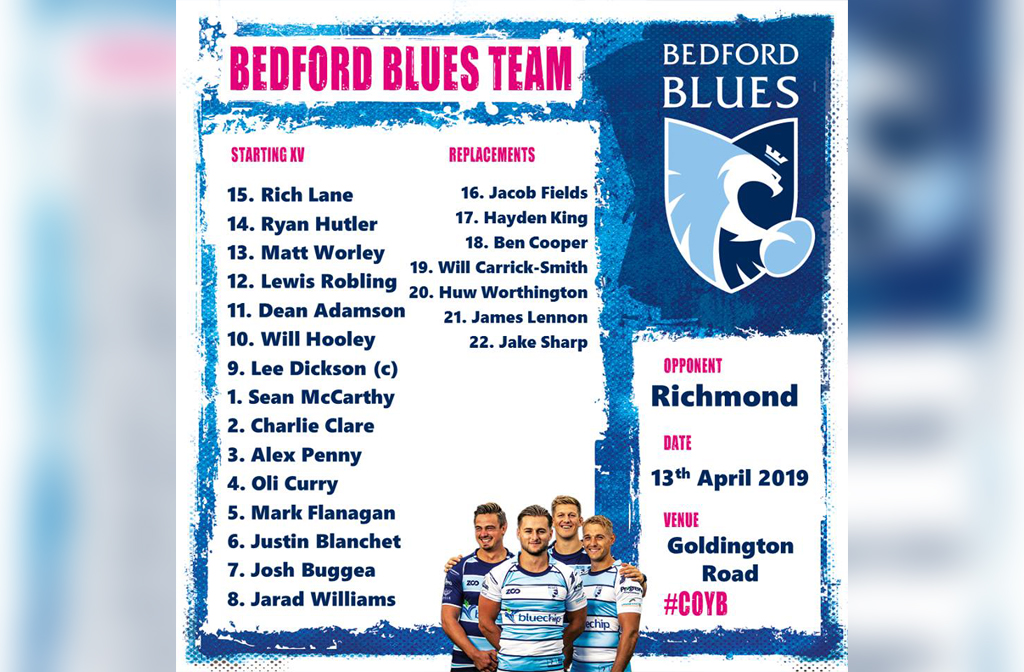