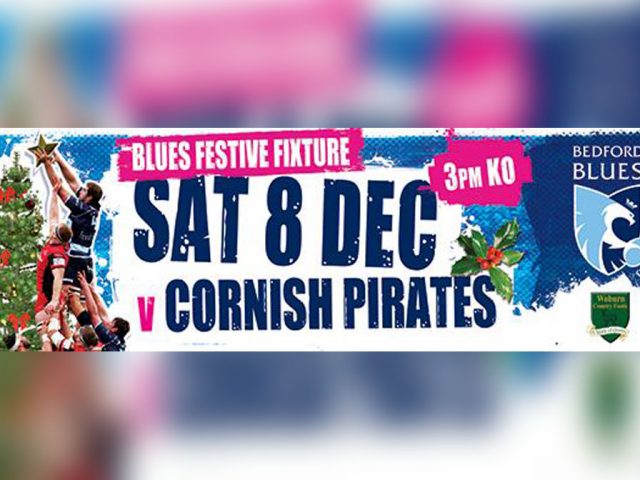 The Bedford Blues will need to give it all they’ve got this weekend against the Cornish Pirates if they’re to keep their qualification hopes in the Championship Cup alive.

The boys will be looking to overcome the disappointment of two back to back defeats to London Irish and it won’t be easy as old rivals the Pirates are on a strong run of form.

Our home side is currently third in the Cup Pool and will need to win the remaining two group matches if they want to reach the quarter finals in their last home game before Christmas.

While they secured a win against thei West Country rivals in the league this season, the Pirates scraped a win in the Cup match on their own soil last month.

Mike Rayer has announced a few changes to the squad this weekend. There will be a 100th Blues appearance for flanker Josh Buggea, returning to the back row alongside Justin Blanchet and Jarad Williams.

Meanwhile Alex Penny joins the front row with Ed Taylor in the second row and Will Hooley returns from international duty to start at ten and Dean Adamson on the wing. 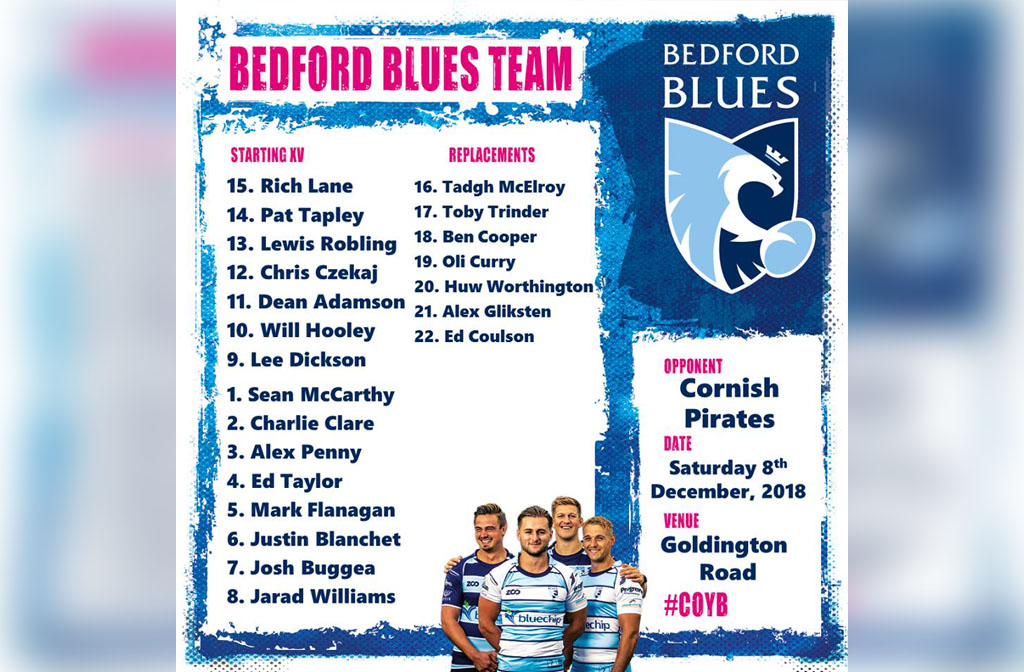