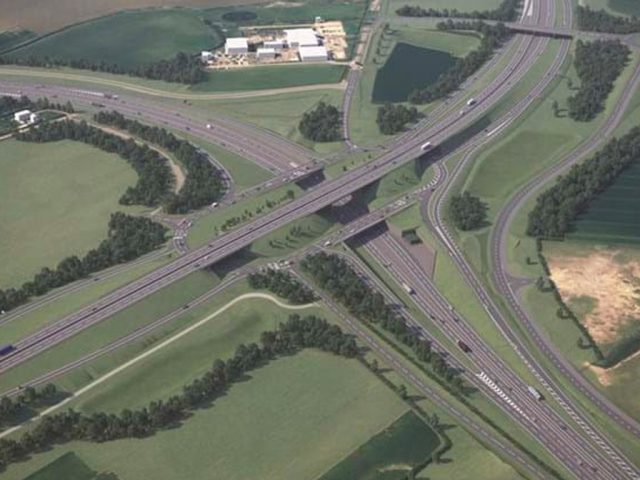 The proposal to transform the Black Cat roundabout on the A1 in Bedfordshire has moved a step closer to fruition as the ‘examination period’ has formally closed.

The roundabout is at the heart of one of the busiest road links in the East of England and National Highways’ proposals will see a brand new 10-mile dual carriageway linking the A1 Black Cat roundabout in Bedfordshire to the A428 Caxton Gibbet roundabout in Cambridgeshire.

Both of the existing roundabouts will be upgraded to modern, free-flowing junctions with a new junction at Cambridge Road, improving access to St Neots town centre and train station.

“People’s input has been essential in getting us to this stage, and the team has been working hard to answer all the questions raised in the examination period.

“We look forward to moving onto the next stage of the project and eagerly await the outcome of the Secretary of State’s decision later this year.”

The next three months will see the Examining Authority (appointed by the Planning Inspectorate), carefully consider all evidence they’ve heard including the many questions and representations from the public, local authorities and interested parties.

The Examining Authority will then make a recommendation to the Secretary of State for Transport as to whether to grant formal planning permission – a development consent order – for construction to begin.

Following receipt of the Examining Authority’s Recommendation Report, the Secretary of State has a further three months to make a final decision on whether to grant or refuse development consent. It’s expected a decision will be made before the end of the summer.

During this time National Highways will continue to work closely with communities, local authorities, parish councils and interested parties along the route of the proposed scheme.