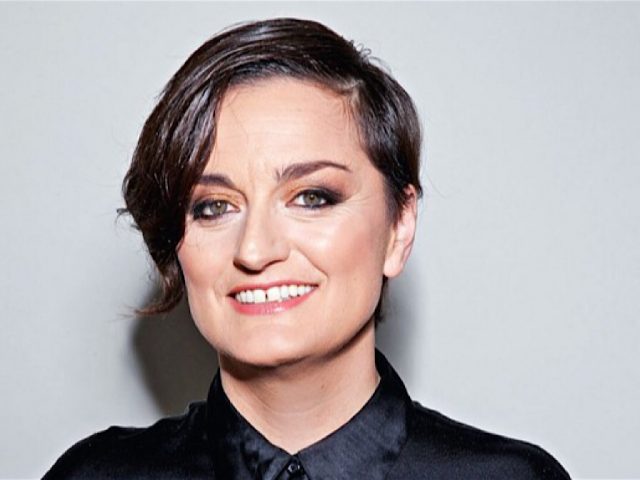 This Sunday, the ‘Best of’ Castle Comedy comes the the Quarry Theatre as part of the Bedfringe Festival. The lineup features Brennan Reece and headliner Gary Delaney.

We caught up with Castle Comedy favourite and show opener, Zoe Lyons, to ask her about heckles, cooking and exactly how ludicrous is Gemma Collins?…

Chronologically and geographically, Bedfringe is the perfect stop off en route to EdFringe. Will the Bedford audience be treated to a sneak peek of your Entry Level Human show?

Well, here’s the thing. Entry Level Human was actually my show from last year in Edinburgh and I’ve decided to take it back for a second outing this year, with just a two week run.

It will be slightly different to the original show which I previewed in Bedford last year. So, the Bedford crowd can come and sample my new bits (if that doesn’t sound too off putting!!)

What’s your favourite panel show to be on? What’s the one you’d love to be on?

I just did Have I got News For You recently for the first time and I’ve got to say I loved it. It was a lot of fun. Ian Hislop had a little bit of a set to with a Johnny Mercer, the Conservative MP and it got deliciously tense for a minute. I also love doing the News Quiz on Radio 4. I was very sad to see Miles Jupp leave the show, he was a joy to work with and always so funny. I would love to have a crack at QI. It looks like great fun and I am just interested in “stuff”.

What’s more terrifying: telling jokes in front of hundreds of strangers or cooking for John Torrode and Greg Wallace?

Definitely cooking for John and Greg. I had some proper disasters on Masterchef. Sometimes the food looked OK but tasted dreadful or looked dreadful but actually tasted OK. I made a pie with so many cloves in it, it made Greg’s face go numb. I know it’s just a bit of cooking but they are so good at ramping up the tension, it was very stressful but also such a good experience. I did however give myself tennis elbow by carrying so many heavy pans over the weeks!

What was the most ludicrous thing The GC said while you were on Masterchef together?

We were filming at the British Airways training academy where they have all the flight simulators. I could not get her to understand what a flight simulator was, she just kept saying “Yeah…. But what actually is it?” In the end it was easier to explain that it was just a tanning stand on stilts.

What’s the best heckle you’ve ever had?

I was once picked up off the stage by a very large man and carried around the room. I don’t know if you could call that a heckle but it has stuck with me.

This interview previously appeared in the Bedford Clanger

Were you the good Samaritans who helped a woman at Priory...

Bedford drug dealers jailed after £50,000 worth of drugs seized