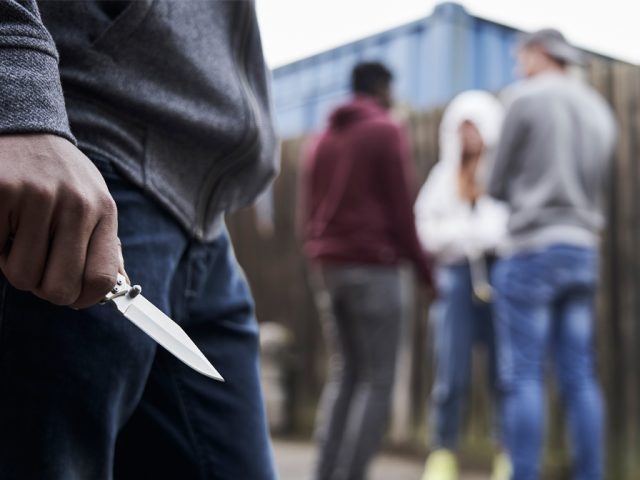 Bedfordshire Police have said they know there’s “much more to do” as Office of National Statistics (ONS) figures show knife crime has seen a sudden rise in the county.

The stats, released last week (22 July), show a 47% increase in the number of reported crimes involving a knife for the first three months of this year when compared to the same period in 2020.

The crimes reported as having involved a ‘knife or sharp instrument’ include attempted murder, threats to kill, assault, rape and robbery.

“We still have so much more to do and are continuing to encourage our local communities to report any such criminality to us as this helps us to build a better picture of the hotspot areas we need to target,” said Bedfordshire Police’s Assistant Chief Constable Sharn Basra.

Bedfordshire Police not to blame

But Labour MP for Bedford and Kempston, Mohammed Yasin, said that Bedfordshire Police are not to blame.

“It is extremely concerning to see this rise in violent knife crime within Bedfordshire and it is clear where the blame lies.

“The Conservatives have cut our Police numbers since 2010 and cut funding for services that prevent crime from happening. Any investment recently has just been catching up on officers previously lost.”

Recently elected Conservative PCC, Festus Akinbusoye, says, however, money is coming in that will boost our local force’s efforts in tackling knife crime.

“I welcome the £2.6m government investment in our Violence and Exploitation Reduction Unit over three years, as well as the recent £7.2m to fund our police operations to take dangerous weapons and gangs off our streets,” he said.

Looking at the ONS stats more deeply, however, knife crime has been dropping in the county.

The Assistant Chief Constable highlights the force’s proactive work, including working with schools and partners, which may be a reason behind this longer-term drop in knife-related crime.

They have also increased their “weeks of action” under Operation Sceptre to remove weapons from our streets and educate those who carry knives.

However, he added that they must also tackle the root cause of knife crime by targeting organised crime too.

“We run specialist patrols to tackle knife crime and the drivers of serious violence such as drug dealing and gang activity,” he said.

These patrols have seen more than 60 kilos of illegal drugs taken off the streets of Bedfordshire.

As part of the operation, officers have seized more than 100 kilos of illegal drugs, £1 million of assets and arrested 50 suspects thanks to 100 warrants carried out by Bedfordshire Police and the Eastern Region Special Operations Unit.

“We are investing a lot of time and resources into prevention activity as well, working with a whole range of partners on projects to help and support vulnerable people,” added the Assistant Chief Constable.

Mr Yasin, however, says more still needs to be done to support Bedfordshire Police’s efforts in the longer term.

“Bedfordshire Police is one of the lowest funded police forces in the UK, and any extra funding that they are reluctantly given is sporadic and piecemeal.

The Government must give our force long-term, sustainable investment to allow police officers to tackle violent crime and get knives off our streets.”

And seemingly in agreement, Bedfordshire’s PCC, says work does need to continue.

“In the coming months and as part of our commitment to preventing violent crime in our county, we will be setting out further plans for a support pathway for parents and guardians as well as mentoring opportunities.

“Much of the knife crime and violent offending we see, I believe are preventable. I am fully committed to doing everything I can to prevent more of our residents from becoming victims of knife or violent crime,” said Mr Akinbusoye.