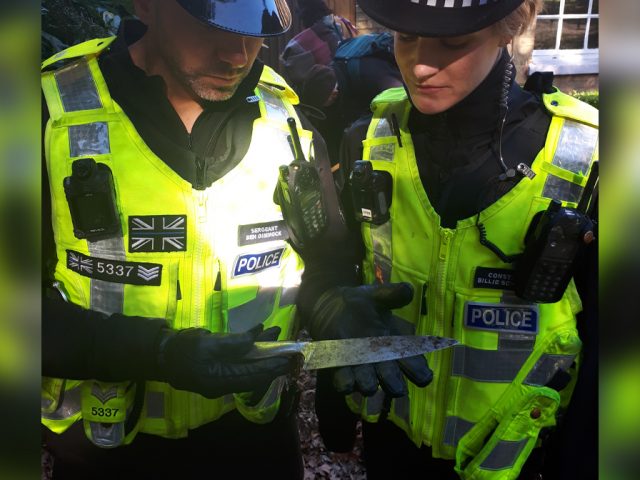 Bedfordshire has been placed in the top three areas for knife crime in the East of England.

The news comes as data released by the Office of National Statistics (ONS) today shows knife crime across England and Wales is at its highest since records began.

Bedfordshire has been placed third in the East of England with 451 reported knife and sharp instrument offences.

That’s behind Essex and Hertfordshire, who recorded 677 and 490 crimes of this type respectively.

But, the ONS say Bedfordshire’s figure could be more as Bedfordshire Police implemented a new crime recording system in May 2018.

This may have led to an under-recording of offences.

The figure does however represent a 6% drop in reported knife and sharp instrument offences in Bedfordshire since 2017.

In 2018 there were 44,443 reported knife and sharp instrument offences in England and Wales, placing Bedfordshire at 23.

Number one in the list was the Metropolitan Police area of London with 14,660. The lowest number was in Surrey with 60.

The government has named the drugs market and social media as reason for the increase, promising a “public health approach” and serious violence strategy programmes to tackle it.

But, police say funding cuts that resulted in 20,000 less officers across the UK since 2010 have seen them struggle to prevent and investigate stabbings.

Charities have slammed youth service budgets that have been drastically cut.

They have highlighted the rise in violent crime and its link to the lack of funding from the government for policing in Bedfordshire and other parts of the country.

The Home Office responded with £4.571m of unique emergency funding in November last year, but this was used to cover the cost of Op Boson, the Force’s specialist response to gang, gun and knife crime.

Earlier this month, a further £1million was awarded to further cover the costs associated with the impact of violent crime in response to some high profile cases in the area.

The PCC, Kathryn Holloway, also announced last month that the part of our council tax that goes to policing would go up by £2 a month (for a Band D home) to raise a further £5.6million.

This would be used to recruit up to 400 new police constables over the next three years and double the number of PCs in community policing across Bedfordshire.

The rise comes after 77% of residents in Bedfordshire responding to a survey issued by the PCC said they’d be happy to pay extra council tax to help fund additional policing.

Assistant Chief Constable Jackie Sebire said: “Tackling knife crime is a priority for Bedfordshire Police, and we are working closely with our partner agencies and our communities to address this issue, which affects towns and cities across the UK.

“We’re continuing to work with schools to divert young people away from gangs and associated criminality by educating them about the dangers and consequences of carrying a knife.

“We also carry out regular operational activity, which includes weapons sweeps, targeted patrols and working with retailers to ensure they know the law around selling knives.

“Last month, community members joined us on a weapons sweep and helped us recover eight weapons, which will now be destroyed.

“We know we face a complex challenge in terms of knife crime and serious youth violence, which is often fuelled by gang rivalries, county lines and other drugs supply models.

“We continue to lobby government for more funds to tackle this threat and have been recently awarded two grants from the Home Office worth more than £5.5million specifically to combat knife crime and serious violence.”