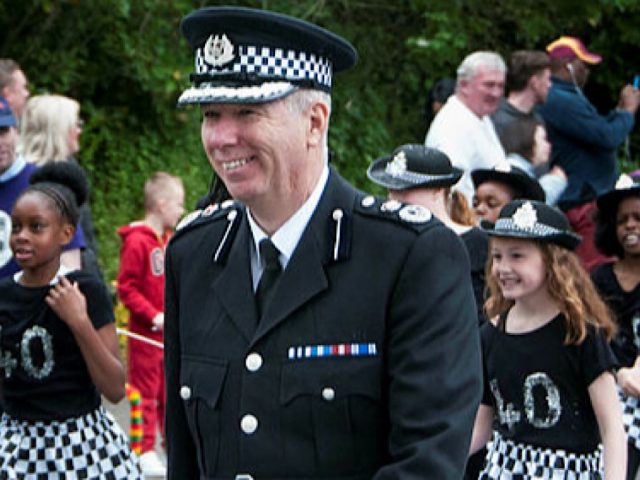 After more than five years with the force, Bedfordshire Chief Constable Jon Boutcher has announced he is stepping down.

Jon’s career spans 35 years in the police service, spending 28 years as a detective with the Metropolitan Police. He worked on the Regional and National Crime Squad, targeting serious and organised crime groups with links to international criminal networks.

He was also part of the Met’s Flying Squad before becoming a leading counter terrorism senior investigating officer dealing with numerous national and international operations.

In 2014, Jon joined Bedfordshire and took over as chief constable the following year.

He said: “I have been incredibly fortunate to have had such a wonderful policing career, but being Chief Constable of Bedfordshire has been the highlight – without question.

“The force is fantastic and it has been a privilege to be chief constable during this period which has seen us improve across the board.

“Bedfordshire as a force had previously faced criticism over many years, that is no longer the position. We have gone from being under special scrutiny and supposedly the one of the ‘worst’ performing forces in the country according to Her Majesty Inspectorate of Constabulary, to no longer being subject to that additional HMICFRS scrutiny.

“In fact we now have positive HMICFRS reports, with forces now coming here from all over the country, and indeed overseas, to see the brilliant work we are doing.

“One of my proudest achievements is that we are one of the top performing forces when it comes to recruiting from black, Asian and minority ethnic backgrounds. The work we are doing to attract candidates to ensure we are reflective of the communities we serve has been held up as best practice and is something I’m utterly passionate about.

“Policing is the most incredible profession and it should be ‘open’ to people from all communities, we must represent the people we serve. That is just one example of the super work the force is doing, pushing boundaries, using innovation and striving to provide the very best service possible.

“Policing remains hugely underfunded and Bedfordshire Police provides the most profound example of this as a force with the most challenging and complex demands normally only faced by metropolitan forces such as the Met, West Midlands and the like, and yet the funding gap has still not been addressed.

“I recognise recent efforts by the current Home Secretary and Policing Minister to reverse a long standing lack of police investment however I would remind everyone that it is the first responsibility of government to protect its citizens, policing must be properly funded. The consequences of previous budgetary decisions are now being felt by all of our communities, this must be addressed.

“I have made great friends across all of our communities and I’m hugely grateful for the support from partners and the public and everyone in the force. Bedfordshire has a wonderful mix of cultures, it is county rich in difference and we enjoy the best of relationships between the force and those we are here to serve. I have made lifelong friends, and over the last five years the force has built the strongest of relationships with those we are here to protect.

“The officers and staff of Bedfordshire Police do a wonderful job on a daily basis and I’d like to thank each and every one of them for their support during my time here.

“I shall certainly be leaving with a heavy heart, but comforted by the knowledge that I’m leaving behind a super talented team who will continue to drive Bedfordshire Police forward.”

Mr Boutcher will continue leading Operation Kenova, an historic investigation into a number of alleged murders, kidnaps and tortures in Northern Ireland.

His last working day with the force will be on 5 July, and Police & Crime Commissioner Kathryn Holloway will be responsible for appointing his successor.

Commissioner Holloway said: “It’s been a pleasure and a privilege to work shoulder-to-shoulder with the outstanding Jon Boutcher over the last three years. His values are part of the DNA of the force and he leaves a strong legacy.

“I believe he will be recognised as an exceptional chief in the history of Bedfordshire Police including his genuine focus on boosting diversity in recruitment.

“We enjoy what I believe is the strongest professional relationship of any Chief and PCC – we’ve stood together on funding and challenged criticism of the force. I know that whatever he’s doing, wherever he is in the world, he’ll continue to stand up publicly for Bedfordshire Police.

“He has provided exceptional leadership of the force, plus the Bedfordshire, Cambridgeshire and Hertfordshire Joint Protective Services, and the regional response to organised crime and counter terrorism.

“He has established a culture within the force and a personal leadership style where the buck stops with him that I will be looking to when recruiting his replacement – a true leader linked to our communities and committed to community policing.”