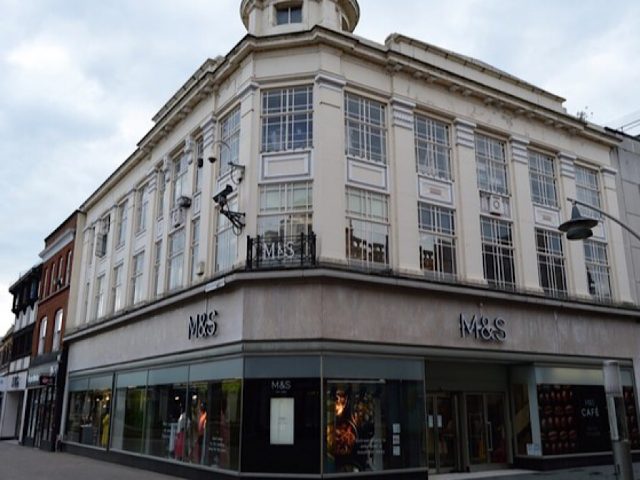 Bedford’s town centre Marks & Spencer will be closing on 4 May.

Staff were told in an early morning briefing this morning and now face an uncertain future. It’s believed their options include positions at other stores or redundancy.

An M&S spokesperson has since confirmed the news saying: “Proposing to close M&S Bedford was a difficult decision. Over the past few weeks we’ve been consulting with our colleagues and, following this rigorous process, the decision has been made to close our store on Saturday 4th May.

“We’d like to thank our customers, the local community and their representatives for the feedback they’ve given.

“We hope to see lots of customers continuing to shop with us at our other stores in the region, including Bedford Interchange Foodhall and M&S Rushden Lakes, as well as on M&S.com.”

The news has come as a blow to many, not least of all the 68 staff who now face an uncertain future.

Just hours after the proposal to close the store was announced, Bedfordian Helen Patterson launched a Bedford Independent backed community campaign to save the store: “I was extremely disappointed to hear that the proposed closure of Bedford M&S” she said.

“The important thing to take away from our campaign it that it only takes one person to start a campaign that can pull a community together. I now call four strangers my friends who up until January 19th when we started the first post-it exercise were all strangers to one another.

“I do not consider the closure going ahead as a lost battle as it was never a battle in the first place. Our campaign was “classy – not arsey” from its conception. The town wanted to have its say – and we had it.”

What next for Marks and Spencer?

Marks and Spencer has had a presence in Bedford for over 120 years. It was first situated in what is now the ‘Old Arcade’.

They moved to the current location on the corner of Midland Road and Harpur Street around 90 years ago.

With just eight years left on their lease, there are concerns that no one will invest in the building and it would lay empty.

But, this morning, Marks and Spencer have now hinted they may have a plan for the building.

In an exclusive statement to Bedford Independent, a spokesperson said: “We’re currently in conversations about the future of the building but can’t reveal anymore at this stage.

“We will notify Bedford’s community once we are able to do so.”

When pressed for more information they remained tight-lipped. But this news should not come as a total surprise.

Marks & Spencer announced they were closing 100 stores back in May 2018. Since then, competitors and other businesses would have shown interest in some of their locations.

They will no doubt have been in discussions with other businesses to negotiate a take-over of some of the shorter leases and it looks likely the Bedford store is one of them.

There could also be a building purchase in the mix. The Land Registry shows that the building is currently owned by ASDA Trustees Ltd, they manage the ASDA pension fund.

If they believe it’s beneficial to sell the building it could be purchased by another pension fund, a developer, or even, should they feel it necessary and funds were available our Borough Council.

This story is ongoing and may be updated.
It was last updated at 11:11, 6 February