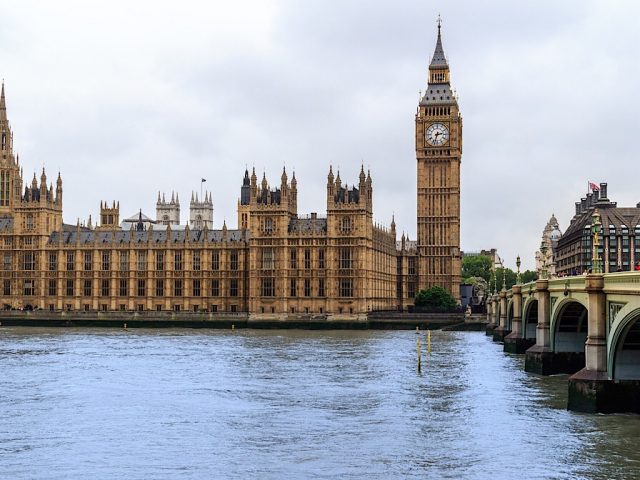 In the week that Boris Johnson announced plans to suspend parliament for a critical five-week period in the run-up to the Brexit deadline, the Bedford Independent asked local MPs and political hopefuls for their opinions on the controversial plans.

Back in July, North Bedfordshire MP, Alistair Burt tabled an amendment attempting to prevent prorogation by the new Prime Minister.

Despite the majority support of MPs, as it was an amendment to a bill that didn’t become law, the amendment – to a bill on the restoration of power-sharing in Northern Ireland – will fall with the start of the new parliament on 14 October.

The PM’s decision to prorogue parliament from 3 September until 14 October has today led to the resignation of two high-profile Conservative MPs.

In addition, an application for a judicial review has been made by campaigner Gina Miller, and over 1.4million people have signed a petition seeking to stop action.

Alistair Burt MP for NE Bedfordshire said, “I understand the new PM’s desire to set out the agenda of his Government through a Queens Speech, and he has every right to do so.

“But the prorogation period is much longer than necessary, and makes the charge that the Government is avoiding scrutiny of its Brexit policy a fair one.

“It could have waited. Better for the Government to argue its case before Parliament, explain its preparations for no deal, and continue to seek a deal to leave the EU with the same urgency as it seems to be adopting for no deal.”

The MP for Bedford and Kempston, Mohammad Yasin said, “Suspending Parliament to force through a no deal Brexit is a constitutional outrage and an astonishing abuse of power.

“Boris Johnson has no mandate for a no deal Brexit from the public or parliament.

“To prevent parliament performing its duty to hold the government to account on the most important issue of our time at this time of national crisis is profoundly undemocratic and is a deeply cynical and cowardly move.

“It flies in the face of parliamentary sovereignty – the very reason many of those who want to leave the EU say they treasure most of all.

“To involve the Queen in this national calamity is disgraceful and unprecedented, and shows the Prime Minister is willing to bypass any of the parliamentary conventions that until now have been respected around the world.

“These actions are more akin to a dictatorship than the mother of parliaments.

“The Prime Minister now has a fight on his hands as there is overwhelming cross-party support against the suspension of Parliament and we will work together to retain the sovereignty of Parliament.

“This is not about Brexit but about Parliament holding the executive to account – a fundamental principle of our parliamentary democracy.

“I will continue to do all I again to stand up for our Parliamentary democracy and ensure the UK isn’t forced out of the EU on a damaging no deal Brexit against their will.”

Ryan Henson, Conservative Parliamentary candidate for Bedford & Kempston is in favour of the PM’s course of action.

“I support the decision to prorogue Parliament. This has been the longest Parliamentary session in close to 400 years and in recent months one of the least active.

“Having a Queen’s Speech will let the Prime Minister focus on investing in the NHS, reducing crime, and cutting the cost of living.

“To those disappointed that this allows four days less time for them to block Brexit, I say: you’ve had a referendum, a general election, and 2.5 years. Time’s up.

“It’s now time for politicians to stop playing games. They need to deliver Brexit so we can move on as a country. That’s what Boris is doing and I fully support that.

“The Prime Minister is working hard to get the UK a good deal with the EU and is making progress.

“But if MPs like Mohammad Yasin continue to undermine our negotiations with the EU they increase the likelihood of a no deal outcome.”

Cllr Henry Vann, Parliamentary Spokesperson for the Liberal Democrats in Bedford and Kempston said, “It is a complete disgrace. This Prime Minister hasn’t faced the electorate and his government doesn’t have a majority in the House of Commons.

“They claim to support democracy and want to return sovereignty to Parliament, but their actions show the opposite – they are trying to stop all scrutiny and just want to force a disastrous no-deal Brexit through. What are they scared of?

“The suspension of Parliament will also see hugely important legislation like the Domestic Abuse Bill dropped, it will halt scrutiny of the Conservative betrayal of Bedford’s rail links, and is all the more scandalous in light of the doubts the Tories are throwing over the status of EU citizens – ending free movement and not putting anything in its place which could seriously affect long-term Bedford residents.

“Bedford is a diverse town with residents from across Europe and further afield; any politician supporting the suspension of Parliament, turns their back on Bedford’s history and heritage. Representative democracy is not about shutting up, it is about speaking up and fighting for our local communities.”

Parliament will now sit for just over a week from 3 September, before breaking until 14 October.