The Mayor of Bedford, Dave Hodgson, has announced that Bedford Borough Council will take steps towards carbon neutrality as it recommends declaring a ‘Climate Emergency’.

The non-violent, direct-action group, Extinction Rebellion (XR) Bedfordshire has been putting pressure on the council to join other authorities in declaring. XR’s Lucy Bywater said: “We applaud this transformational ambition, but it needs to be followed up by policy across all departments.

“We would welcome the appointment of a highly qualified climate change officer, to whom each department and decision would be accountable.”

Bedford Borough Council is set to carry out work to identify how it can achieve carbon neutrality by 2030.  The move is proposed in a report to be considered by Mayor Dave Hodgson’s Executive on Tuesday March 5th.

The report also recommends that the Council joins other local authorities in declaring a ‘climate emergency’ due to the urgent need for action on a national and international scale to tackle climate change.

Bedford Borough Council has already cut carbon emissions by 53% across council buildings.  The wide array of measures taken have included the installation of 8 ‘solar arrays’ at Council buildings, the new hydropower facility on the River Great Ouse in Bedford and an award-winning evaporative cooling system for the Council’s data centre.

Commenting, Mayor Dave Hodgson said: “Saving energy and cutting our carbon emissions has always been a clear priority for us, and that’s why we’ve achieved such dramatic results.  However, we want to go even further in saving energy, cutting our bills and reducing our impact on the environment.” 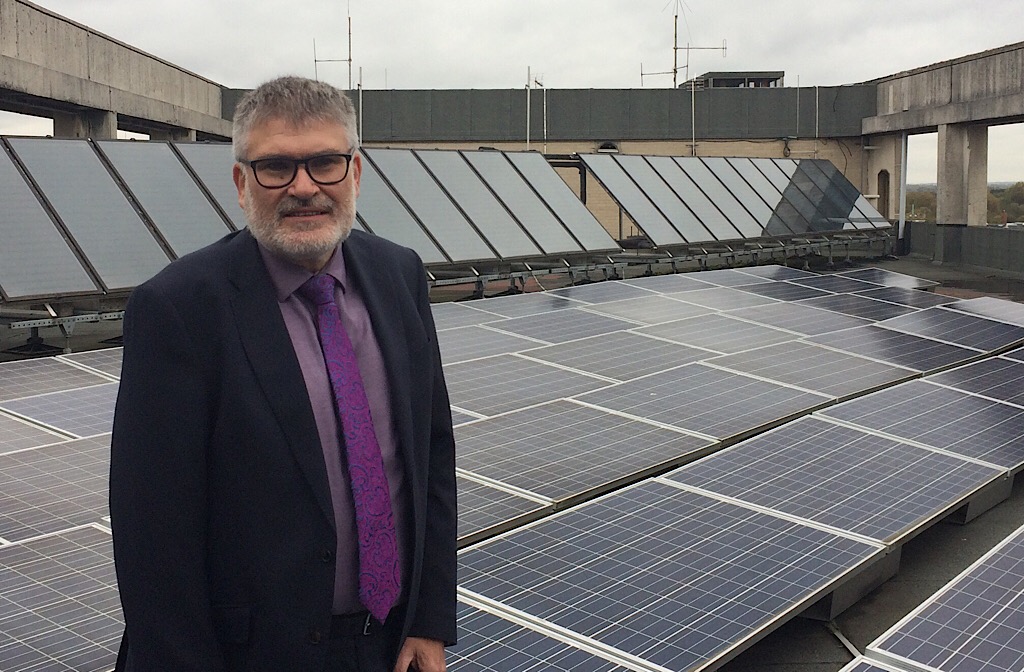 “Carbon neutrality is an ambitious aim, but so was our target of cutting our emissions by 40% and we’ve not only met that but gone well beyond it.”

The proposals to be considered at the March 5th Executive also include a commitment to continue the council’s drive for greater efficiency and sustainability, recognition of the whole Council’s responsibility to tackle climate change, a pledge to work with other councils and encourage them to declare a Climate Emergency and a commitment to work with MPs to call on parliament to provide Bedford Borough and other councils with the powers and resources to achieve carbon neutrality by 2030.