A team of family members from Bedford have run 700km and raised £6,300 in loving memory of Kerry McGirl to help other women diagnosed with cancer in and around pregnancy.

29-year-old, Kerry McGirl tragically lost her battle with cancer at the end of last year, just a few months after her daughter Scarlett was born.

Kerry was diagnosed with stage 4 bowel cancer in May, when she was 24 weeks pregnant.

She visited the maternity ward complaining of what she thought were pregnancy-related pains and within a week she received the shock diagnosis.

After a great deal of soul searching, Kerry continued with her pregnancy having always wanted a daughter and started Chemotherapy a few weeks later.

Despite all the odds, Scarlett was born in August, a healthy and happy little baby.

Despite receiving excellent care, Kerry had to make a 90-mile round trip for each treatment and with the added strains of COVID, 2020 took its toll on the entire family.

Kerry’s family, including her brother Dan McGirl, cousins, Tommy and Colm McGirl and friends Jack Jennings, Luke Sampson, Jordan West and Tom Chinnery wanted to do something positive in her memory.

The group of friends challenged each other to each run 100km in January and raise much needed-funds for Kerry’s chosen charity, Mummy’s Star. 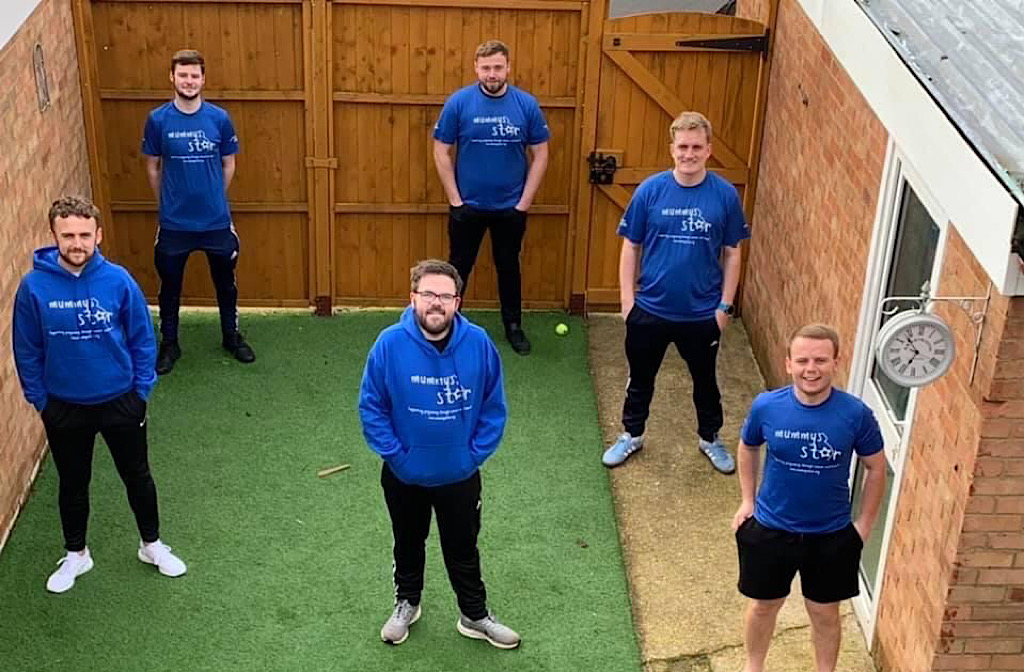 The charity gave Kerry one to one support while she navigated her cancer diagnosis alongside her newborn and toddler.

Mummy’s Star is the only charity in the UK that supports women diagnosed with cancer though pregnancy, birth, loss and beyond.

Despite the country going into its third lockdown, the shorter days plus snow and rain, the friends pounded the pavements each week to stay on track and completed the full 700km on Sunday 31 January.

Kerry’s brother, Dan, said: “We wanted to do something as a tribute to Kerry but with all the COVID restrictions we were very limited, so, we decided to challenge ourselves with running.

“Last year was devastating from the moment she was diagnosed and somehow with her two children being so young it made it all even worse.

“We cannot thank Mummy’s Star enough for being there for Kerry when she needed advice, reassurance and practical support.

“The charity will always remain close to our hearts and this challenge was my way of paying it forward for future mums and families.”

Kerry’s family said they had been blown away by the generosity of the public, which had helped keep them all going.

“January has felt like very long month,” said Dan. “But at the weekend we ran our final kilometres to remember my amazing sister, Kerry.”

Pete Wallroth, Mummy’s Star CEO, said: “We want to thank Dan, Tommy and the team for taking on this challenge and raising so much money for Mummy’s Star.

“We are amazed that Kerry’s family, in the midst of dealing with their own grief, have put such energy into helping other families needing our support. It is an incredible tribute to Kerry.”

The £6,300 will enable Mummy’s Star to provide evening drop-in support sessions for mums for an entire year.

It could also pay for around 25 education and training sessions for trainee midwives so they know more about what are the possible signs of cancer that may be masked by pregnancy.

You can make a donation at their Just Giving page here.